The Liberal government’s crisis is a crisis of liberalism 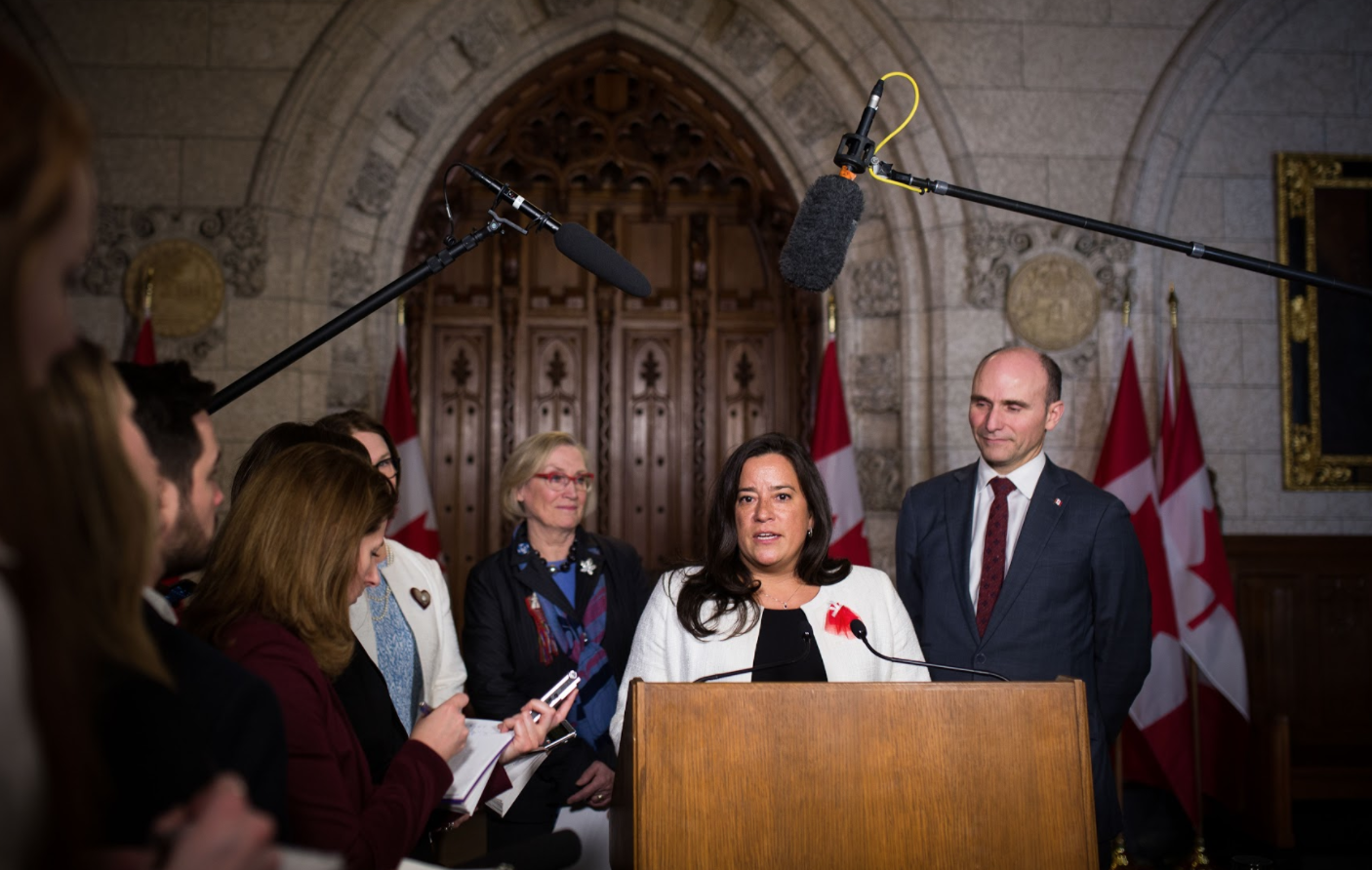 “Diversity only works if there is trust.” That statement by Prime Minister Justin Trudeau may be remembered as the ignominious end of the dream of inclusivity and feminist leadership promised by his celebrated 2015 cabinet.

Following the resignations and unceremonious expulsions of ministers Jody Wilson-Raybould and Jane Philpott from the Liberal caucus, a succession of hot takes have been offered to explain the dramatic implosion of what Trudeau had branded the “cabinet that looks like Canada.”

While columnist Heather Mallick decried the ministers’ “strange feminist decisions,” the Conservatives adopted a new mantra that Trudeau is a “fake feminist.” Conservative leader Andrew Scheer, has gone from fraternizing with a white supremacist and dismissing Liberal “virtue signalling” to, effectively,challenging Trudeau to a feminist arm-wrestling match.

Former Liberal politician Sheila Copps suggested that Wilson-Raybould undermined Trudeau’s work on reconciliation with Indigenous people. She then hounded the former minister of justice and attorney general on Twitter, demanding to know her “end game,” and exulted that the “boil is lanced!” when she got the boot.

Much commentary on the subject appears driven by a commitment to preserving the status quo, animated by impoverished conceptions of feminism and inclusion. The SNC-Lavalin scandal and some punditry have revealed the hollowness and cynicism of not only (big L) Liberal governance, but the (small l) liberal culture of “inclusion and diversity” that has been its hallmark.

Perhaps nothing demonstrates the ethos of liberal inclusivity better than Trudeau’s brand of feminism. We don’t doubt Trudeau’s sincerity when he identifies vehemently as a feminist. This is because it is easy and even expedient for someone in his position to identify with the kind of feminism that has become mainstream. In liberal feminism, the “empowerment” of women and girls is coupled with trade liberalization, measured according to “economic growth,” and realized through development projects delivered by private entities like the Gates Foundation.

The liberal feminist agenda is no less and no more ambitious than installing more women atop oppressive hierarchies after instilling in them market-driven and masculinized formulas for “success.” Mallick said as much plainly: “The feminist dream was to have women in those positions.” Full stop. For Mallick, to walk away from the feminist nirvana of Trudeau’s gender-equal cabinet was frivolous and “philosophical.” For liberal feminists, “girl power” is the power to out-hawk the hawks, to have “cronies” instead of friends. It does not encompass actually exercising the attorney general’s powers independently. Nor does it uplift most women.

Likewise, in liberal “diversity,” the script goes unchanged but the cast features a wider range of hues. Liberalism invites members of marginalized groups to become its most enthusiastic cheerleaders. It is a bargain that rewards the dominant culture with both moral legitimacy and marketability, and the tokens with (precarious) personal prominence. This was made painfully apparent in the revelation that Trudeau had initially tried to shuffle Wilson-Raybould into the Indigenous Services portfolio - which she refused. In the liberal worldview, nobody could be better suited than an Indigenous woman to oversee the bureaucracy of Indigenous dispossession and dehumanization.

Like philanthropy in free market capitalism, liberal inclusion generates warm, fuzzy feelings that, at best, distract from the more difficult work of addressing structural violence and, at worst, help normalize and perpetuate it in the first place. A diverse cabinet hardly covers for the government’s purchase of a very expensive pipeline, the militarized breakup of Indigenous protests over land rights, smug dismissals of the humanitarian crisis on reserves, selling arms to Saudi Arabia for its horrific war in Yemen, and complicity with corruption in Libya.

To this effect, Wilson-Raybould’s cabinet appointment has softened international scrutiny of Canada’s poor record on mining regulation. For example, in 2017, even as the UN Special Rapporteur on the Rights of Indigenous Peoples criticized Canada for failing to regulate Canadian mining companies violating the rights of Indigenous people globally, she praised Trudeau for his “trailblazing” work on domestic relations with Indigenous people, signified most notably by Wilson-Raybould’s prominent role in government.

In this way, we see how liberal inclusivity is designed not to disrupt but rather protect the concentration of power and privatized access to resources. The career ascendance of minorities and women becomes the end goal in itself, rather than a step toward dismantling systems of injustice and inequality. Liberal inclusivity does not aim to eradicate colonial domination but reproduce it.

A better feminism is possible

It is time to move beyond liberal inclusivity culture, which obscures our ability to envision more just futures, even as it clears a path for further dispossession. It is vital, especially now, to insist that a better feminism is possible.

When Trudeau says that “diversity only works if there is trust,” what we should hear is that those select few entrusted with keys to the back rooms of power must never dissent or divulge what they’ve learned. By his logic, the onus is on “diversity hires” to earn the trust of those holding power, and not the other way around.

This stands in contrast to the vision of “real diversity and difference,” and the decentralization of power that Wilson-Raybould called for in her letter to the Liberal caucus. From the wreckage of this scandal we can salvage what feminist scholars Cinzia Arruzza, Tithi Bhattacharya, and Nancy Fraser have called a “feminism for the 99%,” which sees economic inequality and ecological devastation as properly feminist issues. We can start this very minute, taking our cue from Mi'kmaw delegate Hannah Martin who told Trudeau to his face that you “cannot be a feminist if you are allowing corporations to rape the land,” and her fellow Daughters of the Vote, who turned their backs on Trudeau and walked out as Scheer spoke. These young women show us how to cut through the fog to build a vision of meaningful, democratic inclusion rooted in decolonization, that shares power instead of hoarding it, and that seeks to earn trust instead of demanding loyalty.

Many thanks for this very

Many thanks for this very important post. I will be referring back to it more than once.

The foundation of Mr. Trudeau

The foundation of Mr. Trudeau's term in office will be his constant and painful virtue signalling. It hasn't hidden the real Trudeau though.

Supporters in Vancouver riding would back Wilson-Raybould as an Independent