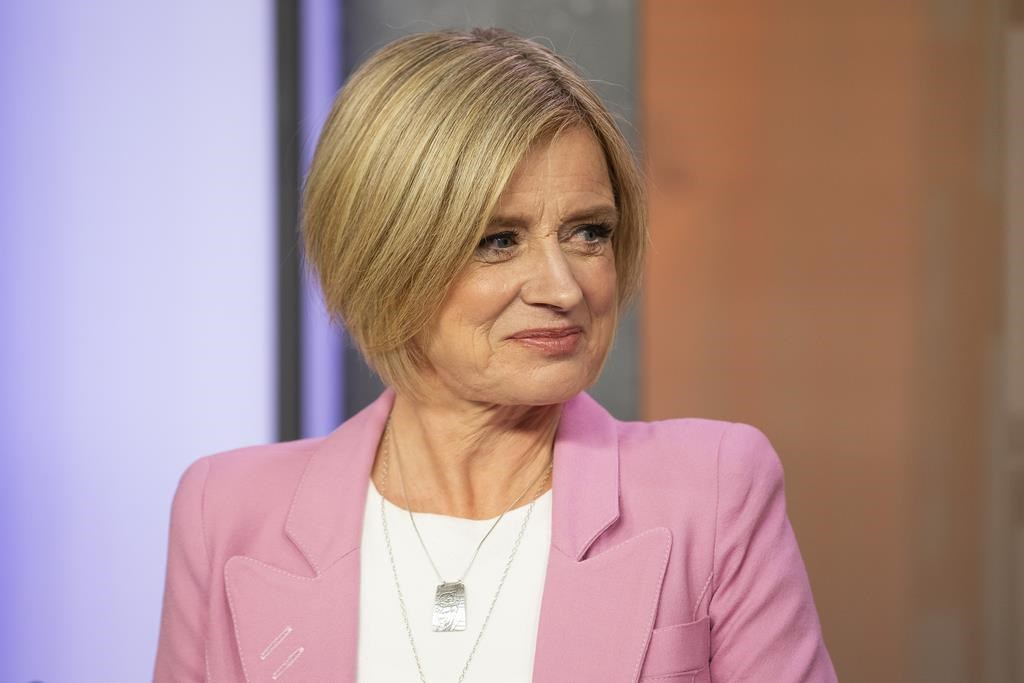 Alberta's two political heavyweights have renewed their challenge to Ottawa over legislation they call a gut punch to the province's oil industry.

NDP Leader Rachel Notley and Jason Kenney of the United Conservative Party also found time Tuesday to accuse each other of grandstanding and blundering on the critical pipeline file.

Notley, via video link from Calgary, urged senators meeting in Ottawa to toss out a federal bill that proposes a ban on tankers off the northern British Columbia coast.

"Toss C-48 in the garbage where it belongs," Notley told a Senate committee.

Bill C-48 aims to make law an existing moratorium on tankers that carry more than 12,500 tonnes of crude oil in the waters between the northern tip of Vancouver Island and the Alaska border.

It passed in the House of Commons last spring and is being debated in the Senate.

Notley said the proposed law is discriminatory because it wouldn't be able to stop international tanker traffic, but would impede Alberta's efforts to get oil to new markets.

She said it's a double standard given that Ottawa supports the liquefied natural gas industry, tankers on the St. Lawrence Seaway and Newfoundland's Hibernia oil project.

Jobs, pipelines, oil, and who is best suited to defend Alberta's interests in Ottawa have been the keystones in the campaign for the April 16 provincial election.

Notley has advocated a pick-your-battles strategy. She says it's important to stand up to the federal government on some issues, such as the tanker bill, and work with it on others. She has said that kind of approach led to Ottawa purchasing the Trans Mountain pipeline to ensure an expansion of the line to carry Alberta oil to the B.C. coast.

Kenney, a former Conservative cabinet minister, is promising to hit Ottawa repeatedly with a legal stick on oil issues should he win the election.

On Tuesday, he spoke at a pro-oil rally in Calgary outside a hotel where senators were holding hearings on another piece of critical energy legislation.

Bill C-69 seeks to overhaul how Canada approves energy projects and would replace the National Energy Board with a new Canadian energy regulator.

Kenney has called the legislation an unconstitutional encroachment on the province's right to control non-renewable resources and has promised to challenge it in court.

"This is a body blow to Alberta's economy and we will not let it stand," Kenney, speaking through a megaphone, told the crowd.

Notley said C-69 is deeply flawed, but can be fixed.

"C-69 needs to be amended to provide certainty and clarity to investors, while at the same time ensuring that we do a responsible job approving these projects in a way that accommodates community and environmental concerns," she said.

"We can do that, but we have to be smarter about it."

Kenney also criticized the tanker bill. He agreed with Notley that it unfairly targets "ethically produced" Alberta oil instead of "dictator oil" imported from overseas.

The two leaders also swapped attacks on each other.

Notley said Kenney's promise to end Alberta's carbon tax would jeopardize Ottawa moving ahead on Trans Mountain, because the federal buy-in has been contingent on the tax being in place.

Kenney said Notley is engaging in an "eleventh-hour phoney fight" with Ottawa because she failed to take effective action earlier on the two bills.

When it comes to environmental laws, oil companies shouldn’t make the rules