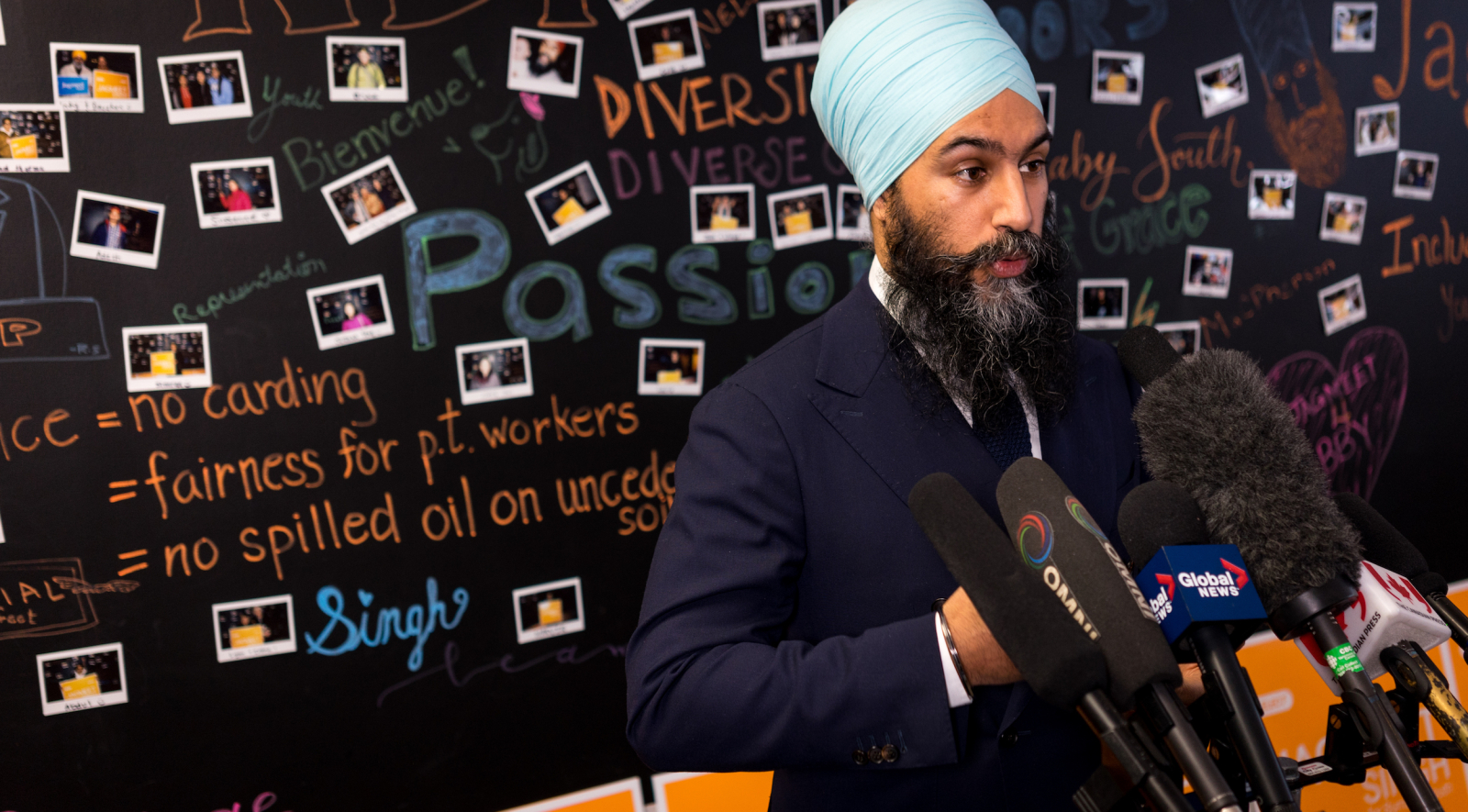 Federal NDP Leader Jagmeet Singh launched the party's climate change policy rollout on Thursday with a housing retrofit plan he says would reduce greenhouse gas emissions and create "tens of thousands of good local jobs all across the country."

The large-scale building retrofits -- which he expects would deliver energy efficiency improvements to all existing housing in the country by 2050 -- would reduce energy demand, create jobs and save families money every month, Singh said.

“People are worried about the threat of climate change, and how we can have a sustainable future with good jobs and prosperity," he said.

An NDP federal government would work with provinces to upgrade social housing units and government buildings first, he said, and would create a fund to provide low-interest loans to private homeowners for energy efficiency retrofits, repayable via the energy savings created each month.

Singh said the NDP would cut the annual GHG emissions from Canada's buildings, which are the third largest source of pollution. He cited evidence that participants in previous federal retrofit programs reduced their energy consumption by more than a fifth, or three tonnes per house.

"That’s concrete action that helps families and is good for our planet,” he said.

Canadians are trying to making green choices in their lives but are stymied by governments in Ottawa that "keep making the wrong choices,” he added, referring to Ottawa's payment of $12 million to supermarket operator Loblaws to subsidize retrofitting refrigeration systems in 370 stores.

The Liberal government of Justin Trudeau also paid $4.5 billion for the Trans Mountain pipeline last year, and is pushing for the expansion to be built over the protests of environmentalists and some Indigenous communities in order to boost the oil and gas industry.

An election is due by October.

“We will make different choices,” Singh said, which would create jobs in "everything from energy auditing and building design, construction and the trades, to manufacturing, clean technology and forestry."