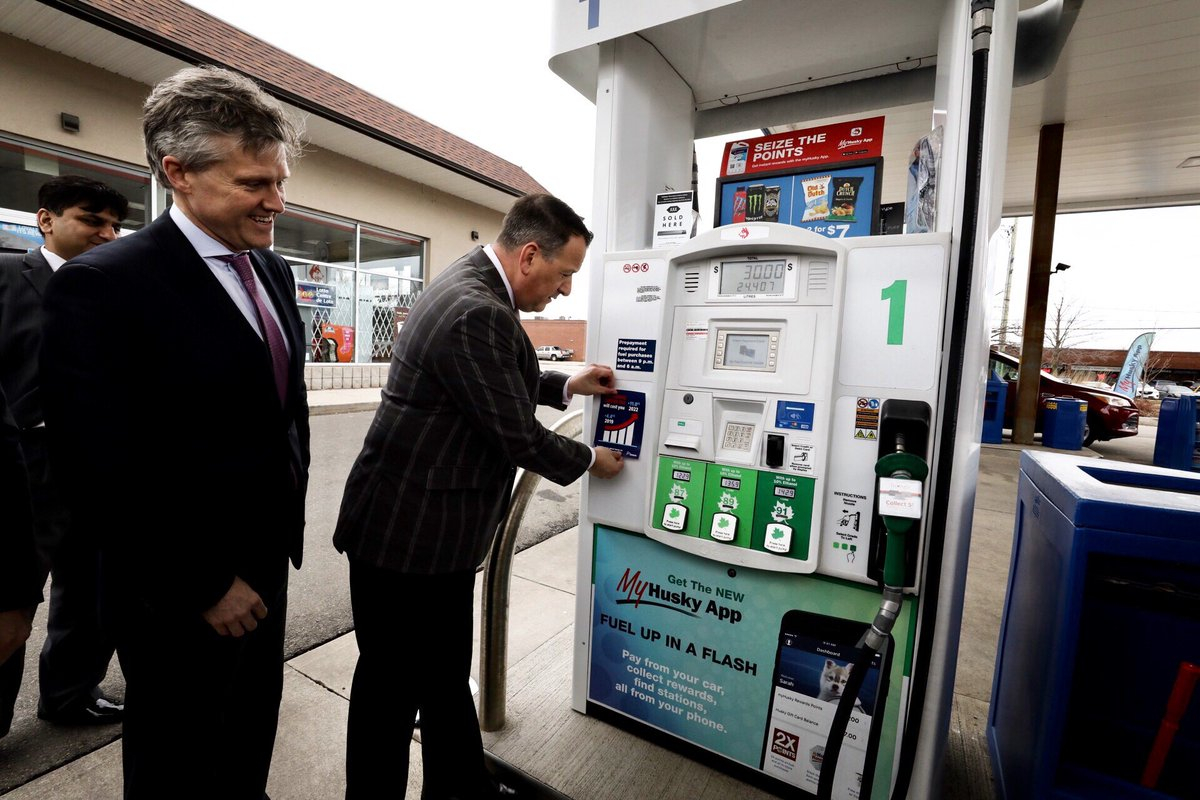 Ontario's Progressive Conservative government released a new ad against the federal carbon tax Wednesday that the opposition decried as publicly funded partisan advertising — something the Tories railed against before they were in power.

The ad features a female narrator saying the tax will see people pay more to heat their home, drive their kids to school and buy food, with the sound of clinking coins between each item listed.

"This will result in the average family paying $648 a year by 2022," the ad says, to the sound of more clinking coins. "Ontario has a better way, holding the biggest polluters accountable, reducing trash and keeping our lakes clean. A carbon tax isn't the only way to fight climate change."

The ad doesn't mention rebates worth hundreds of dollars promised by the federal government, which prompted the federal environment minister to accuse the Tories of deliberately hiding information from Ontarians.

"By denying people this information, they deny them access to money that is rightfully theirs," federal Environment Minister Catherine McKenna said in a statement. "Knowingly withholding information on how to claim their money could cost families hundreds of dollars."

Auditor general Bonnie Lysyk said she would have rejected the ad as partisan if she was able to because it doesn't have all the facts, it criticizes another government and it aims to put this government in a more positive light.

Ontario's auditor general approves government ads before they go out, but she has said that the former Liberal government reduced her office to a rubber stamp when it removed her discretion to veto ads as partisan.

The Progressive Conservatives frequently slammed the Liberals over government advertising they said was partisan and promised during the election to restore the auditor general's powers.

But they now won't commit to keeping that promise, only to look at it.

"We're reviewing it," said Treasury Board President Peter Bethlenfalvy. "But let's be clear — the previous government had a lot of partisan advertising and the federal government is now mailing out postcards on their carbon tax and we think it's our duty to inform the people of Ontario about this job-killing carbon tax."

Bethlenfalvy refused to say how much the radio ad cost.

New Democrat Taras Natyshak was introducing a private member's bill Wednesday that would restore the auditor general's discretionary power to decide if ads are partisan. It is the same bill that now-Solicitor General Sylvia Jones introduced in 2017 when she was on the Opposition benches.

"I assume the Conservatives will support this bill — that's because they already did," Natyshak said. "Voting against this bill would be the height of hypocrisy, the kind of ugly, two-faced double dealing that no one wants to see."

The old rules banned ads as partisan if the intent was to foster a positive impression of government or a negative impression of its critics, but the new rules say an ad is partisan only if it uses an elected member's picture, name or voice, the colour or logo associated with the political party, or directly criticizes a party or member of the legislature.

Green party Leader Mike Schreiner said the ad wastes public money on a partisan campaign against the carbon tax, and linked it to stickers the government is requiring gas pumps to display.

Buried in Ontario's budget bill are fines of up to $10,000 per day for gas station operators who don't display the stickers showing the federal carbon tax adding 4.4 cents per litre to the price of gas now, and rising to 11 cents a litre in 2022.

Critics have also said that new provincial licence plates unveiled in the budget are a form of taxpayer-funded advertising, as they are blue, like the Progressive Conservative party's colour theme, and commercial plates will say, "Open for business," which was one of Premier Doug Ford's campaign slogans.

Stickers and licence plates would not fall under government advertising legislation, Lysyk said.

Ontario is one of four provinces, including Manitoba, Saskatchewan and New Brunswick, where Ottawa imposed the levy because they did not have their own pricing schemes on carbon emissions. It was triggered in Ontario after the Progressive Conservatives cancelled the Liberals' cap-and-trade program.

Ontario is challenging the carbon tax in court this week.

Well, the clinking coins are

Well, the clinking coins are certainly significant - it reminds us that this government is wholly focused on things that will make money - no matter how much mischief or mayhem they cause in the process - and the subtext is that money will go to those who already have too much!