Hundreds of Canadian soldiers deployed to flood zones in Quebec and N.B. 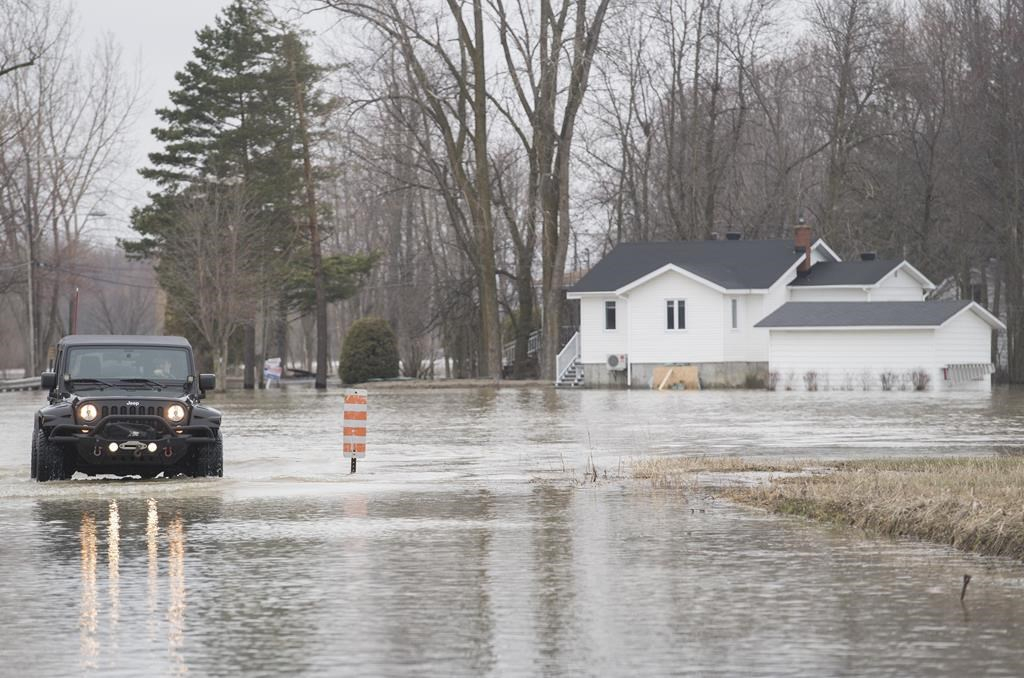 Hundreds of Canadian troops were deployed to Quebec and New Brunswick in April 2019 to help communities cope with spring flooding. Photo by The Canadian Press
Previous story
Next story

Hundreds of Canadian troops are being deployed to flood zones in Quebec and New Brunswick as another wave of spring flooding drives people from their homes across the two provinces.

Legault will visit a community centre and flooded homes on an island in the Laval region, where Canadian Forces troops are expected to join the efforts to limit the damage. The city says it could receive another 20 to 40 millimetres of rain in the coming days.

This is the second time in two years that massive spring flooding has forced the deployment of Canadian military troops in Quebec. A similar disaster unfolded during the spring of 2017, when devastating floods damaged homes and forced thousands of evacuations.

Scientists from the federal government said earlier this month in a comprehensive report that extreme precipitation events "over a day or shorter are projected to increase" in Canada, due to climate change. As a result, "there is a potential for a higher incidence of rain-generated local flooding, including in local urban areas," the scientists from Environment and Climate Change Canada said in the peer-reviewed report.

The report also said that more global warming in the future was "unavoidable," but that some of the worst impacts could be mitigated if Canada and the rest of the world reduce carbon and other heat-trapping pollution to "near zero" by the second half of the century.

Many people across Quebec and New Brunswick have been filling sandbags in an effort to protect their homes. Officials say water levels are expected to rise in many regions due to warming temperatures that contribute to snowmelt and ice movement.

About 200 soldiers started filling sandbags and carrying out evacuations in Quebec's Outaouais and Mauricie regions overnight, with an additional 400 troops standing ready to deploy there and in Laval on Sunday.

Urgence Quebec says that as of Sunday morning, 980 residences across the province had been flooded and more than 1,200 people had left their homes.

Several major floods have been identified as threatening thousands of Quebecers, and so far one death has been blamed on the high water.

Police say 72-year-old Louise Seguin Lortie died Saturday morning after driving her car into a sinkhole caused by flooding in the Pontiac area, about 30 kilometres northwest of Ottawa.

Some of the worst flooding has been in the Beauce region south of Quebec City, where 883 homes were swamped and 765 people evacuated, up from 94 on Saturday.

Quebec's public safety minister, Geneviève Guilbault, has urged citizens in affected areas to avoid unnecessary risks and to leave their homes if necessary.

Federal Public Safety Minister Ralph Goodale said that the federal government continues to monitor the situation through an operations centre.

"Officials are working closely with federal and Quebec partners on planning the details this assistance, including support from Canadian Armed Forces. Citizens can rest assured that help will be provided," Goodale said in a statement.

"I strongly encourage impacted residents to follow the directions and advice of their municipal law enforcement and first responders. On behalf of all Canadians, I would like to thank all of the first responders working tirelessly to keep everyone safe."

Meanwhile, about 120 Canadian soldiers are being deployed across western New Brunswick to help residents threatened by rising floodwaters.

Fifteen communities in that province have been warned to remain on high alert.