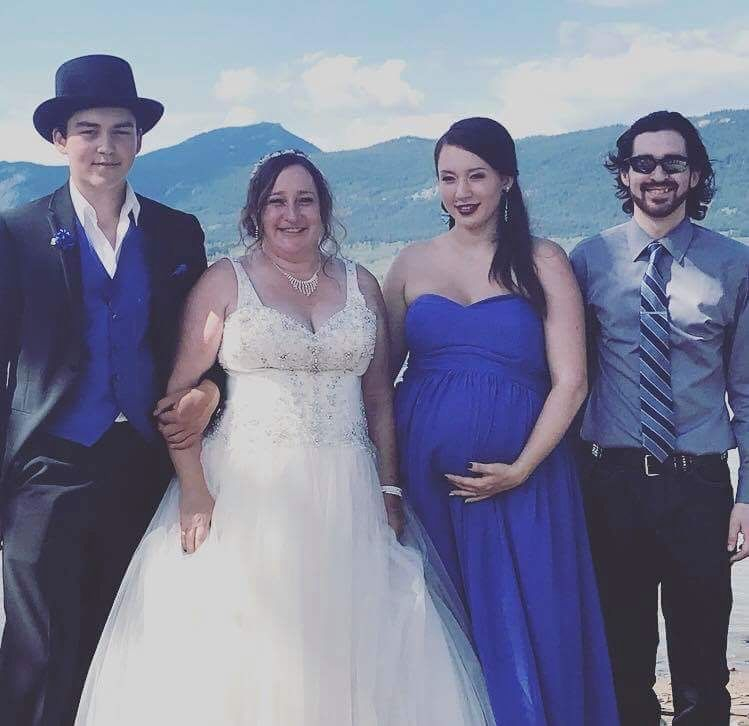 Jarett Sutherland, 27, (on the right) a member of the Nak’azdli First Nation shown here with his mother and siblings, went missing in early April, 2019 in the Fort St. James, B.C. area. Family photo
Previous story
Next story

Frustration is mounting at Nak'azdli First Nation in northern B.C. over how the RCMP is handling the disappearance of a member of the community.

While the Mounties say they are doing everything possible to investigate the disappearance, the mother of the missing man says she is heartbroken and desperate to find her son who went missing on April 6.

Sheila Caswell says it was odd she hadn’t heard from him that weekend as they usually keep in touch everyday via text message. Her son Jarett Sutherland, 27, was last seen walking down Highway 27 towards home at Fort St. James after leaving a party in the morning.

“The Monday night when he didn’t show up at work, I knew something was wrong,” Caswell said in a telephone interview with National Observer. “He knows I’m a worry wart and if he could contact us, he would.”

Sutherland’s cell phone, jacket and belt were found in a neat pile on a mound of rocks near the Stuart River bridge about a kilometre from home.

RCMP stated in a missing person report that “there is reason to believe that Sutherland may have intentionally walked into the river.”

But Caswell disputes the claim that her son may have taken his own life. And the chief of the Nak’azdli First Nation has raised questions about whether the RCMP is thoroughly investigating the young man’s disappearance. The RCMP say they are throwing full resources into it.

“He would never purposely put us through anything like this. My son is really scared of water. I think he went in the water once as an adult. He doesn’t know how to swim…I know he was drinking but it still doesn’t make any sense,” she said.

Sutherland, a Nak'azdli First Nation member, worked at Apollo Forest Products in Fort St. James, adjacent to the reserve. His mother said he is responsible and disciplined. He purchased his first home in Fort St. James a year ago and took pride in his new truck, purchased around the same time. She added that he was shy and preferred staying close to home. He wasn’t a big drinker, but if he did have a few beers it was with his relatives in town.

“Everything just isn’t right, including getting picked up to go and party at five in the morning. He doesn’t go to house parties. He just sticks around home.”

Sutherland worked the graveyard shift and got off work at midnight on Saturday. He went home and played video games online until close to 5 a.m. It’s here that his actions seemed out of character to Sutherland. He was picked up at the Kw’eh Hall on the reserve by acquaintances that he most likely met through work, she said.

They went to a trailer park located along Highway 27 to party at a woman’s home who Sutherland was getting to know.

“They were talking to each other apparently. She has a boyfriend and it doesn’t make any sense for him.” The woman told Caswell that Jarett left the party upset around 10 a.m. and began walking home. The woman hopped on a quad to chase him down and convince him to sober up at her home. But he refused.

A passerby told Caswell that she witnessed a man on the highway arguing with a woman on a quad.

However, Caswell noted that the witness didn’t see him stumbling or acting intoxicated.

“I feel like I’m grasping at straws,” said Caswell.

On Monday, April 8, when Caswell still hadn’t heard from her son she alerted the RCMP and they broke into his home to search for him. When he wasn’t there a missing person report was filed and a search and rescue operation was launched. Soon his belongings were found at the Stuart River and Caswell was told the RCMP believed he took his life.

The chief of the Nak’azdli. First Nation also disputed the theory that he may have taken his own life. He also questioned how much resources the RCMP had deployed in the search.

“It’s concerning,” Chief Alexander McKinnon said in a telephone interview with National Observer. “They (RCMP) didn’t bring in dogs. They haven’t utilized the resources they have if this would’ve been a non-native that went missing. Even the house where he was last at was never searched. The people who last saw him weren’t interrogated… things aren’t adding up for us.”

McKinnon feels the situation highlights inequalities faced by First Nations communities in the north, specifically when it comes to services like the RCMP.

“They are racist. They promise us services, yet when a call comes from the reserve it takes them an hour to show up. Yet when a couple of drunk homeless First Nations are in town and a store manager calls, they’re there with four paddy wagons,” he said.

For Caswell, the days since her son went missing have blurred together. Now, she has lost all hope that he is alive. She too is questioning whether the family received enough help from authorities.

Community members have been out on the ground searching and dragging the river by boat since the RCMP and search and rescue crews suspended their efforts. It’s an exhausting and expensive undertaking for those involved, she said.

“I feel lost and abandoned by the RCMP in the search and rescue. I feel like we’ve been left without any assistance. Friends of ours and my husband have been going out on a boat, but they’ve been getting tired.”

RCMP says his case is a priority

Sgt. Patrick Jenkins of the Fort St. James RCMP detachment said in a telephone interview with National Observer they have followed up on every lead and continue to investigate the young man’s disappearance. Jenkins was responding to Chief McKinnon’s specific allegations about the RCMP investigation.

“I can tell you that all has been done. This has been a priority of the detachment since day one,” said Jenkins who refuted the claim of racism.

“Regardless if this person is First Nation or Caucasian or any other cultural identity, it doesn’t matter, we throw every resource into it.”

A plan by the RCMP and British Columbia Search and Rescue Association to search the river using sonar technology was cancelled last week due to safety concerns because the runoff in the river was swirling at a dangerous pace. He said the RCMP and search and rescue crews covered enough ground and air over several days when Sutherland was first reported missing. The decision to suspend the search wasn’t taken lightly.

“The RCMP is working their hardest to get closure for the family. Right now, our hearts go out to all the family members because of the uncertainty of everything that’s going on. Everybody fears the worst as to what has happened. My heart goes out to the mom because she’s looking at the loss of her son,” said Jenkins.

Caswell last saw her son March 9 when he came to visit her at the hospital in Prince George where she was recovering from a car accident. They had a good time together, he hugged her and told her he loved her. Looking back, she never would’ve guessed it would be her last encounter with him.

“It’s a nightmare. I don’t know where he is. If he met with foul play. If he’s in the river. It’s definitely accidental with him not knowing how to swim. The water is so cold here right now…Jarett wouldn’t like the cold water,” she said.

Meanwhile, the communities of Nak’azdli. and Fort St. James have been rallying to help in the search efforts. Holding fundraiser events to raise money for resources and providing moral support for the family has eased some of the pain, said Caswell.

Editor's note: This article was updated at 12:21 p.m. on April 29, 2019 to remove a quote from Chief McKinnon that makes reference to an unsubstantiated rumour about an unnamed person being known as a drug dealer. National Observer did not view evidence to back up this quote. We apologize for this oversight.