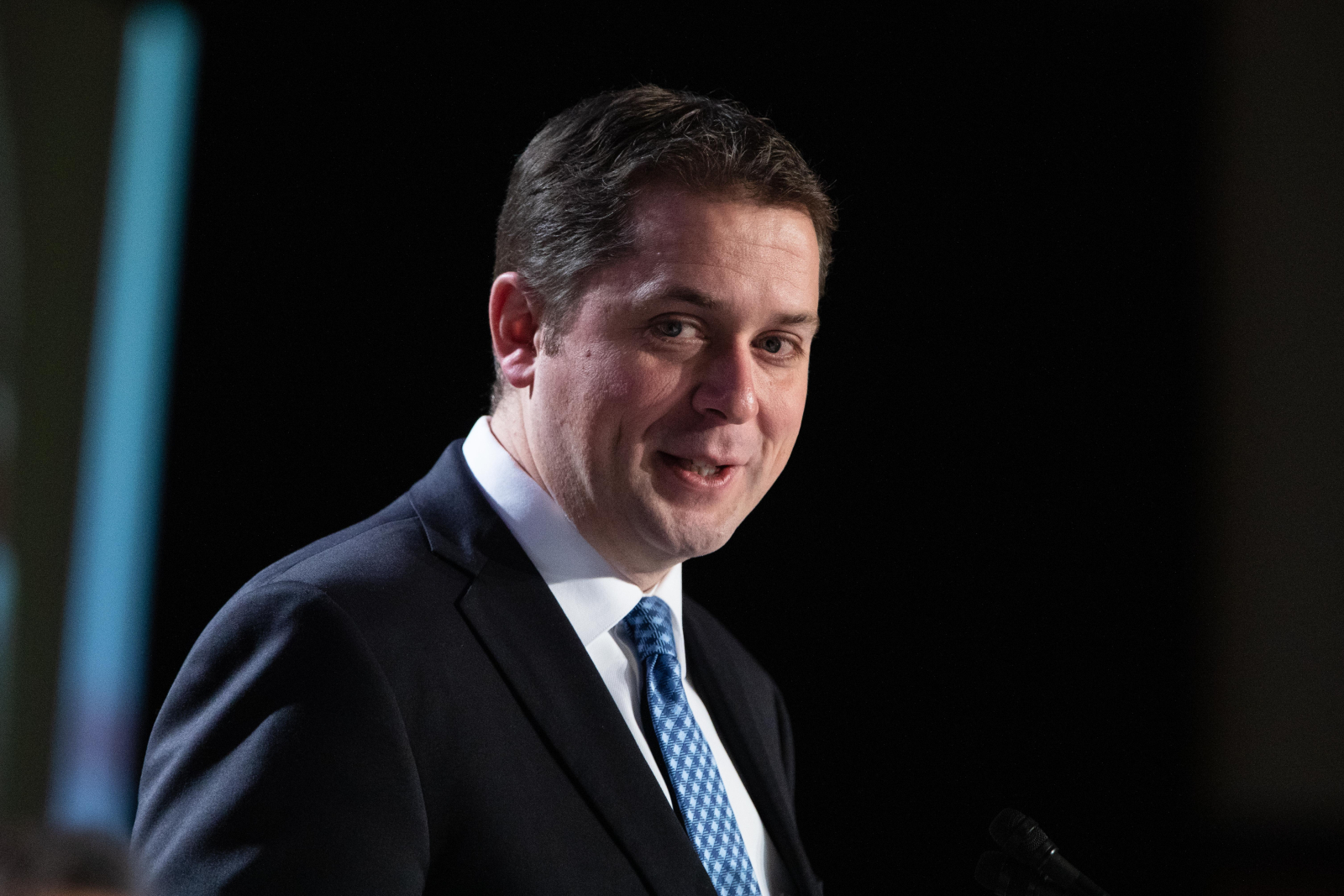 When asked about his closed-doors meetings, Scheer downplayed the private tête-à-tête, explaining that "he meets with people all the time," and that his meeting with a group of oil executives was simply part of his grassroots efforts to build up his Conservative base.

The Globe and Mail reported that a session at the meetings was on “litigation as a tool” to silence environmental critics and featured U.S. opposition researcher Mike Roman, a special assistant and director of special projects and research under U.S. President Donald Trump until last year.

Another attendee has called climate advocates traitors, going so far as calling for their hanging on Twitter.

They all work for an industry that knew about climate change 50 years ago and decided to spend millions of dollars denying it in one of the most consequential lies in human history.

Scheer’s meetings with big oil weren’t about workers or people. They are about his pledge to serve and protect big oils’ interests. Unfortunately, that doesn’t make him very different from Liberal Prime Minister Justin Trudeau.

In 2015, Trudeau signed the Paris Climate Agreement and agreed to limit the increase in global warming to 1.5°C and the average global temperature to below the 2°C mark. In doing so, Trudeau effectively made a commitment to get Canada off fossil fuels in order to drastically reduce its greenhouse gas emissions.

But, that hasn’t happened. Since taking office, Trudeau and his party have had hundreds of lobby meetings with fossil fuel CEOs. It’s why the federal government spent $4.5 billion to overpay for the old, leaking Trans Mountain pipeline and expansion project. It’s why they keep approving fossil fuel projects in an era where the best scientists are telling us we have 11 years to cut our emissions in half.

Here’s the thing: we can no longer wait to take climate action. Our communities are threatened by floods, heatwaves, wildfires and extreme weather. Species are going extinct around the globe at an alarming rate. Sea ice is melting, while parts of the globe are teetering on a knife edge of habitability, the residents of many of those places least responsible for the predicament we’re in.

You can be sure that whether the meetings are in the Prime Minister’s Office, or in a boardroom in Calgary, they don’t hold the answers to this challenge. Instead of meeting with fossil fuel CEOs, our leaders should be planning for a fast and just transition that phases out fossil fuels and leaves no one behind – a sort of Green New Deal for Canada.

Recently, youth across the country launched the Our Time campaign and started organizing around a Green New Deal for Canada. It is an ambitious plan that intends to tackle the two great hazards of our time: climate change and rising inequality. It would ensure good jobs for workers, a livable climate now and for future generations, dignity for all and protection for Indigenous and immigrant rights.

No political party has proposed a plan that meets the scale of the crises we are facing. With both climate change and far-right, xenophobic movements damaging communities, it is our time to push for a bold vision to preserve our future. And, you can be sure, that vision won’t be found in meetings with fossil fuel millionaires.

In case you have forgotten Mr

In case you have forgotten Mr. Trudeau's 2015 pre-election pledge was to wean Canadians off of fossil fuels. Once elected he said we can't leave it in the ground. Then he bought us a sixty-seven year old pipeline for 4.5 billion. What a guy.

I'm sure Andrew Scheer's climate plan will solve all our problems. Can you say "leadership vacuum"?

It is unlikely that the

It is unlikely that the fossils running the petro conglomerates, or the current crop of politicians who have been enslaved by their machinations are capable of bold visions - instead they are too busy fighting for their existence as they sink into the tar pits morass.