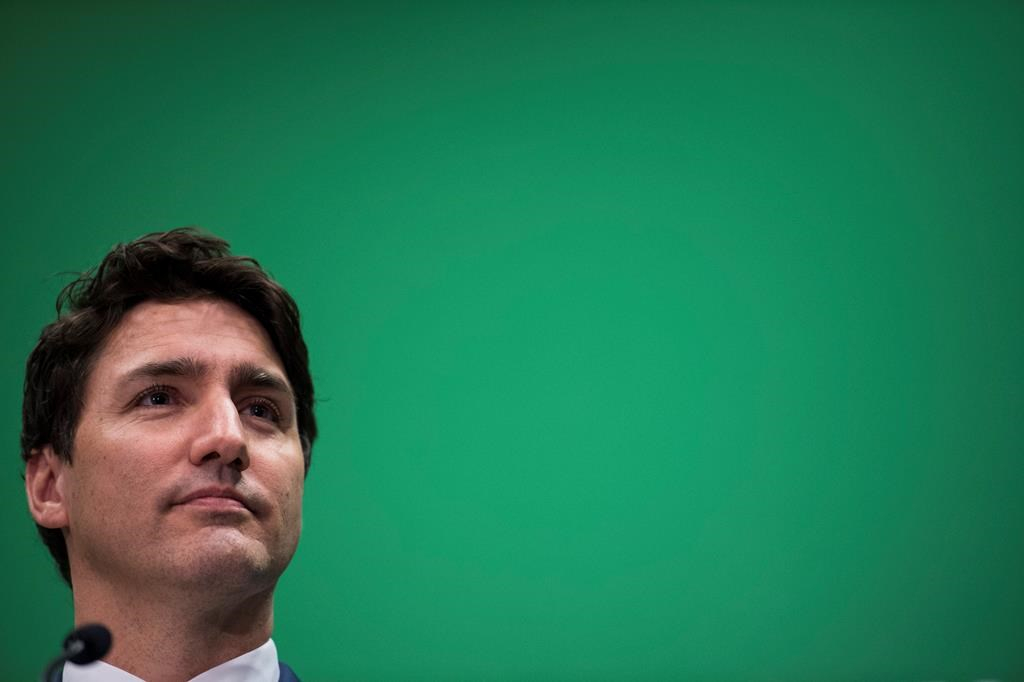 Prime Minister Justin Trudeau made several not-too-subtle references to the American president Tuesday as he pledged to gradually increase international aid for women's health to $1.4 billion annually, with half dedicated to ensuring women have access to safe abortions and reproductive-health services worldwide.

Canada will increase funding for women's health services worldwide from the current $1.1 billion to $1.4 billion by 2023.

The increase includes raising to $700 million from $400 million the amount dedicated to sexual and reproductive health.

Trudeau made the announcement at a major global conference on gender equality in Vancouver, saying Canada is stepping up with money where other countries have retreated.

"While other countries are stepping back on their investments and playing politics with it, Canada is stepping up," he said.

In March, U.S. President Donald Trump expanded his government's ban on funding for any organizations that perform abortion services, referrals or advocacy related to abortion — a policy known as the "global gag rule" that his predecessor, Barack Obama, repealed.

Since then, Trump has twice expanded the policy, most recently to include non-governmental organizations that fund or support other groups that provide or discuss abortion.

Trudeau has been vocal in criticizing what he called a "backsliding" on women's rights in some American states that are severely restricting or outright banning abortion. Alabama's state legislature passed a law last month banning virtually all abortions, but the rules don't take effect until November. Other southern and Midwest states are poised to make similar moves.

Trudeau said he would "always be unequivocal about defending a woman's right to choose."

The funding is part of Canada's commitment to the 2030 Agenda for Sustainable Development — a United Nations-led, 15-year global framework that sets a number of targets aimed at eliminating poverty and hunger while also increasing access to better employment, education and health care worldwide, with a special focus on gender equality and the environment.

"We understand that investing in maternal newborn and child health and in reproductive health rights and services are essential to moving forward in a holistic way that respects women and empowers them to build a better future for themselves, their kids, their family, their community," Trudeau told the Women Deliver conference.

A number of advocacy organizations dedicated to advancing equality rights for women and children applauded the funding increase.

Marlen Mondaca, chief programs policy officer for Save the Children Canada said the commitment will improve health outcomes around the world. She said the money will also help ensure countries don't fall short of the UN goal to achieve gender equality and empower all women and girls by 2030

"We are in a critical time where we are seeing rollbacks on women's and girls' health rights around the globe," Mondaca said.

"Now, more than ever, we need global leaders like Canada to promote health equity for girls and women, including in times of crisis and conflict, where needs are particularly acute."