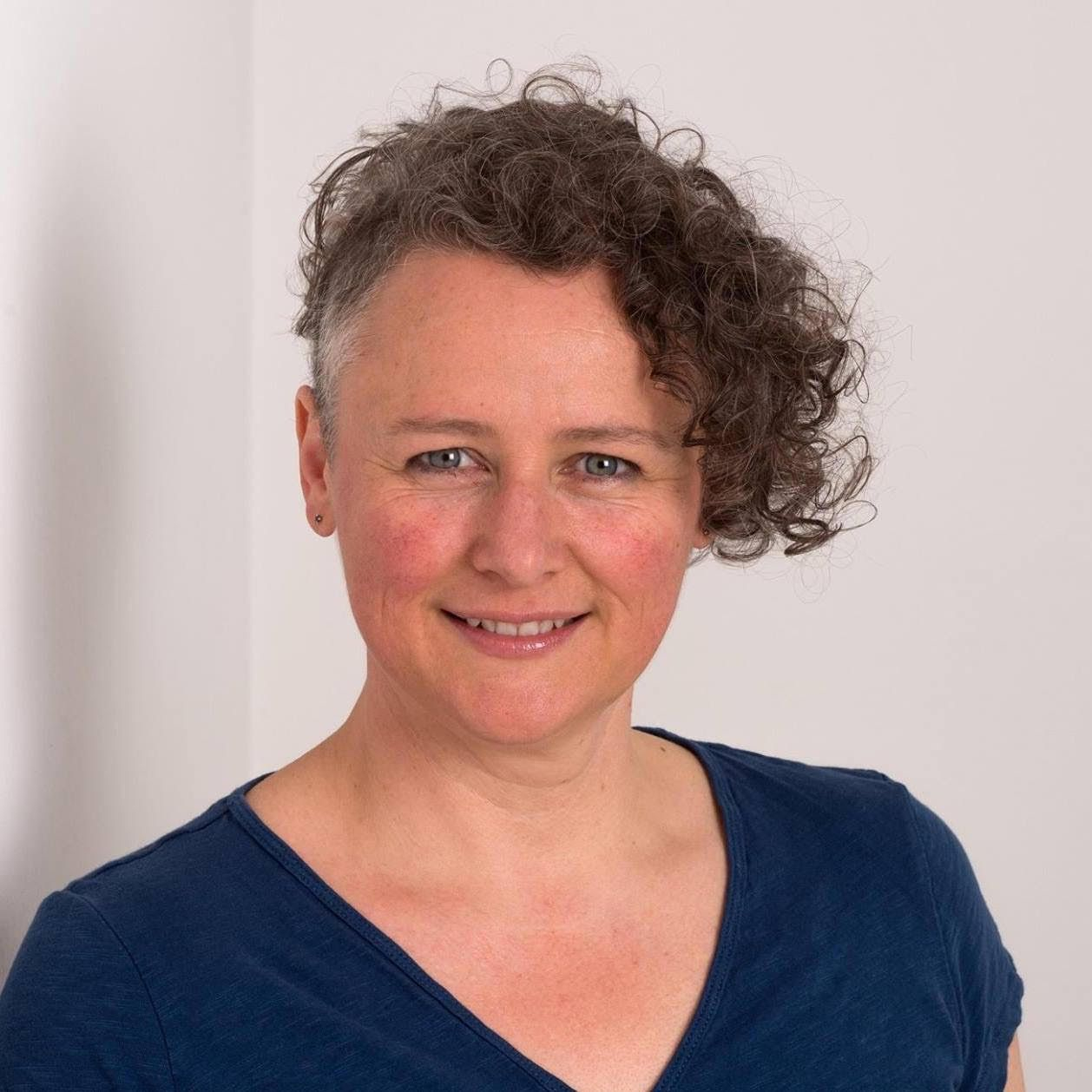 As the Quebec government’s proposed secularism legislation, Bill 21, moves through the legislative process, many continue to sound the alarm. They worry about what this restrictive and discriminatory legislation will mean for religious minorities.

The legislation bans the wearing of religious symbols by people in positions of authority in the public service, such as teachers and police.

For the past few decades, the award-winning author, speaker, and feminist activist has been at the forefront of some of Quebec's most important social movements. Her activism and work with Indigenous and immigrant women have also allowed her a front-row seat to how racism, sexism, colonialism, and neoliberalism affect women’s lives in the province.

Having served as the first elected president of Québec Solidaire from 2006 to 2009, Conradi was also president of Quebec’s most prominent women’s rights organization, the Fédération des femmes du Québec (FFQ) from 2009 to 2015. Despite living in Germany for the past few years, she continues to keep a close eye on political and social developments here.

Her latest book, Les Angles Morts, was just translated into English. Published by Between the Lines, Fear, Love, and Liberation in Contemporary Quebec: A Feminist Reflection is a timely, unflinching, and nuanced look at Quebec politics and culture. Conradi’s feminism is intersectional and casts a critical eye at the blind spots that permeate the province and too often motivate legislators. During a telephone interview, Conradi expressed her concerns about the long-term effects of stigmatization and exclusion within ethnic communities and what it could mean for Quebec.

She says Bill 21 feeds into a feeling that has been growing within the population that it’s somehow okay to discriminate against religious minorities, while at the same time feeding fears that aren't real.

“This legislation allows people to feel that it’s ok to do this to people who have done nothing wrong,” she says. “It treats them as threatening to the society. In the larger context of the rise of right-wing populism, here and around the world, it’s very worrisome.”

Many of Bill 21’s supporters assert the legislation is necessary to ensure gender equality in the province. To them, the hijab is a symbol of women’s religious submission and is forced upon them by religious dogma. They point to countries where women have been fighting for years for the right to remove it. Many Quebec feminists, however, vehemently disagree, and consider Bill 21 to be profoundly sexist and a benevolent form of colonization because it ultimately eliminates women’s choice from the equation.

“As a feminist, I’m all for the state playing a role in furthering gender equality,” Conradi explains. “You can accomplish that goal, however, by ensuring that women have access to work, access to decently paid work, access to daycare facilities and quality childcare services, and by fighting violence against women.”

According to her, Bill 21 legislators are operating under the false assumption that these women need saving.

“While it’s true, that in some countries, women are forced to wear head coverings, that’s not the case here,” she adds. “Legislating women to fit into a certain ideal of equality is paternalistic. There can certainly be a critique in our society of religious power and/or dogma, but it’s never a good idea for the state to take over the role of how women should act and look.”

In her book, the author warns that “good intentions don’t prevent racism from maintaining or reproducing itself.” The Coalition Avenir Québec (CAQ) government denies allegations of racism, insists that systemic racism doesn’t exist in the province and that secularism is the true goal of Bill 21. However, a recent Leger poll has identified anti-Muslim sentiment as the main motivation for those who support a ban on religious symbols.

“It’s hard to project what the government’s real intention is here,” says Conradi, “but when Premier (François) Legault says, ‘This is how we live here,’ he shows his intentions are to define how people present themselves in certain types of functions. And the way they have chosen to define it leads to discrimination. I always say, it’s not the intention that counts; it’s the effect.”

If the proposed legislation is adopted, people who aspire to government positions will face a hard choice: remove their visible religious symbols or find another career. Even with a grandfather clause allowing existing employees to keep their symbols, a promotion or a lateral transfer won’t be allowed, essentially restricting them to their current position. It’s a terribly unfair Catch 22. It limits their options, marginalizes them, and will force many to leave. At a time when Quebec is facing major labour shortages and is in dire need of qualified workers, this legislation feels not only pointless, but counterproductive.

Quebecers must shoulder the responsibilities of a majority

At the heart of Bill 21 and Bill 9, proposed immigration legislation, many Quebecers see issues of self-determination and self-affirmation. In her book, however, Conradi challenges the Quebec nation to understand that, despite its minority status outside of the province and despite its history of marginalization and colonization, it is a powerful majority at home now and “finds itself obliged to deal with a new responsibility, one that belongs to any majority.

"The issue is how it welcomes and handles the claims of ‘others’ as they face economic, political, or social inequalities. This responsibility implies involving new reflexes, even when the echoes of inferior status still resonate.”

Conradi worries about the pronounced anti-religious sentiment she sees in many Quebecers. “They’re not getting what belief is,” she says. Even though she identifies as a doubting atheist, and she understands that some people may have neither will nor desire to understand spiritual or religious views, she thinks it’s an essential part of living in a diverse world.

“Respecting others, and putting oneself in their shoes, is part of living in a diverse society,” she says. “It’s about finding a way to live together with mutual respect. Whether we understand it or not, the hijab is a part of who they are. There is a need to be in the world as we are; not to conform to a singular ideal. It’s very controlling to ask people to fit in to a one-size-fits-all mold.”

While she understands fear of rising religious fundamentalism, she believes that it can be tackled in a different way. “Whether it’s Christian, Muslim, Jewish, Sikh fundamentalism, we need to document it and address it through education, gender equality programs, and not coercion of religious minorities,” she adds.

Both bills send a negative message

The CAQ aims to have both bills adopted by mid June. Bill 9, jovially called “An Act to increase Québec’s socio-economic prosperity and adequately meet labour market needs through successful immigrant integration,” has been met with dismay and protests because 18,000 skilled worker applications would be thrown out. A court injunction is forcing the government to continue processing applications until the new law takes effect, but this has understandably left many applicants facing uncertainty and stress.

“If adopted, these bills send a very negative message,” Conradi says. “Governments have failed to stand up for minority rights and have allowed fears to take over. They have allowed the nastiness to fester. This is confirmation of what happens when a government allows fears to set policy, instead of looking at what’s real. Both bills contribute towards establishing the idea that POC are not wanted in Quebec and we’re seeing that governments are willing to instrumentalize people’s fears, which is extremely worrisome.”

She also doesn’t understand how and why a province which has much control over its own immigration portfolio aims to limit the number of new entrants.

“It’s ridiculous to try and cap immigration in Quebec,” she says. “We need immigration. To close the door to people who have been waiting for so long is just cruel.”

In her book, she states: “Awareness is sometimes too brutal. But trying to run away from it is not a strategy for social change. It is a fallback position – untenable.” That specific quote refers to rape culture, but it could apply to any reality (systemic racism, xenophobia, Islamophobia) a majority does not want to acknowledge because it’s uncomfortable in addressing it.

Despite the negative prospect of adoption of both bills, there’s one thing that makes Conradi hopeful: young Quebecers.

“I see a lot of hope in the younger generation,” she says. “Things are changing. In 2013, when the Quebec Charter of Values was introduced, no large organizations or federations took a stand against it. That’s not the case now. Many are mobilizing against these bills.”

The CSN (The Confédération des syndicats nationaux, the second largest trade union federation in Quebec with 300,000 members), the FFQ, Quebec Solidaire, the English Montreal School Board, and many others, have expressed opposition to the bills.

“Younger generations are not as traumatized by religion, because they are growing up with religious, sexual, and gender diversity all around them,” she explains. “This is the world they know and it’s not scary to them.”

As an older ex-Catholic woman

As an older ex-Catholic woman, I understand the view of the people who believe that "these women need saving." When I was young, women and girls needed to cover their heads in Church. Nuns wore outfits which very much resemble that of burqas (without the face covering). It is hard for us, who rebelled against the Church's restrictions, to take the view that ANYONE could chose to be veiled or covered. I once felt this way myself. However, I have come around to a different view. First, if a woman is indeed being forced to wear a veil or other covering in order to go out and take part in education and the workplace, it is better for her to be educated and working than free of the coverings but restricted to her home. Second, if a woman really does chose to be covered (even in some cases one whose family does not want her to), who am I to object? In the end, the crucial thing is that her covering does not really harm me (or anyone else).

What I find 'odd' ... I find women do not require a hijab to be oppressed. So where the notion that women who wear head coverings are oppressed has me a little perplexed at times. At work, for example, I have couples coming to the counter. The woman is behind the man, taking his suggestions, following his orders - or in some cases, where the man is answering questions for her, when the item being reviewed is her property. And there she is his property, or behaving as such. Nor does she have to identity as 'muslim' in order to fit this 'characterization'. The last woman I saw at the counter had just left her husband of 18 years and ... max bless her strength. She very much sounded a appeared to be of European Descent and Christian (cross). It took a lot for her to run from her husband. 18 years, to be precise. It doesn't matter whether we have a head covering or not - the oppression of women is immune to what we wear. Much like it doesn't matter whether we wear a mini skirt or not. As for the secularism law - I know very well that many women continue to wear the hijab because without it, they'd feel 'naked'. It's like wearing a watch for years. The second you forget to bring it with you, you spend the entire day feeling as though you're missing something.