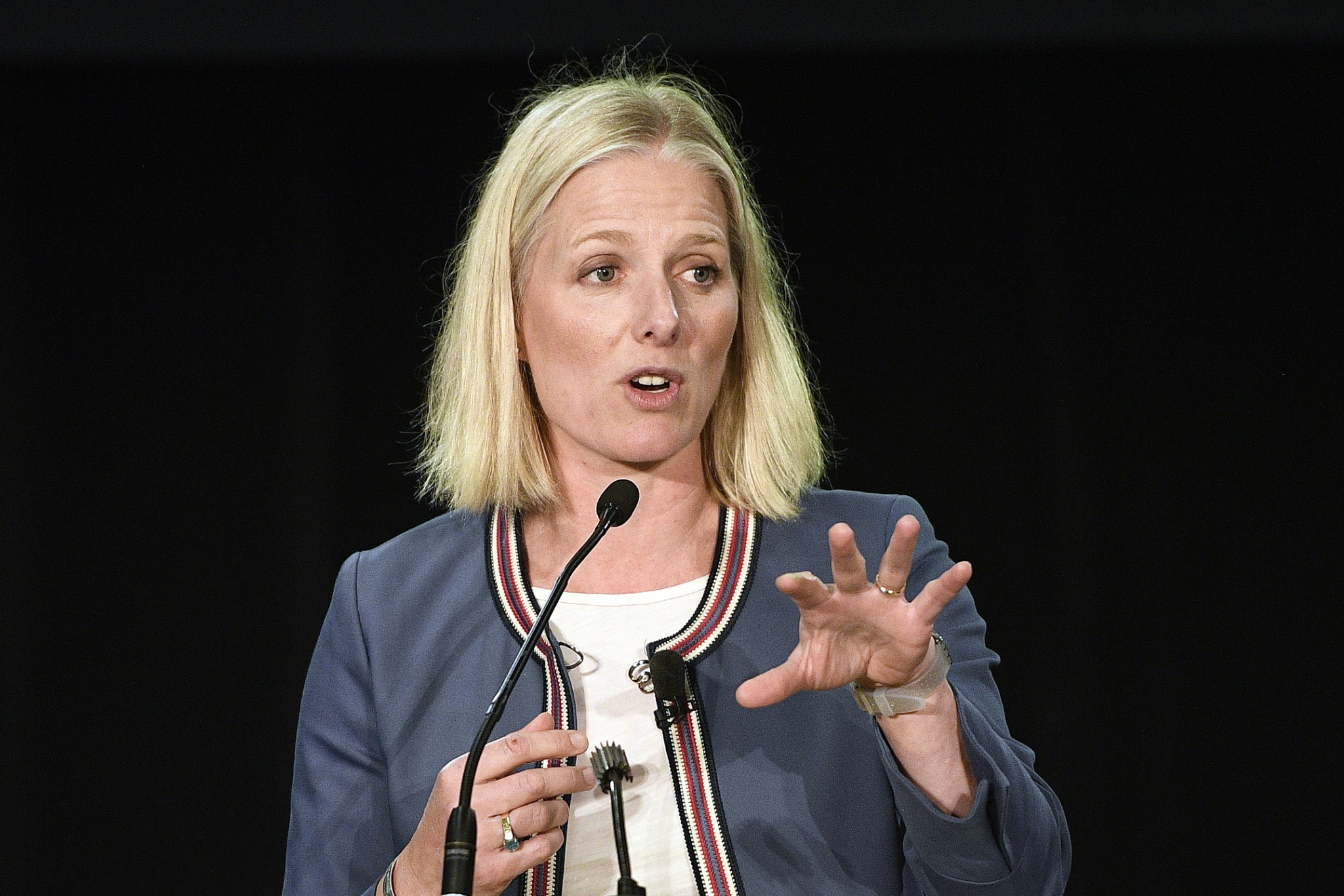 The Trudeau government is accepting dozens of changes made by the Senate to its bill overhauling the environmental assessment regime for fossil fuel and other projects, but is rejecting dozens of others mainly backed by Tory senators.

Prime Minister Justin Trudeau is trying to shepherd one of his government’s signature pieces of environmental legislation through Parliament with just seven sitting days left before the government breaks for the summer and the fall federal election.

In doing so, he’s facing down premiers in Alberta, Saskatchewan, Manitoba, Ontario, New Brunswick and the Northwest Territories — not to mention the Conservative Opposition in Parliament, who are all unhappy with how the government has dealt with the Senate’s amendments to the bill.

Bill C-69 would change how regulators in Canada examine major resource projects like pipelines and oil drilling sites. It includes changes to how Indigenous and environmental concerns are dealt with as well as how the public is consulted.

The bill passed the Senate this month and was sent back to the House with 188 amendments, covering everything from the role of the provinces to the powers of the environment minister and the new regulator, the Impact Assessment Agency.

The government signaled Wednesday it had accepted 62 of those amendments verbatim, and a further 37 with alterations. However, roughly 90 per cent of the 89 remaining amendments that were rejected had been proposed by Conservative parliamentarians.

“We promised to put in better rules for major projects, that restored the trust of the public, protect the environment, advance reconciliation, ensure good projects can go ahead in a timely way,” Environment and Climate Change Minister Catherine McKenna said on Parliament Hill on Wednesday. "However, we will not be accepting amendments that weaken the rules."

The minister said that "conservative politicians" want to replace environmental review with what she called a "pipeline approval process."

"They want us to copy and paste recommendations written by oil lobbyists, for example, that would block court challenges, that would make it easier for future governments to ignore the views of Indigenous peoples, that would limit Canadians' input and shut Canadians out of the process and that would increase political interference in decision-making."

Three energy ministers from Ontario, Alberta and Saskatchewan — all from conservative-leaning governments — later expressed disappointment in the rejections.

Savage claimed, without evidence, that the Trudeau government was "willing to sacrifice every single one of the 533,000 jobs created by the oil and gas industry across Canada in an attempt to fill a misguided political promise."

Rickford, who was part of the former Harper government in Ottawa, which introduced sweeping changes to environmental legislation that significantly reduced federal oversight of industry, also described Trudeau's efforts as "misguided."

“This radical piece of legislation sacrifices economic growth of Ontario by trampling our provincial jurisdiction over nuclear power," Rickford said.

Some of the changes made by the Senate were word-for-word proposals by energy groups, the Canadian Press reported.

Patrick McDonald, director of climate and innovation with the Canadian Association of Petroleum Producers (CAPP), the largest oilpatch lobbyist group in Canada, said last month they had been trying to “fix” the bill, including carrying out “extensive work with our members to come up with, in our view, a suite of amendments...that would make it something that is workable.”

CAPP recently staffed a booth at the Clean Energy Ministerial, a recent summit in Vancouver bringing together thousands of government and private sector representatives from 25 countries, and handed out “I love Canadian oil” stickers by its Canada's Energy Citizens initiative.

House Leader Bardish Chagger said the government would quickly start the debate on its response to the Senate's proposed amendments. That would send the bill back to the Senate, which will then have to decide whether to accept the House’s modifications to its amendments.

If not, the government will have to deal with legislative ping-pong, as the bill is sent back and forth between the House and the Senate until both are satisfied with the way it is written.

Environmental lawyers said they were pleased with how the government had dealt with the amendments, saying they preserved "key safeguards that the Trudeau government promised voters in the 2015 election."

The full Senate amendments would have "gutted" the bill, argued Anna Johnston, staff lawyer at West Coast Environmental Law Association in a statement. “This bill is about protecting Canadians, and the environment they depend on, against the consequences of short-term thinking. The Senate needs to realize that.”

One of the Senate’s key changes relates to timelines for the assessment process for projects, and the government has ensured cabinet will retain veto power on approvals. Another alteration ensures the minister can include assessments on how Canada’s climate change commitments should be considered in projects.

The six dissenting premiers wrote a joint letter to Trudeau on Monday threatening that if the government doesn’t pass the bill with all Senate amendments, it would “present insurmountable roadblocks for major infrastructure projects across the country and will further jeopardize jobs, growth and investor confidence.”

Alberta Premier Jason Kenney said Wednesday he was “very disappointed” that Ottawa had rejected many of the Senate’s amendments.

“My message to Prime Minister Trudeau is simple: this is not a partisan issue — it is a matter of restoring international confidence in Canada at a time when our reputation as a place to invest is at risk,” he said.

Trudeau fired back at the premiers on Tuesday, saying "I think it's absolutely irresponsible for conservative premiers to be threatening our national unity if they don't get their way.”

Conservative Leader Andrew Scheer, meanwhile, said he was “surprised” at Trudeau’s response to “premiers who are very reasonably putting forward their concerns about this terrible piece of legislation.”

The prime minister is positioning C-69 as a response to former prime minister Stephen Harper, whose government passed the legislation under which the current environmental assessment regime operates.

“C-69 is all about making sure that we improve the process that failed under the Conservatives, under Stephen Harper,” said Trudeau on Wednesday.

The NDP continues to support the bill, said Leader Jagmeet Singh, because “we absolutely need to respond to the urgency of defending our environment.”

But he added he felt the government was being “hypocritical” by pushing forward on environmental bills after it had purchased the Trans Mountain oil pipeline and expansion project.

Chagger said that the government could get the bill passed again this week, potentially having to resort to debate-restricting techniques such as time allocation.

McKenna declined to answer when asked whether she supported time allocation for C-69. “The good news is that decisions about how we go through the House are up to the House leader,” she said. “What I am hopeful about is that we can move forward.”

Asked on Wednesday whether she was worried there might be legislative ping-pong, Chagger said the government had done a “good job” at accepting many amendments.

“Sometimes, we just cannot accept amendments if it doesn’t improve the legislation or advance the work that we’re trying to do. We really do believe that the environment and the economy go together. We do want to provide the energy sector certainty. This legislation is intended to do that,” she said.

The big takeaway for me these

The big takeaway for me these last few weeks has been how blatant the conservative lobbying for Big Oil has become. Just this morning Danielle Smith posted an op ed piece in the Calgary Herald, claiming Big Oil has created a technology that produces 0 emissions from extracting fracked gas ...see "Trudeau is blocking Alberta From Saving the Planet", Calgary Herald, June 14. It's crazy, but crazy is the current spin

It seems there is nothing our Conservative pundits aren't prepared to do to further the fortunes of the Fossil Fuel Industry, and guarantee the tanking of the planet. But hey...we all know the guys who got us into this mess are the guys who we should trust to dig us out of our current CO2 deficit.

Pass the Bill Justin, if you have to hold parliament in session until August!

Liberals and all people who can take in the science need to stand firm on this one. Short term profits should not trump environmental safeguards.