What you should know about the circular economy 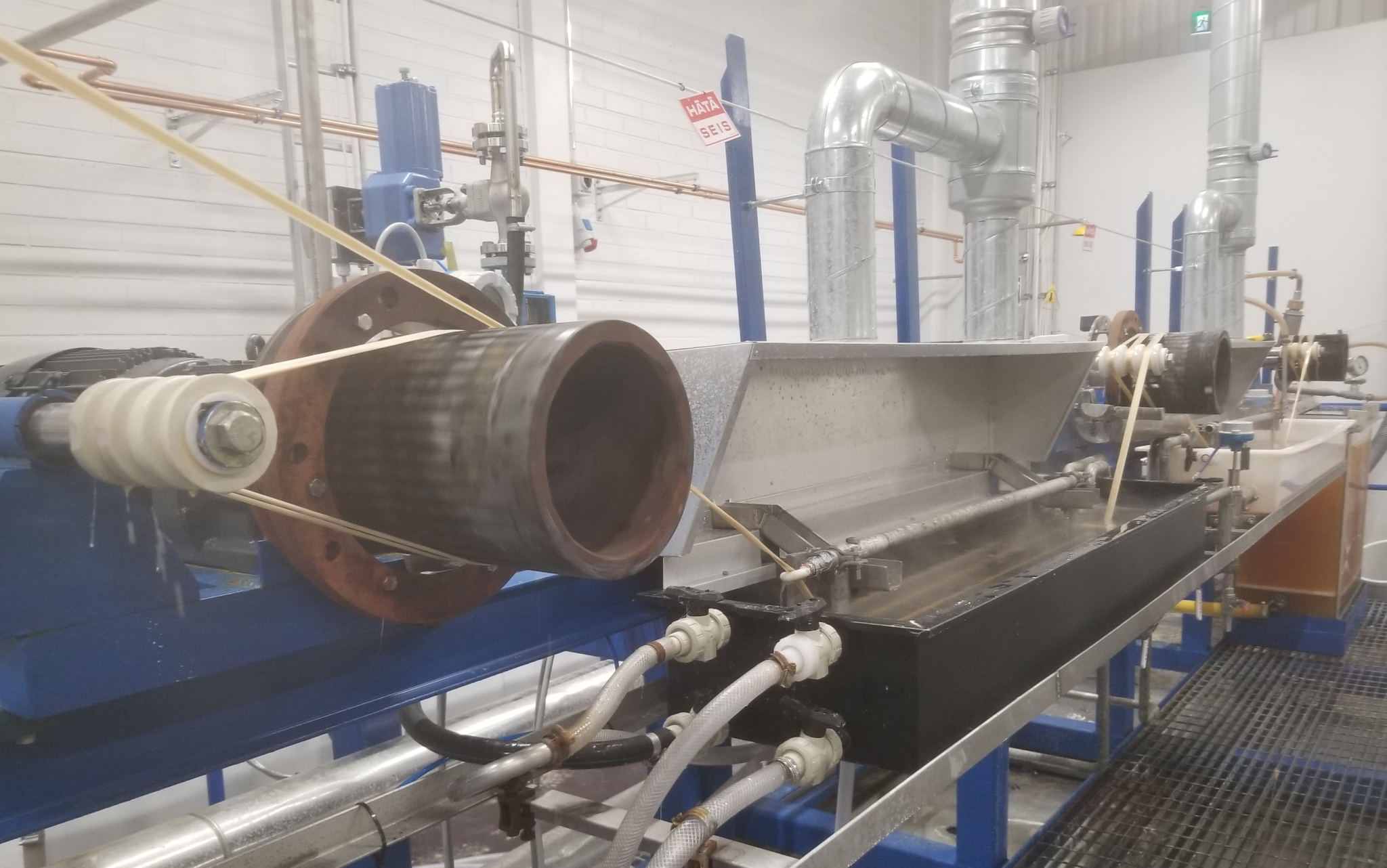 Infinited Fiber Company’s fabric feels similar to denim, although it is perhaps a little smoother, is cheaper to produce and will likely last longer. But the most interesting part is what it’s made out of: dried and discarded husks from agriculture, recycled and reconstituted cardboard and old clothes.

The biotech company, a spinoff of the state-owned VTT Technical Research Centre of Finland, is one among many concrete examples of what’s known as the circular economy. It’s a mainstream term in Europe, but it doesn’t yet exist in the Canadian lexicon.

But the people behind the 2020 World Circular Economy Forum, the first to be held in Canada, are hoping to change that as quickly as possible.

Those same people — Canadian leaders of industry, senior government officials across a range of ministries, academics, heads of environmental groups and others — were out in force in Helsinki last week, at the 2019 edition of the conference. There, they soaked up the debate about how to accelerate sustainable, profitable, zero-waste solutions in an increasingly resource-restricted world.

The circular economy broadly refers to efforts to suppress waste in all stages of production and consumption. Its aim is to decouple the creation of wealth from the consumption of raw material resources by making it more profitable for a company (and an economy) to recover, regenerate and reuse than to draw on virgin resources.

Indigenous peoples have lived according to such concepts for thousands of years, abiding by laws of nature relating to tides and seasons, waters and ecosystems to ensure longevity, abundance and reciprocity. (The authors of a recent United Nations-backed report on a million-species-extinction threat called on scientists and policymakers to support and partner with Indigenous groups in order to stem the tide of biodiversity loss.)

The circular economy idea is to retain the value of products and resources for as long as possible. It aims to reconcile economic growth with environmental benefits.

“When we talk about a circular economy, we’re talking about the economy, the new economy,” said David Hughes, CEO of The Natural Step Canada and co-chair of the Circular Economy Leadership Coalition.

Circular economics is a “radical middle” and a “unifying theory” which “seems so elegant in its yin and yang interdependency” between industry and those working to protect the environment, says @davidwhughes from @CELeadershipCA

​​“We can live in harmony with nature and have a very vibrant economy, but we have to be able to paint that picture; it’s got to be crystal clear, and then we can say let’s all get there,” he said in an interview on the sidelines of the Helsinki event last week.

Where did the idea come from?

With his 1982 paper “The Product-Life Factor,” the Swiss architect Walter Stahel was one of the early proponents of such a closed-loop system as a way to move toward sustainability while retaining an active and independent private sector.

The concept has since gained traction in Europe, where Stahel has worked for both the German government and the European Commission on ways to extend the service-life of products.

Countries such as the Netherlands, Finland, Germany and France have all developed roadmaps to greater resource efficiency, which call for those economies to be waste-free and carbon-neutral within decades.

How does it work in practice?

In Finland, for example, the country’s large forestry industry is providing discarded tree materials to biotech companies that then extract the cellulose in order to make clothing and packaging.

One of the country’s biggest utility companies, the majority state-owned Fortum Oyj, is investing heavily in its Bio2X biomass project, with plans to build a biomill right next to existing facilities in the country and to develop a joint venture in India to divert agricultural waste that would otherwise be burned into yarn from the nearby textile industry.

Fortum says that a cotton field that is replaced with wheat can produce the same amount of textile fibres with less water in addition to its wheat food crop.

And Infinited Fiber extracts cellulose from old clothes to produce a biotextile that is 20 percent cheaper than cotton. Their customers include Adidas, Tommy Hilfiger, and H&M.

While currently working at a pilot-scale facility within VTT, the company’s chief executive, Petri Alava, is hoping to raise 10 million euros this year to build a larger factory capable of producing 300 tonnes of fabric a year.

What do the critics say?

Some critics of the circular economy model on the anti-capitalist left, meanwhile, say that the circular-economy model is a way for corporations and politicians to sidestep more difficult questions about whether capitalism and its growth ethos is capable of fixing the problems of over-production and consumption that it has created.

“Sustainability is driven to its logical conclusion when it is turned into the fetishized content of so-called ‘green’ and ‘ethical’ commodities and thus into the essential part of the discourse (and practice) through which the capitalist political economy organizes and legitimizes itself,” academics Francisco Valenzeula and Steffen Böhm wrote in Ephemera Journal.

“When the feeling of an iPhone turning ‘old and slow’ is combined with the feeling of an iPhone being circular or ‘green by design,’ any critical, politicizing impulse in the environment-wary consumer gets repressed by the intense want for the newest iProduct,” they added. “This is because the marketing of the circular leads the consumer to conceive the purchase of Apple commodities as the perfect antidote against Apple’s own wasteful logic. As a result, of course, the manufacture of iProducts becomes more relentless than ever.”

Will Canada get on board?

For Canada to replicate the circular economy advances of Europe (especially the Nordic countries) and some countries in Asia, experts say the country will need to first get over a data hurdle so it knows what it is dealing with.

“We don’t have evidence yet about the Canadian context, we’ve got a big gap,” said Stephanie Cairns, director for circular economy at Smart Prosperity Institute, a green economy think tank involving chief executives as well as environmental, Indigenous and labour groups.

“One of the big tasks we have ahead of us is to understand how material is flowing in the Canadian economy,” she said. 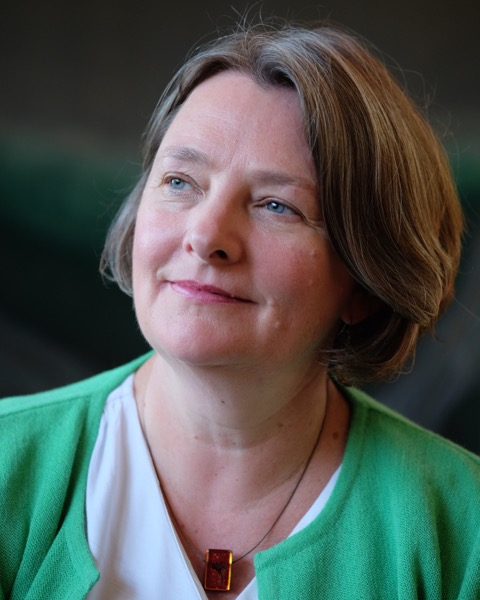 She said there is good news in the promise of the circular economy for some of Canada’s natural resource industries, but little talk yet about the implications for oil and gas, a subject that would particularly colour the conversation in Alberta.

“There is some early thinking on mining,” she said, including around a concept dubbed “'urban mining,” where recycling and repurposing the components of mobile phones and other electronics could become a supplementary activity to their traditional digging.

Other sectors that need to rethink and redesign their way of doing business if they are to find a home in the circular economy include manufacturing, consumer goods, construction, food production and petrochemicals.

Another challenge Cairns and others identify for the circular economy in Canada is jurisdictional dispute between Canada’s three tiers of government.

But proponents say that circular economics may prove equally enticing across a broad swath of the political spectrum.

“Hopefully we can get more of a societal and political consensus on this rather than having it become divisive the way the carbon pricing debate has,” said Hughes, who is also CEO of The Natural Step Canada, a sustainability accelerator.

“Canada is in its infancy stage,” said Hughes. “Europe is much further ahead. I think there are some Asian countries that are much further ahead. And within Canada, I would say Quebec is probably leading,” he added, noting that research conducted in French could and should be translated to broaden understanding of the specific Canadian context.

It is “inspiring and daunting” to see how much progress some northern European countries have made in creating sustainable and circular economic growth, said Mike Wilson, the executive director at the Smart Prosperity Institute.

“They have a better understanding of the way that material and resources flow through their economies, so they’re in a better position to optimise that,” he said in an interview in Helsinki last week.

“It’s both inspiring and daunting to see how far it is along in some of these Nordic countries.”

“We know there is a lot of room for improvement that we can make,” he said

Global material resource demand is projected to double by 2060, the Canadian government says, creating enormous pressure on already-stretched supply of all manner of materials. More efficient use of resources can help reduce greenhouse gas emissions but also lessen humanity’s impact on the land and on biodiversity.

According to the United Nations, the extraction and processing of natural resources causes half of global air emissions, and 80 to 90 percent of biodiversity loss. Only 9 percent of materials remain in circulation.

For those developing circular businesses, that is seen as an economic opportunity.

“Saving the world is a high-value business,” said Pertti Korhonen, the chairman of Business Finland, a trade body promoting Finland’s companies and the country’s attractiveness as a destination for foreign investment.

(Editor’s note: This trip was made possible by the financial and logistical support of the government of Finland and city of Helsinki. National Observer was under no obligation to publish any article or articles and retained full editorial control over this piece.)