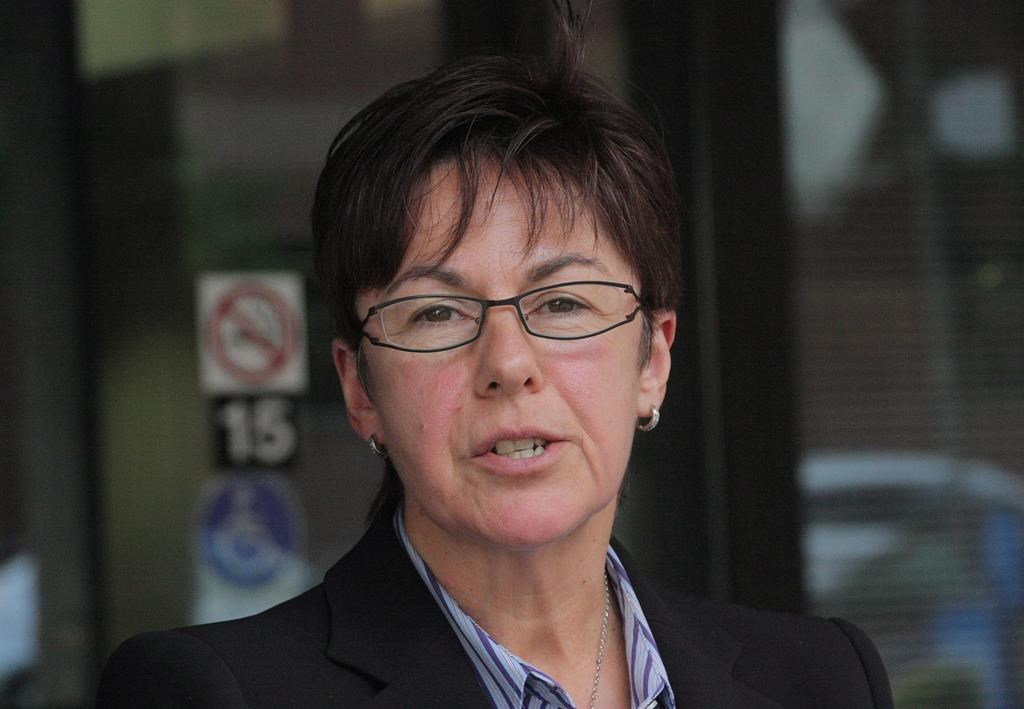 Kim Pate, executive director of the Canadian Association of Elizabeth Fry Societies, is seen outside the Ashley Smith inquest in Toronto on Tuesday, Oct. 15, 2013. File photo by The Canadian Press/Colin Perkel
Previous story
Next story

The Liberals are poised to reject a number of the Senate's amendments to a bill that aims to end solitary confinement — changes many lawyers and human rights advocates say are necessary to make the bill constitutional.

On Friday, the government tabled its response to a package of amendments to Bill C-83 the Senate passed last week, including a key change that would require a judge to approve any decision to isolate a prisoner beyond 48 hours.

Other changes would see prisoners with mental illnesses treated by outside medical experts, rather than correctional staff, and offer more community-based options for rehabilitating Indigenous people.

The Liberals plan to reject six amendments, including the one that would add judicial oversight.

In a letter to senators this week, Public Safety Minister Ralph Goodale said such a change would result in a significant increase to the workload of provincial superior courts.

With about 300 to 400 inmates in segregation at any given time, thousands of reviews could end up being sent to the courts, Goodale said.

"Government’s calculations indicate that approximately 35 to 40 independent adjudicators would be required to review all (isolation) placements at 48 hours," Goodale wrote in his letter.

"A measure that would impact the resources of provincial superior courts to this extent should not be imposed by Parliament without consulting the provinces, to determine whether they are prepared to make the necessary legislative changes and allocate the necessary funds."

The B.C. Supreme Court and the Ontario Superior Court have delivered decisions saying administrative solitary confinement is inhumane and, in the Ontario decision, unconstitutional if it lasts longer than five days and operates without independent oversight.

Both decisions are under appeal.

Bill C-83 was introduced last year as a means to end the practice of segregating federal prisoners.

Inmates who pose risks to security or to themselves would instead be moved to new "structured intervention units," (SIUs) where they are supposed to get better programming and mental-health care, as well as more contact with others.

"This is a clear violation of international human rights," the lawyers said in their letter.

Goodale argued Bill C-83 adds independent oversight through so-called "independent external decision-makers" that would review cases where a segregated inmate has not been out of their cell for at least four hours, or hasn't had meaningful human contact for five days in a row — or 15 days out of 30.

"While I appreciate the intent of the proposal to add judicial review, appropriate procedural safeguards for the new SIU system can be implemented without placing additional burdens on the courts and on the provinces," Goodale said.

Goodale also relied on the federal correctional investigator, Ivan Zinger, in his arguments, noting that Zinger recommended last fall that the government use an "independent chairperson model" that would involve ministerial appointees.

However, in his testimony to a Senate committee last month, Zinger called C-83 a "significantly flawed" bill that being rushed through at the last minute, and urged senators to strengthen oversight over the use of isolation in penitentiaries, "whether (through) independent adjudication or judicial oversight."

Sen. Kim Pate, a lifelong advocate for prisoners' rights, said judges have greater expertise on matters of due process and human rights and, more importantly, are independent from government.

She questioned how independent the new external reviewers will be if appointed by the minister. She said money spent on their salaries could instead by used to hire more judges to review isolation cases.

Without judicial oversight, Pate said, the law will be unconstitutional.

The Liberals' responses and tweaks to the amendments must still be debated in the House of Commons and, if accepted, the bill will then go back to the Senate for a vote.

"If the message that comes back from the House of Commons is without the judicial oversight amendment, I feel I will have no choice but to vote against what I see as an unconstitutional piece of legislation," Pate said.