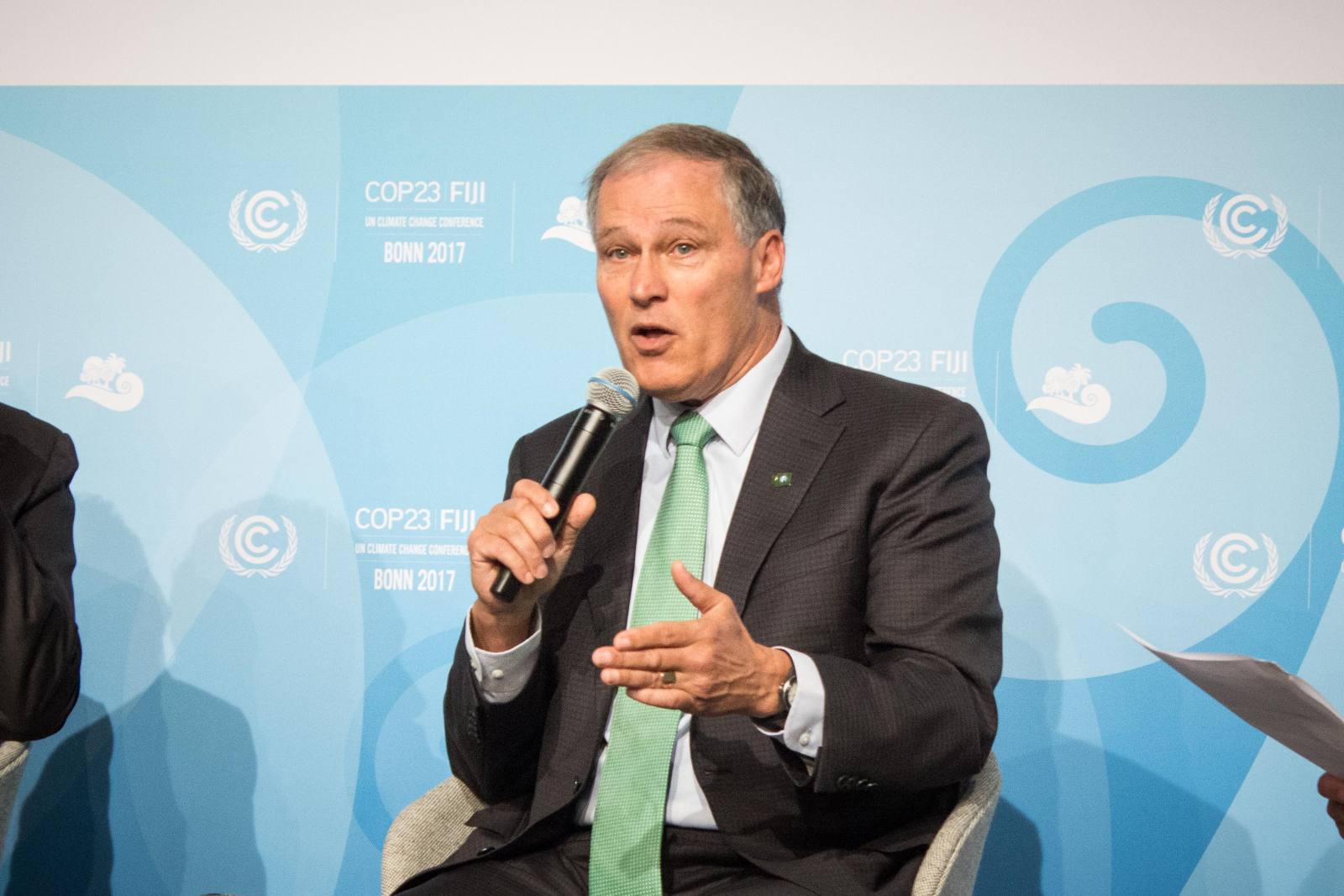 Jay Inslee’s singular focus on climate change isn’t doing much to boost his standing in polls, but the Washington governor’s hefty stack of proposals to curb greenhouse gas emissions and phase out fossil fuels landed him atop a new list ranking of 2020 presidential contenders.

The four tranches of policy released so far by the self-declared climate candidate in the crowded Democratic presidential primary address 41 of 48 components in the rubric left-leaning think tank Data for Progress, which authored one of the first Green New Deal blueprints last year, published Monday morning.

Yet he’s far out ahead of his rivals for the party’s nomination to challenge President Donald Trump next year.

Former Vice President Joe Biden’s climate plan addressed just 25 of the rubric’s 48 components, while acknowledging another six. Massachusetts Sen. Elizabeth Warren’s proposals cover 24 of Data for Progress’s policy concerns, and acknowledges another six. Former Texas Rep. Beto O’Rourke, the first in the race to release a comprehensive climate plan, included 20 of the issues on the rubric, and acknowledged two.

The ranking offers a handy new metric to hold candidates accountable to something beyond rhetorically supporting a Green New Deal.

Eight contenders who vowed to enact a sweeping industrial plan for decarbonizing the nation are marked with gray boxes indicating they “have not yet released climate policy proposal.” The candidates include Sens. Bernie Sanders (I-Vt.), Cory Booker (D-N.J.) and Kamala Harris (D-Calif.).

Nearly two dozen Democrats want to be president. Only two have a climate change plan

The 2020 Race Has Its First Climate Candidate