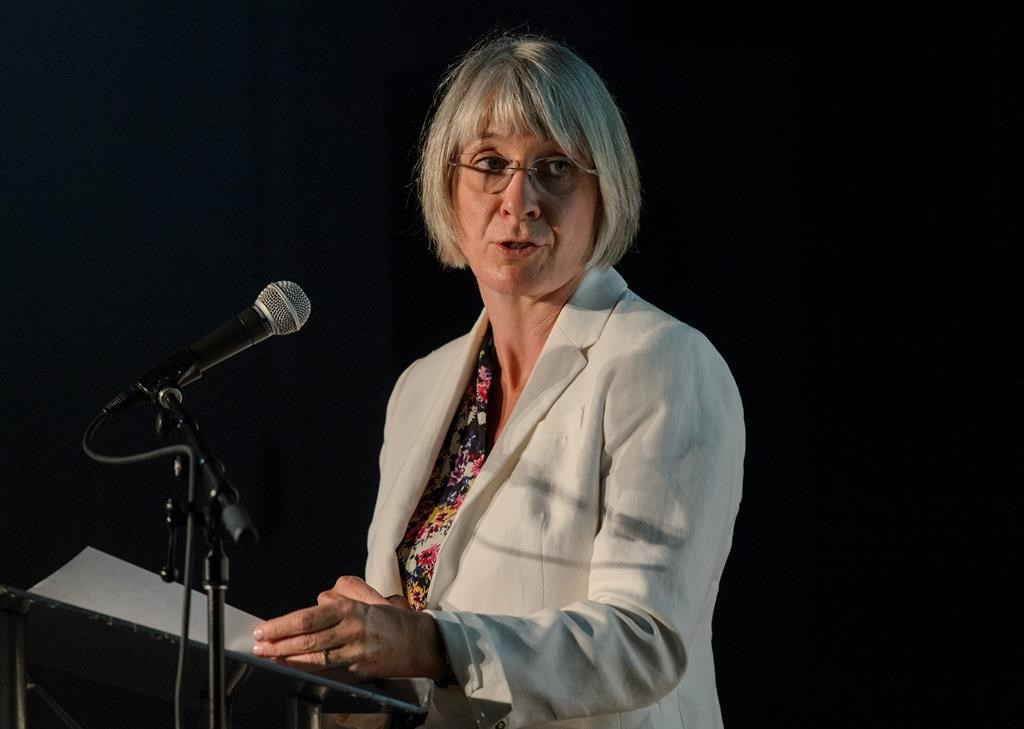 Patty Hajdu, Minister of Employment, Workforce Development and Labour, speaks during an event on workplace harassment and violence prevention fund in Toronto, on Friday, July 5, 2019. Photo by The Canadian Press/Andrew Lahodynskyj
Previous story

The money will go to fund Roadmap to Future Workplaces, a project that will provide training on legal rights and help create plans to reform company policies that enable workplace sexual harassment.

Employment Minister Patty Hajdu made the announcement in Toronto, where she joined by Canadian actor Mia Kirshner, co-founder of AfterMeToo, an anti-sexual harassment group and Canadian author Margaret Atwood.

The Canadian Women's Foundation, AfterMeToo and Aboriginal Peoples Television Network will collaborate on the program, which will be hosted on an online platform called Rosa, founded by Kirshner.

By centralizing information and reporting tools for federally regulated industries, Rosa will make it easier to access support quickly and online, she said. The project aims to fix what Kirshner said is currently a scattered, difficult system for finding resources around sexual harassment.

"This is the last thing you need to do, this macabre scavenger hunt online," she said. Rosa, Kirshner said, will be "one place in Canada, where you go to find everything you need to know about workplace sexual violence, period."

The project is slated to launch next year, with Kirshner hopeful it could get off the ground in January. The federal financing for the project comes from the government's Workplace Harassment and Violence Prevention Fund.

Kirshner said she said was all too familiar with the forces in the entertainment industry that make reporting sexual harassment a career risk.

But she said these power imbalances extend well beyond the world of celebrity. It's a problem that pervades all industries, particularly those that rely on contractors, such as mining and oil and gas, she said.

That's why Kirshner said it's so important that Rosa be accessible to the most vulnerable members of the workforce, such as immigrants and people with disabilities.

Atwood, who was one of the program's first funders, said Rosa would help even beyond the actual information it will provide.

"It adds a layer of 'don't do it buddy,'" Atwood said in an interview. "It has a preventative function. As people realize this exists, 'don't do it buddy' may kick in. A lot of people do things if they think they can get away with it."

Rosa will be available in English and French at launch, but will expand to five languages after that, Kirshner said.

Hajdu said the project would further the "democratization of information" that would help women secure their right to live free of violence and harassment.

She added the government had long been making a fiscal argument for helping women succeed along with men, but emphasized that the right to work free of harassment is a moral imperative.

"We have to fight together to ensure that right is equally enjoyed," she said.