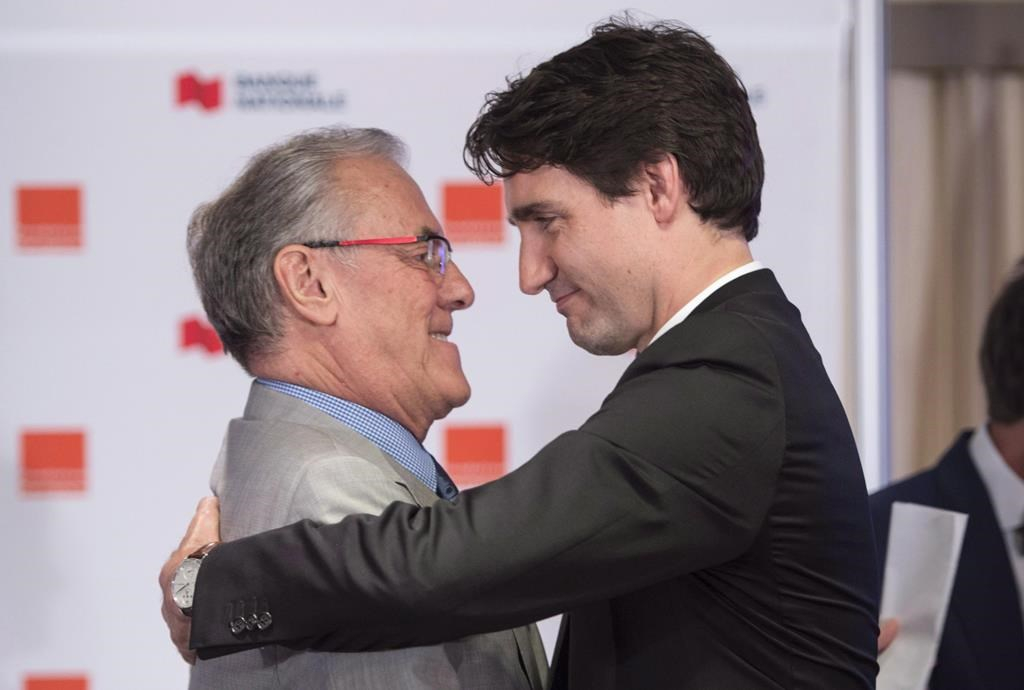 Prime Minister Justin Trudeau hugs Laurent McCutcheon after receiving the 2016 Laurent McCutcheon Award for his commitment to fighting homophobia and transphobia during a ceremony in Montreal, on May 16, 2016. File photo by The Canadian Press
Previous story

Laurent McCutcheon, a leading figure in the fight for LGBTQ rights in Quebec, died Thursday after receiving medical assistance in dying, his spouse said on Friday.

McCutcheon had battled cancer since December 2016.

A prominent voice for gay rights for more than 35 years, McCutcheon had recently taken on a role as vice-president of l'Association quebecoise pour le droit de mourir dans la dignite — a group that advocates for the right to medically assisted death.

Born in 1942, McCutcheon, a civil servant, publicly committed himself in the early 1970s to the gay rights cause in Montreal following the 1969 Stonewall riots.

Even as homosexuality remained taboo and potentially perilous in other parts of the province, McCutcheon actively engaged in the Association for the Defence of Gay and Lesbian Rights in Quebec.

Between 1982 and 2013, he presided over "Gai Ecoute," a telephone help line, and in 2000 set up a the Fondation Emergence, an organization that educates and raises awareness about the realities of LGBTQ people.

McCutcheon was behind the Quebec Coalition for the Recognition of Same-Sex Couples, and was vocal in the fight to have same-sex marriage recognized, which it was in Quebec in 2004 and in the rest of Canada in 2005.

McCutcheon's spouse, Pierre Sheridan, with whom he's lived since 1972, took to Facebook to thank the palliative home care team for their care and administration of medical aid in dying, "allowing Laurent to live an end of life in dignity, serenely and without suffering."

"We've lost a great Quebecer. Our country is a better, more inclusive place because of Laurent McCutcheon and his tireless work to advocate for LGBTQ2 rights and fight homophobia. We’ll miss you," Trudeau wrote.

A call for a national LGBTQ2+ health strategy