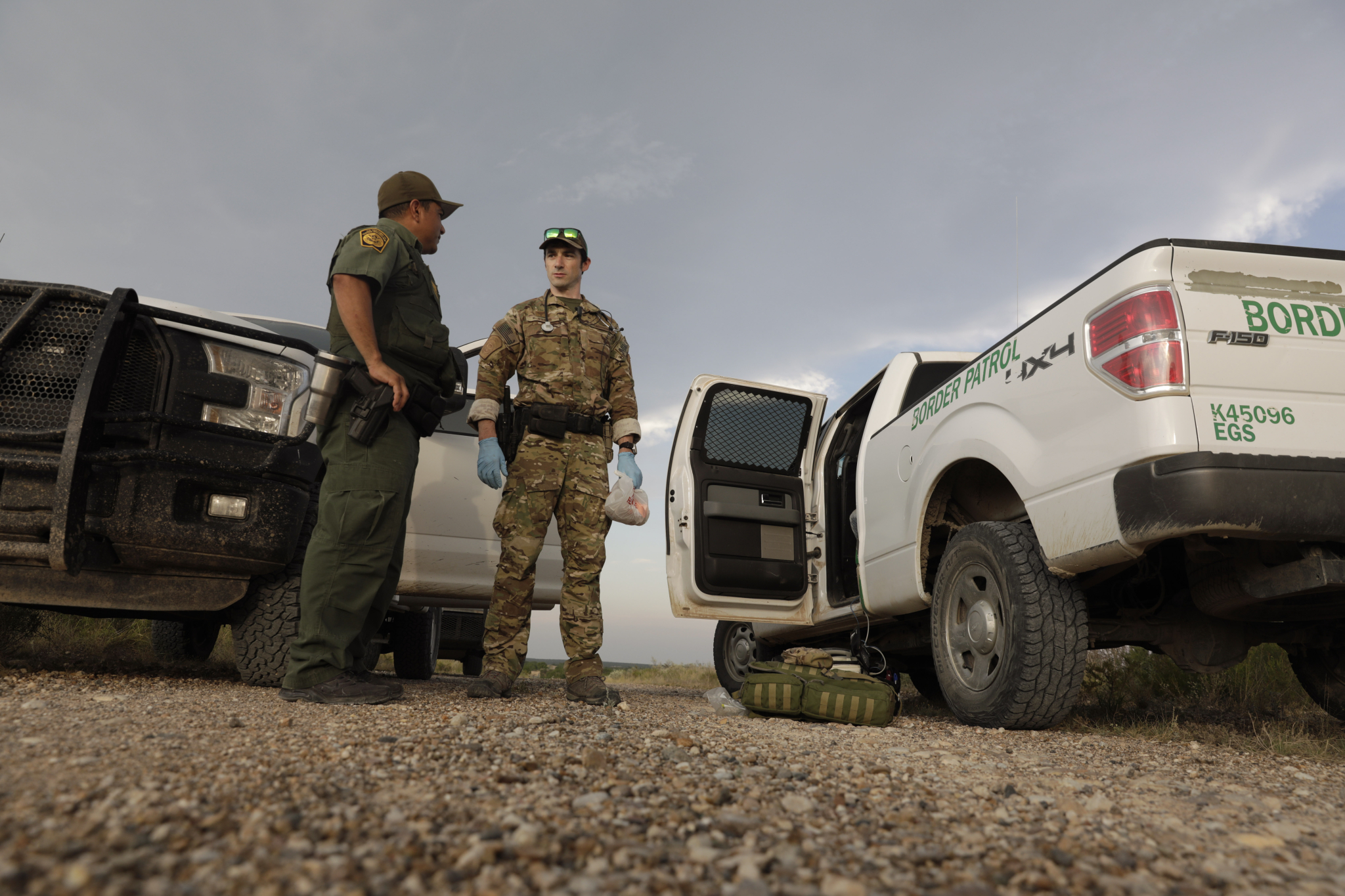 Canada’s biggest pension fund is denying that moral outrage from the public forced its hand in divesting from two giant private prison companies that have been profiting off the Trump administration’s anti-migrant crackdown.

The Canada Pension Plan Investment Board (CPPIB), a Crown corporation that manages and invests the nation's $392-billion public retirement fund, had held millions of dollars in stock in CoreCivic and Geo Group, two large firms holding migrants in U.S. detention.

Most workers in Canada outside Quebec who are over the age of 18 must contribute to the pension plan, which held roughly $10 million in stock in the two companies, according to the Guardian, as of December 2018. CPPIB’s foreign publicly traded equity holdings previously listed CoreCivic and Geo Group stock. As of this March, those shares are absent.

The news comes as Immigration and Customs Enforcement (ICE), the U.S. law enforcement body that signs contracts with the private prison companies, started using three new detention centres last month, according to a report in Mother Jones. Two of those three are run by Geo Group and CoreCivic.

Advocacy groups Leadnow and SumOfUs are claiming victory, after a sustained campaign that included collecting over 55,000 signatures on petitions, thousands of emails being sent to CPPIB members, an advertising campaign around the investment board’s office and advocates attending public meetings to demand divestment.

“We were able to bring a lot of the people who were upset about these investments into those meetings to talk to executives face to face,” Leadnow campaign manager Brittany Smith said in an interview.

“As the headlines were coming out, and everyone was shocked at what was going on in terms of Trump’s anti-immigrant agenda and border crackdown — locking up migrants against their will, separating families — pension-holders and the public (in Canada) were equally shocked to learn that our retirement savings were cashing in on these abuses south of the border.”

U.S. immigration processing has swelled into a sprawling maze of detention centres under President Donald Trump’s watch, fed by his administration’s policies like separating children from their families with no process in place to reunite them.

The Trump administration has argued its efforts are necessary to secure the border, yet week after week fresh reports surface of inhumane and cruel conditions experienced by parents and children trapped in the system.

Kids have allegedly been sexually assaulted and abused by U.S. border agents, and subjected to unsanitary and torturous conditions in overcrowded border stations, according to accounts from the children themselves that are found on records held by government case managers, as well as investigations by departmental inspectors, NBC News has reported.

One report from a 15-year-old girl from Honduras described an officer molesting her, putting his hands under her bra and pulling down her underwear to grope her, the news outlet wrote. Other accounts from detained teenagers describe retaliation by border agents and a lack of showers, clean clothes or sleeping areas.

This month, news organization ProPublica reported on a secret Facebook group where border agents joked about migrant deaths and spouted racist and dehumanizing language about detainees.

New York Rep. Alexandria Ocasio-Cortez, who was mocked by that group in a crude drawing, visited a detention centre in Texas and told The New Yorker that migrants’ hair was falling out and they had sores in their mouth.

Between August 2017 and August 2018, CPPIB increased its holdings of GEO Group almost 13-fold to US$5.5 million and more than doubled its shares of CoreCivic to $2.3 million, according to an analysis by The Canadian Press.

CPPIB told the news outlet that its investments in the two private prison companies were the result of a finance algorithm aimed at diversifying the fund. Public affairs head Michel Leduc said last year that “no CPPIB employee made a decision... to invest in those two companies.”

Asked by National Observer whether it had divested from CoreCivic and Geo Group due to outrage from pension-holders and advocacy groups, CPPIB global media relations director Darryl Konynenbelt said the fund doesn’t make any decisions due to political pressure.

“Our legislative framework is designed to protect CPPIB from political and external pressure in its investment decisions in the best interests of the fund,” Konynenbelt said in an emailed response to questions.

“Without commenting on any particular holding, any and all of our decisions are solely investment-related,” he said. Konynenbelt added that the fund is diversified using global indices, “which might capture very small positions across thousands of stocks.”

But Leadnow’s Smith said the timing of the investments being exposed and Leadnow’s campaign suggests that public pressure did work.

“I don’t know whether you want to call it divestment or not. We’re happy with the fact that our retirement savings are no longer invested in CoreCivic and Geo Group,” she said.

“CPPIB also have a responsibility to maintain the public’s trust in the plan… I think it’s unfortunate that the CPP views pension-holders who contribute to the plan, and whose savings the investment board is managing, that they would consider them a political or external threat.”

Why DIDN'T the moral outrage

Why DIDN'T the moral outrage of Canadians lead to the divestment? It should have.

They made it seem like the investment algorithm is use has the morality of a Good God. Thank goodness humans voiced their view into their stuffy world. Nothing personal however I hope they realize. You wonder sometimes.

I don't see any reason at all

I don't see any reason at all that there shouldn't be legislation covering public pension plans, restricting all their investments to ethical investments, from the POV of abuse of Human Rights, environmental degradation, and dirty energy.
Perhaps the people who pay the employer's part of the contributions need to mount a demand for same.

It strikes me that it is just

It strikes me that it is just fiscally prudent to sell off shares in these private prisons. There is a very good chance that after next year's election that there will be a massive change in immigration policy, which will make the stocks in these private prisons tank. It only stands to reason that a prudent investor would sell off stocks right now---when they are at their peak---instead of waiting until the market starts to drop.

The canniest investor I know once told me that he makes his investments by reading the front page of the newspaper instead of the business section. He decides which way the winds are blowing and buys or sells on that basis. He says every time he's sold off a stock "before the herd" (Northern Telecom, Income Trust vehicles, etc), the "experts" have tried to talk him out of doing so.

As for the folks who say that the pension plan should be controlled by ethical issues, I'd agree---in principle. But unfortunately, once that got put into writing I fear that we'd be running the risk of a right-wing govt taking over and forcing managers to pull money out of things like companies that make birth control and invest it in things like "ethical oil". The market is inherently unethical, and politicians have a habit of twisting the best of intentions into their opposite.

Happy to see that the

Happy to see that the commentors so far are pretty fed up with "by the numbers" reasoning that passes for intelligence. Mathematics is inherently anti-human - except when it isn't. And deep reseach into commonly used algorithms has revaled the all-too-human biases that underpin the "assumptions" on which algorithms are built. Can't keep the ugly out of even the most neutral of human brain constructs.