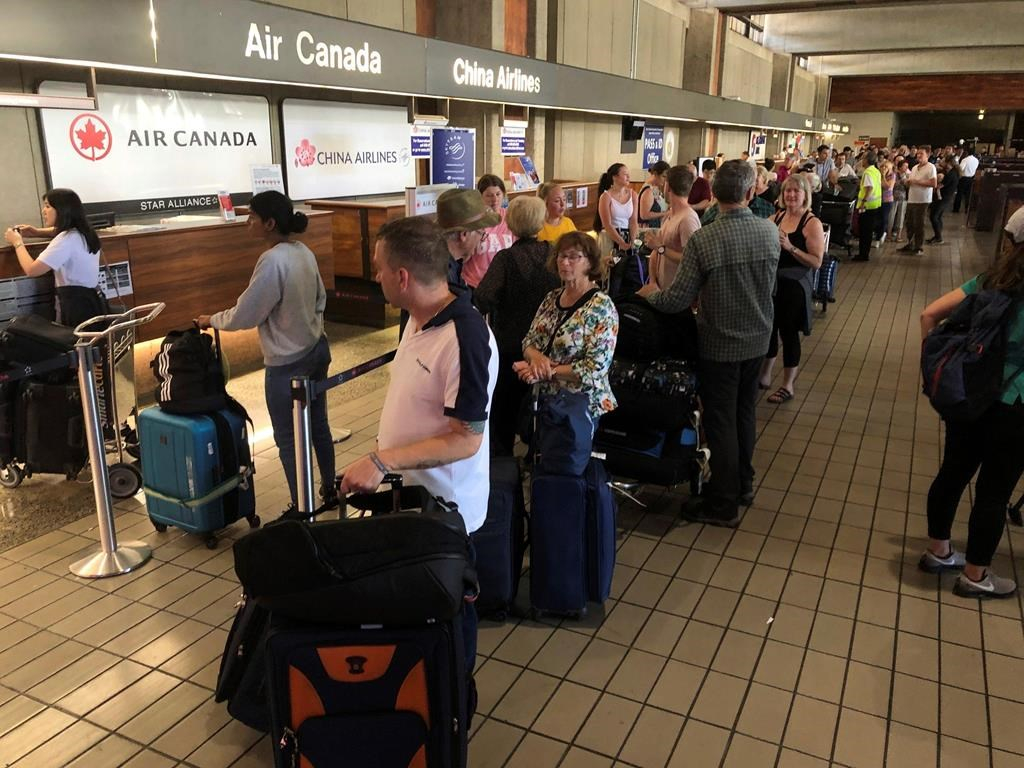 Thirty people were sent to hospital with injuries after an Air Canada flight travelling from Toronto to Sydney, Australia, hit severe turbulence and was forced to divert to Honolulu.

Nine of those people were in serious condition, some suffering lacerations and injuries to their head, back and neck, emergency first responders in Hawaii said.

"Any time we get a call for an airline bringing in multiple injuries it makes our hearts beat a little faster, but we train for this kind of stuff and we were ready to respond," Honolulu EMS Chief Dean Nakano said.

"There were 37 injuries. Thirty were transported. Twenty-one were deemed to be minor. Nine were serious. Seven of the passengers refused to be transported."

Officials said the injured ranged from children to seniors and included some flight crew members.

Flight AC33 was about two hours past Hawaii over the Pacific Ocean early Thursday morning when "unforecasted and sudden turbulence" caused "minor injuries" for travellers and crew that triggered a turnaround, Air Canada said in an email.

Late Thursday, Air Canada said all of the injured had been assessed, treated and released by hospitals. The flight was to resume Friday.

"Current information indicates there were 37 people who appear to have sustained minor injuries," Angela Mah, an Air Canada spokeswoman, said.

"We have made arrangements including hotel accommodations and meals for passengers in Honolulu. The flight to Sydney is planned to resume tomorrow, July 12, at 12 noon local Hawaii time."

Eyewitnesses described a gut-churning drop in altitude that slammed passengers and flight attendants into the ceiling.

Linda Woodhouse, an Albertan who is moving to Australia, said people had just begun to wake up and move around when the airplane experienced several seconds of minor turbulence. A few moments later, "the plane just dropped," she said.

"The lady in front of me flew up to the ceiling, so I was trying to grab her and make sure she wasn't injured," she said in a phone interview from Honolulu airport.

Passengers getting up for the washroom and flight attendants starting to serve refreshments were violently knocked about, she said.

"Those individuals unfortunately flew up and hit the ceiling of the plane and dropped back down again."

Woodhouse credits the crew and passengers with springing into action in the wake of the drop. Four passengers with medical training walked up and down the aisles, helping the injured and reporting their issues to the pilots and crew, who eventually decided to turn the plane back to Hawaii.

"There were some facial lacerations, so they put sterile strips on them," she said. "There were a couple of people with head and neck injuries from flying up and hitting the ceiling."

Woodhouse said despite the shock, she said she has no qualms about getting on the plane.

"It could have been a lot worse," she said.

The aircraft, a Boeing 777-200 jetliner, had 269 passengers and 15 crew members on board who were greeted by medical personnel on arrival at Honolulu airport at 6:45 a.m. local time.

Jim Howe, director of Honolulu's emergency services department, praised first responders and the plane's crew for how they handled the emergency.

"I want to say to everyone involved, including the pilots and staff on the plane, congratulations on a job well done," Howe said.

"No lives lost. We are very pleased with the outcome."

The turbulence happened at about 10,970 metres 966 kilometres southwest of Honolulu, the U.S. Federal Aviation Administration said in a tweet.

— with files from Morgan Lowrie

250 passengers stranded aboard airplane in frigid Labrador for 16 hours