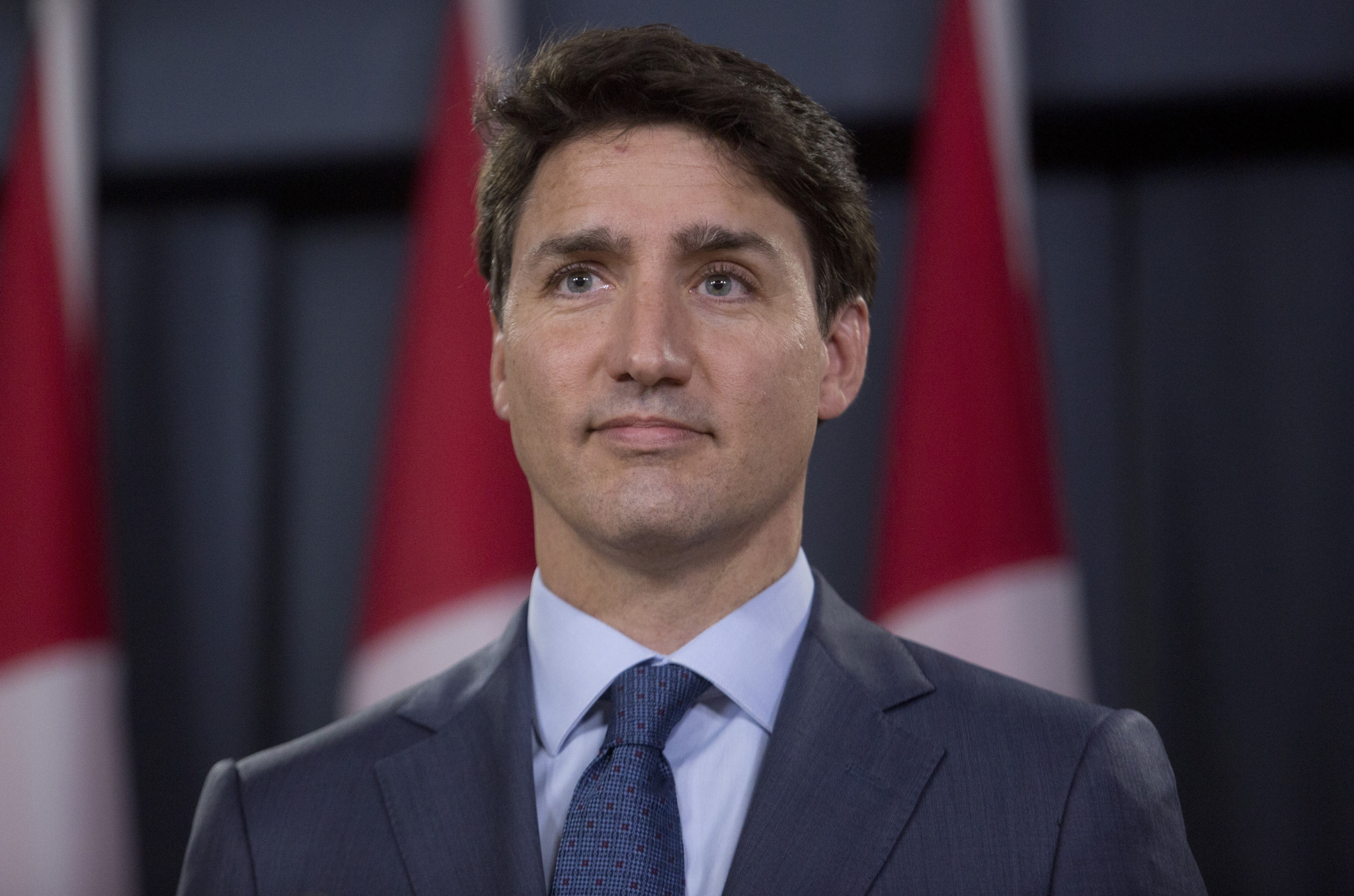 Prime Minister Justin Trudeau was confronted with a silent protest of the Attawapiskat water crisis at an appearance Thursday in Ottawa. File Photo by Andrew Meade
Previous story
Next story

Prime Minister Justin Trudeau was confronted with a silent protest of his handling of the Attawapiskat water crisis on Thursday at a meeting of Canadian teachers in Ottawa.

Soon after the prime minister began speaking at the Canadian Teachers' Federation, a row of eight attendees, including members of the Elementary Teachers' Federation of Ontario (ETFO), held up pieces of paper with letters spelling the name of the First Nation.

The band council of Attawapiskat, in Northern Ontario on James Bay, declared a state of emergency this week over contaminated water. It said tests showed elevated levels of disinfectant chemical byproducts, according to CBC News.

Residents were warned to limit their interaction with water, including limiting showers and not using water to wash their food.

Karen Campbell, ETFO first vice-president, told National Observer the group felt it needed to make a statement because this was a social justice issue members believe is serious.

“We’re here representing our teachers from across Ontario, and it’s important that we stand up for Indigenous communities,” she said.

Durham teacher and ETFO local executive Mary Fowler said the group is concerned about the lack of clean drinking water affecting the quality of education and the health and safety of educators.

Trudeau did not address Attawapiskat during his remarks, but he did touch on the issue of reconciliation, saying there was much more work to do.

He also touted the fact his government has “eliminated close to 85 different boil-water advisories.”

Indigenous Services Minister Seamus O'Regan told CTV News on Wednesday the government is working with the community. He also pointed to $21.4 billion the government has cumulatively dedicated toward "closing these socio-economic gaps and finding solutions with communities.”

Aside from the silent protest, Trudeau was warmly received by the crowd of teachers, which broke into applause several times during an “armchair discussion” with Canadian Teachers' Federation vice-president Heidi Yetman.

One of those times came when Trudeau mentioned how his children are in the Ontario public school system, and that he is worried about whether Ontario Premier Doug Ford's increased class sizes and cuts to thousands of teaching positions will create a “hostile” environment.

"I will continue (to) and always defend the public school system right across the country,” he said.

Trudeau also touched on other issues, such as his government’s support for women’s health and family planning including parental leave, and the Gender Equality Advisory Council at the G7.

He also mentioned several environmental promises, such as Ottawa’s countrywide price on pollution and the proposed ban on single-use plastics.

"I continue to be completely convinced that climate change is the greatest challenge of our time,” Trudeau said.

Asked by Yetman about the benefits of unions, Trudeau noted how growth and profits have lately “accrued to a small portion of society” and that in contrast, “labour is an essential partner in growing the middle class.”

He ended with a comment on civil discourse, saying it was easy for people to criticize and harder to compromise. He gave Brexit as an example.

"That comes because there was a very sharp division in their politics," he said of the United Kingdom. "It's always easier to make a simple choice to oppose something.”

Family of Attawapiskat teen who killed herself calls for coroner's inquest