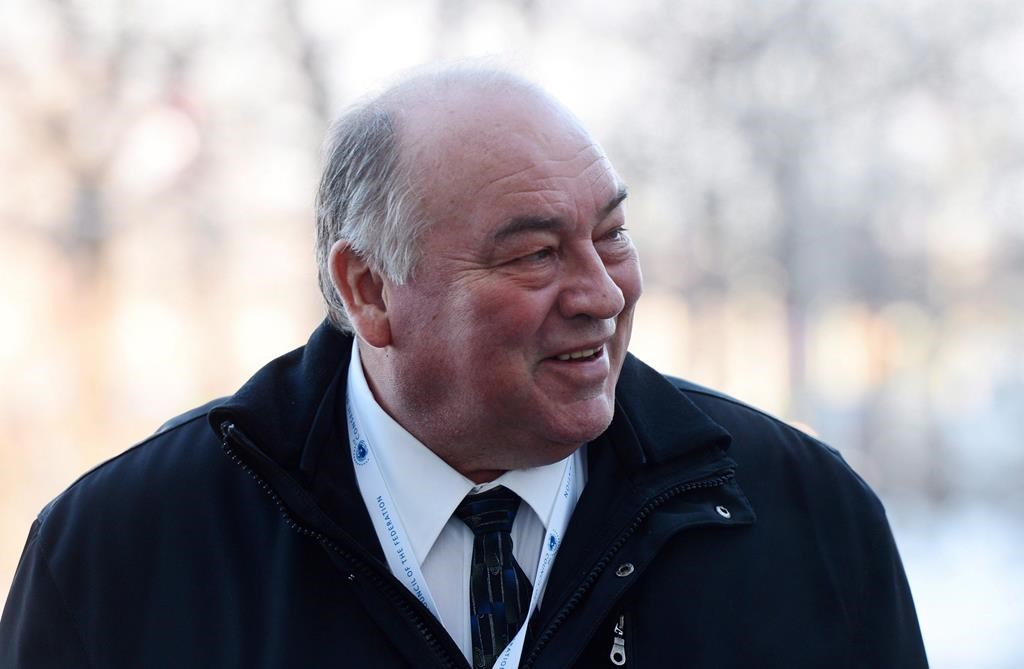 "It's getting harder to resupply our communities," Bob McLeod said in an interview Tuesday from Saskatoon, where he spoke at the Pacific Northwest Economic Region summit.

"We rely a lot on ice roads. Their life span is getting shorter and shorter," he said.

McLeod noted fuel had to be flown in to three communities last year.

And disappearing wildlife has made it tougher to put food on the table.

"A lot of people can only afford to live in the Arctic because they're able to harvest their food off the land," McLeod said.

At the same time, McLeod said he sees opportunities in another effect of climate change — the Beaufort Sea staying clear of ice for longer each year.

"It's very timely now to do some strategic investing and planning."

McLeod said he wants to see at least three ports in his territory support increased shipping traffic in the North, along with more icebreakers.

He has been urging Ottawa to take a stronger stand on asserting Arctic sovereignty, as China, Russia and other international players look to stake their claims to northern shipping routes.

There should be a stronger military presence in the Arctic, an immigration policy that brings more newcomers to the region and investments in research facilities, McLeod said.

He also wants other regions shoulder their fair share of greenhouse gas emissions reductions. For the meagre amount the Northwest Territories emits, it suffers a disproportionate amount from climate change, he said.

"We're not the problem. Southern Canada is the problem," he said. "Southern Canadians don't see the effects of climate change on a daily basis, so you just continue on your merry way doing whatever your'e doing."

The Northwest Territories has a carbon pricing regime coming in Sept. 1 that takes into account the high cost of heating and aviation fuel.

But he stopped short of criticizing provinces — Alberta, Saskatchewan and Ontario among them — that have challenged Ottawa's carbon tax in court.

"They're their own jurisdictions," he said. "I'm not going to tell them what to do."

Too bad this is just another

Too bad this is just another example of short-sighted neo-con thinking!! Rather than follow the same commercial carbon-spewing pathways that the southerners he condemns take, Mr. McLeod needs to hit the "refresh" button with a heavy dose of the Green New Deal, which leads to renewable energy sources, native rights and sovereignty, sustainable transportation, etc., etc.!!