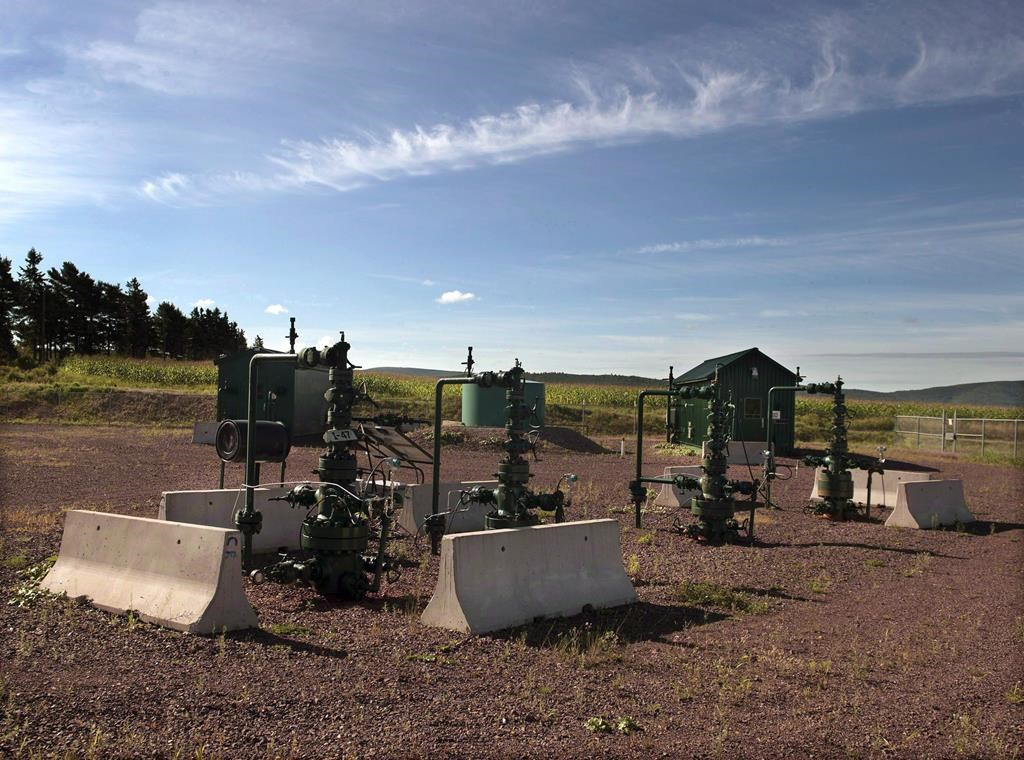 A natural gas well pad is seen in the rural community of Penobsquis, N.B. on Thursday, August 21, 2014. File photo by The Canadian Press/Andrew Vaughan
Previous story
Next story

In a news release, the province's 15 Mi'kmaq and Wolastoqey chiefs says they are officially putting the provincial government on notice that they will continue efforts to protect the lands, water, and resources of New Brunswick.

The chiefs say they are committed to taking a "strong and unified stand" in ensuring the Crown meets its consultation obligations.

In June, the chiefs issued a warning after learning the government of Premier Blaine Higgs quietly passed regulatory changes that would allow the extraction of hydrocarbons through the process known as fracking, in the Sussex area.

At the time, the chiefs denounced the move as secretive and a step backwards in the province's relationship with Indigenous populations.

The minority government's move fulfilled a commitment in its throne speech and was consistent with the Tory party's past support for fracking.

"We will not sit by and allow our Aboriginal and Treaty rights, including Aboriginal title, to be infringed on by the Crown and industry," Tobique Chief Ross Perley said Tuesday.

Elsipogtog Chief Arren Sock said the government will not be able to cause division among Indigenous communities.

The decision by former Tory Premier David Alward to embrace the shale gas industry led to a series of public protests, culminating in a violent demonstration in the fall of 2013 in Rexton.

In 2016 the final report of a commission on the shale gas issue urged the province to rebuild its relationship with Indigenous peoples, and to maintain the moratorium introduced in 2014 by the Liberals.