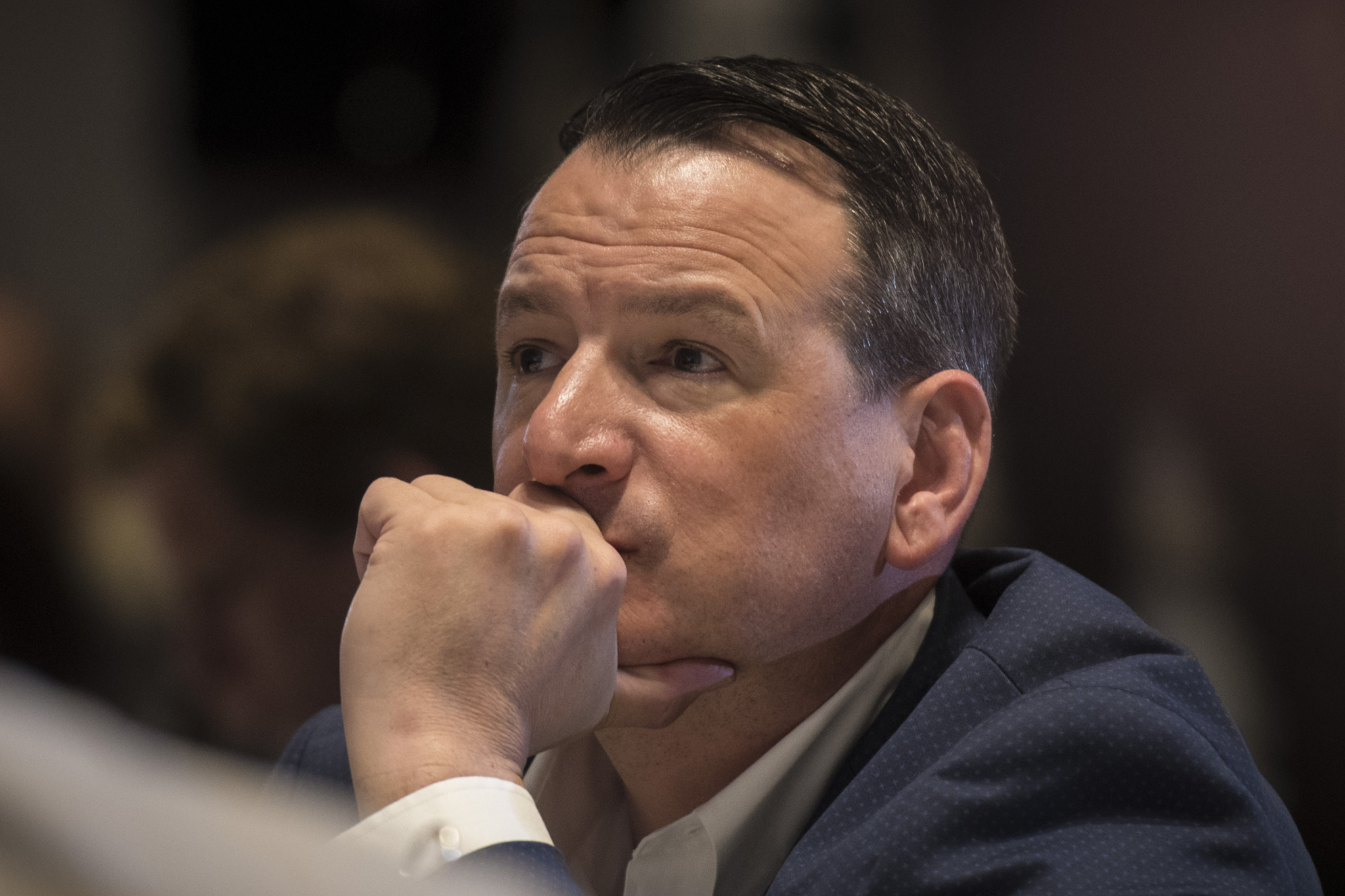 Ontario spent nearly $700 million to subsidize fossil fuel consumption and production over the last year, according to a new study.

The International Institute of Sustainable Development (IISD) tallied up all existing tax incentives and subsidies for fossil fuels in Canada’s most populous province in a report released Wednesday.

The report, titled “The (Public) Cost of Pollution: Ontario’s fossil fuel subsidies,” found that, in 2018, these subsidies existed in the form of tax breaks for fuels used by air and rail industries ($320 million), tax breaks for fuel used in agriculture ($225 million) and natural gas expansion programs ($100 million).

“Spending money on fossil fuel encourages their use, increases pollution and hinders efforts to transition to a clean economy,” the report said. “These forms of subsidies ultimately incentivize investment in and use of fossil fuel infrastructure, creating long-term fossil fuel ‘lock in’ for Ontario’s communities.”

The same amount of money could cover annual health-care costs for 189,000 Ontarians or job training for 70,000 people in the province, according to the report.

Fossil fuel subsidies in oil, gas and coal businesses are widely viewed as roadblocks to achieving a low-carbon economy and making more investments in clean technology and alternative sources.

While fossil fuel subsidies are not unique to Ontario, the report notes that Ontario has specific exemptions and refunds available that “encourages the consumption of fossil fuels through direct spending.”

For example, Ontario introduced the Natural Gas Grant Program in 2017, which was intended to invest roughly $100 million to connect northern rural and First Nation communities and help offset home heating costs. Eleven projects were announced in 2018 under the Liberal government, totalling roughly $75 million in investments.

Doug Ford’s Progressive Conservative government also supports the expansion of natural gas to ensure energy affordability, and has replaced the Liberal program with a new multi-million dollar plan to roll out pipelines and natural-gas infrastructure to low-density (rural) areas.

At the same time, the government has also cancelled over 758 renewable energy projects “impacting the ability of Ontarians to develop community-led, sustainable energy solutions,” Vanessa Corkal and Philip Gass, the report’s authors, said in an email to National Observer.

“We are concerned that there is a missed opportunity to redirect this funding into long-term low-carbon solutions, rather than the current approach, which risks locking in communities to expensive, high-carbon infrastructure,” they added.

And while the Ford government has emphasized its efforts to achieve a balanced budget by the end of its tenure, these conversations have excluded any mention of public revenue being provided to support fossil fuel consumption and production.

Corkal and Gass have shared the report with the Ministry of Energy and the Ministry of Conservation and hope to continue discussions with this about the issue of fossil fuel subsidies.

Sydney Stonier, a spokesperson for Energy Minister Greg Rickford, told National Observer in an email that the government was "committed to lowering energy costs and providing transparency for low-income families, seniors and small businesses, while demonstrating leadership in environmental protection."

"Ontario has not undertaken any program initiative with the purpose of subsidizing fossil fuels," Stonier wrote in a statement. "We also understand how important it is for northern, rural and First Nations communities to have access to reliable and affordable fuel sources."

In December 2018, the government passed the Access to Natural Gas Act, 2018, which aims to facilitate its new Natural Gas Expansion Support Program that began on July 4 with four projects. This program will help businesses in rural and Northern Ontario, including First Nations, reduce energy costs, improve competitiveness and attract more investment, according to Stonier.

"Funding will come from ratepayers, not taxpayers and the cost of expansion should not exceed $1/month per customer," Stonier said.

‘As the most populated province in Canada, what Ontario does matters’

Ontario is not alone in subsidizing fossil fuels. Canada is the largest provider of government support for oil and gas production per unit of GDP in the G7, despite a longstanding commitment to phase them out.

One of many ways the federal government attempted to do this was by rolling out a nationwide carbon pricing system that includes a fuel charge ($20 per tonne) on natural gas and other fossil fuels in the provinces of Ontario, New Brunswick, Manitoba and Saskatchewan in April. These four provinces had refused to partake in the carbon pricing program, arguing it would kill jobs and drive up prices.

A joint study by the National Energy Board (NEB) and the International Energy Agency (IEA) in May 2019 found Canadians could save nearly $24 billion annually by 2050 by scaling back the use of fossil fuels for heating and cooling, and installing low-carbon and energy-efficient technologies.

According to the IISD report, Ontario could lead the way in this reform.

“What is significant about the Ontario report is that, as Canada’s most populous province, it demonstrates just how pervasive fossil fuel consumption subsidies actually are,” Corkal and Gass said in an email. “The report points to the fact that this is a cross-regional issue that ideally needs provincial collaboration to be dealt with most effectively.”

IISD’s report urges Ontario to “undertake a self-review of the subsidies” in order to understand the full cost of “their adverse environmental, health and social impact” and help shift the economy to renewable and other energy-efficient sources. This review, the report says, should be published to increase transparency on public spending.

“Ontario’s communities and industry can transition away from fossil fuels if there are viable options for alternatives and if unwanted impacts from such a transition are minimized,” the report says.“It is entirely possible to seize opportunities to provide citizens with affordable energy access and do good by the climate.”

“A re-evaluation of Ontario’s subsidies will create room to redirect public funds to what really matters: strong, healthy, prosperous communities with a clean environment to live in.”

To do this, the report urges the Ontario government to create an action plan to phase out subsidies and increase support for sustainable energy.

“As long as fossil fuel subsidies exist, be they for production or consumption, they will continue to distort the market and slow down the transition to lower-carbon energy alternatives,” their report says. “It is therefore of utmost importance that Ontario’s fossil fuel subsidies are inventoried, transparently reported and addressed by governments.”

“As the most populated province in Canada, what Ontario does matters. If Ontario develops a public accounting of provincial fossil fuel subsidies and creates a plan to evaluate and address them, it will send a strong signal to other Canadian provinces and the federal government.”

Editor's note: This story was updated on July 31 at 11.51 a.m EST to include comments from a spokesperson for Ontario's energy minister.

700 million dollars taken from citizens and given to the fossil fuel industry. This could be considered a tax on Ontarians, could it not? If the population of Ontario is about 14 million, this amounts to $50 per person. If you divide it only amongst those who drive, I wonder by how much the annual cost exceeds the so-called "tax on everything" carbon fee paid at the pump. Maybe we need a handy sticker on every gas station to inform us all.

I'm betting between Premier Ford's and the federal government's subsidies to the fossil fuel industry, Ontarians are paying significantly more for the privilege of driving an outmoded and unnecessarily polluting type of vehicle for far longer, at higher individual cost. All this without even beginning to look at the costs and harms of disastrous weather events of the past few years, which must add up to billions, never mind loss of insurability and abandonment of flooded homes.

These so-called "government leaders" want to keep Canadians in hock to the fossil fuel industry for as long as possible, clearly, even if the future we're driving toward threatens the hopes and dreams of our children.

This money should be spent on

This money should be spent on renewable energy R&D. Stop whining about it and do it!

Let's not forget that the

Let's not forget that the tarsands provinces' 15% of the population literally wipes out all the emissions reductions of the "other" 85% ... and that includes Ontario which was the only province, IIRC, in line to meet its 2020 goals.
Yes, Ford is reactionary in the extreme -- and I have nothing good to say about anything he's done that I'm aware of -- but let's not tar the entire province on one year's worth of anti-environment measures.
Especially in the context of Canada's overall non-performance, without mention of the TS2's (two tarsands provinces') "performance."

A few months ago I

A few months ago I participated in an online consultation about fossil fuel subsidies. The key word in the G20 commitment is "efficient" -- only subsidies that are not "efficient" would have to be scrapped. Guess what, the federal government's discussion paper found that none of the subsidies it provides the sector are "inefficient"! Great going, Libs.

Both the feds and the

Both the feds and the province are funding pipelines to First Nations, which currently heat with propane. My guess would be that natural gas is the better choice of the two, if they were both equally available already.
Meanwhile, First Nations that can are busy installing solar and wind, and investing in batteries to store energy saved during non-peak periods ... and apparently those batteries are also useful in reducing the amount of natural gas used as well, where that is the electricity-producing fuel source.
What I don't understand about the "efficiency" argument is how it's not more efficient to just get the job done by putting those subsidies into wind, solar and batteries. Oh yeah ... right! Those are not centralized systems providing efficient profits to the private sector and its investors.