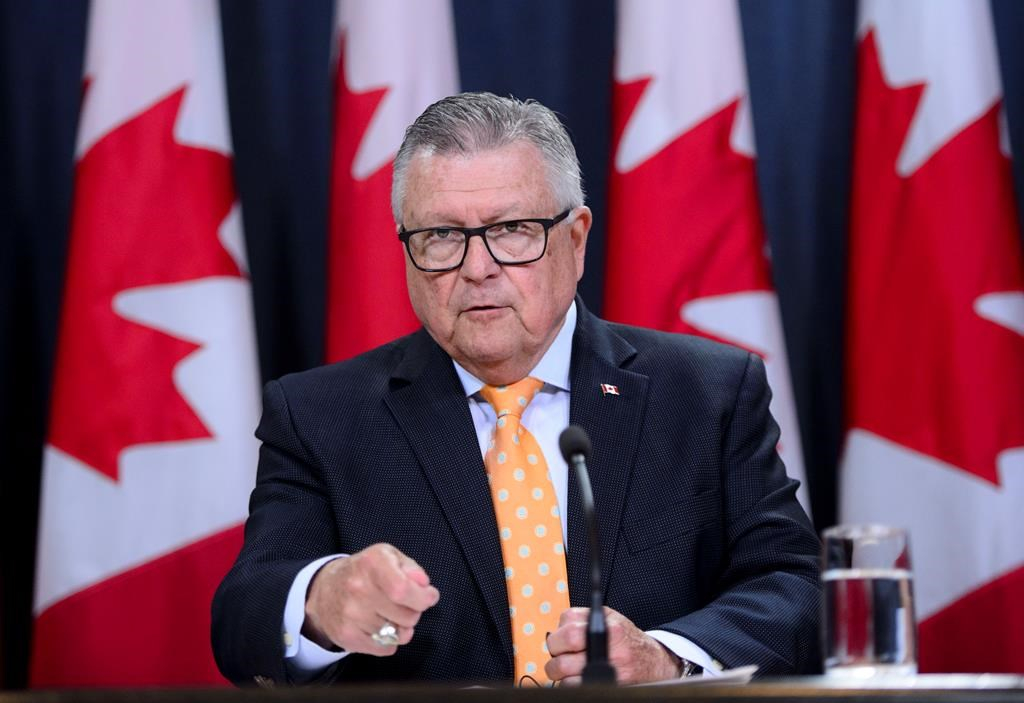 Ralph Goodale makes an announcement regarding the protection of children from online sexual exploitation during a press conference at the National Press Theatre in Ottawa on Aug 6, 2019. Photo by The Canadian Press/Sean Kilpatrick
Previous story
Next story

The Liberal government committed about $22 million over three years to the cause in this year's federal budget, and are detailing how the majority of the spending will go to local police internet child exploitation units.

The rest of the money will go towards raising awareness, strengthening the judicial system and engaging with online companies to make sure their platforms do not host child pornography and related content.

At the meeting, Facebook, Google and Microsoft adopted a set of rules the governments proposed to remove child pornography from the internet more quickly.

Goodale says just over $2.1 million of the money in this year's budget will go towards ensuring the companies maintain their focus.

Toronto woman warns others about photos surfacing on image-sharing site