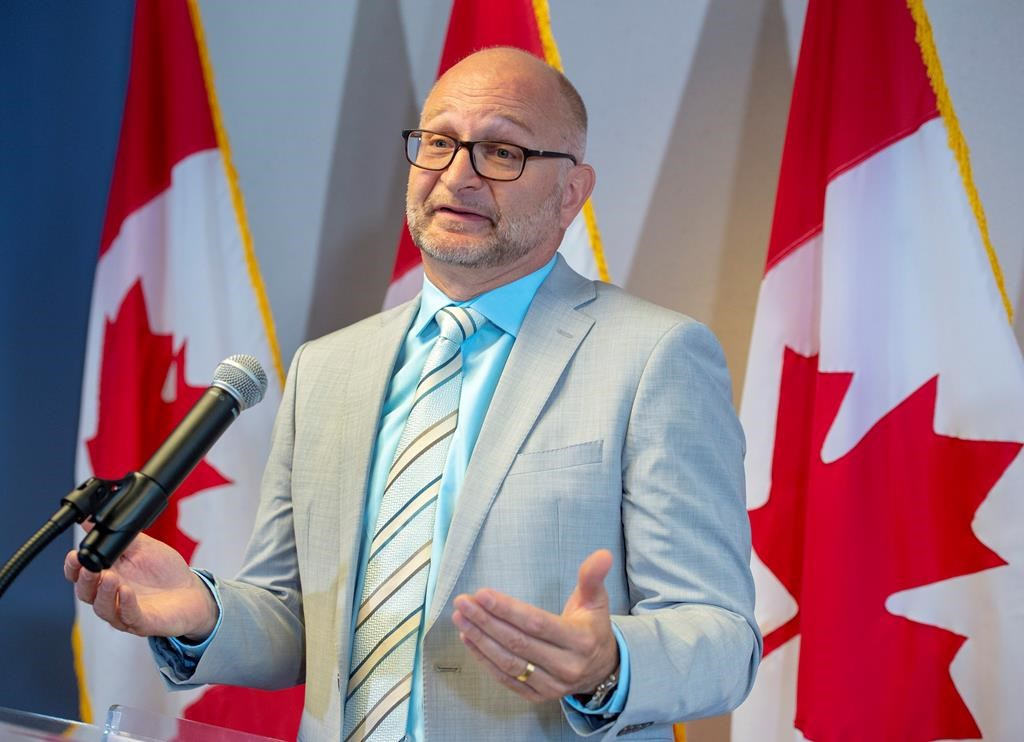 Federal Justice Minister David Lametti speaks to the media at a news conference on Thursday, August 1, 2019 in Montreal. Photo by The Canadian Press/Ryan Remiorz
Previous story
Next story

Canadians with criminal records for simple pot possession can now apply for a pardon free of cost and with no mandatory five-year waiting period — but they'll have to finish their sentence first, federal Justice Minister David Lametti announced Thursday.

Lametti told reporters the government's Bill C-93, adopted last June, has officially come into force. He said the law was the next logical step after the government legalized cannabis consumption across Canada last October.

Canadians with criminal records for possessing up to 30 grams of marijuana will no longer have to wait five years after completing their sentence to apply for a pardon, nor must they pay the usual $631 fee to apply.

But anyone still serving a sentence for simple pot possession will have to wait, Lametti said.

"To my understanding no one is actually sitting in jail as a result of a conviction for possession of cannabis," he said. But some Canadians might still have community service obligations or other requirements connected to a conviction, he added.

"In that case we wouldn't interfere in that regard," Lametti said. "Those people will have to finish their sentence."

A pardon, or record suspension, means the criminal record in question is kept strictly separate from other records and that it may be disclosed only in certain circumstances.

A pardoned conviction will not appear on the Canadian Police Information Centre — or CPIC — database, which is used by United States border officials. But a pardon will not erase information about Canadians already in U.S.-controlled databases, meaning people with criminal records for cannabis possession could still face travel problems.

"Any sovereign country has the right to control who goes into their country," Lametti said. "That is, in a sense, beyond our control."

Due to non-standardized criminal recording systems across Canada, the federal government doesn't have a precise number of Canadians who have convictions for simple pot possession. Lametti said an estimated 250,000 Canadians "have some kind of cannabis possession conviction."

The minister said the new law is "particularly significant for many in minority communities — including black and Indigenous Canadians — who have been disproportionately affected by the enforcement of previous cannabis laws."

But a pardon is not an expungement, which involves having a conviction completely wiped off the books, and activists have criticized the law for not going far enough. They say a criminal record can be reinstated if it is not expunged.

The Congress of Aboriginal Peoples said Thursday Lametti's news was a "small step in the right direction." National Chief Robert Bertrand said in a statement that the criminal records should be expunged.

"The issue of simple cannabis possession has had negative affects on Indigenous people in this country and has caused great harm to families and closed many opportunities for employment," he said in a statement.

Lametti said the government is reserving expungement for people who were convicted in the past of offences that today would be considered a violation of the Charter of Rights and Freedoms, such as consensual sexual activity between same-sex partners.

Before legalization last Oct. 17, people convicted of simple possession could face up to six months in jail and a $1,000 fine.