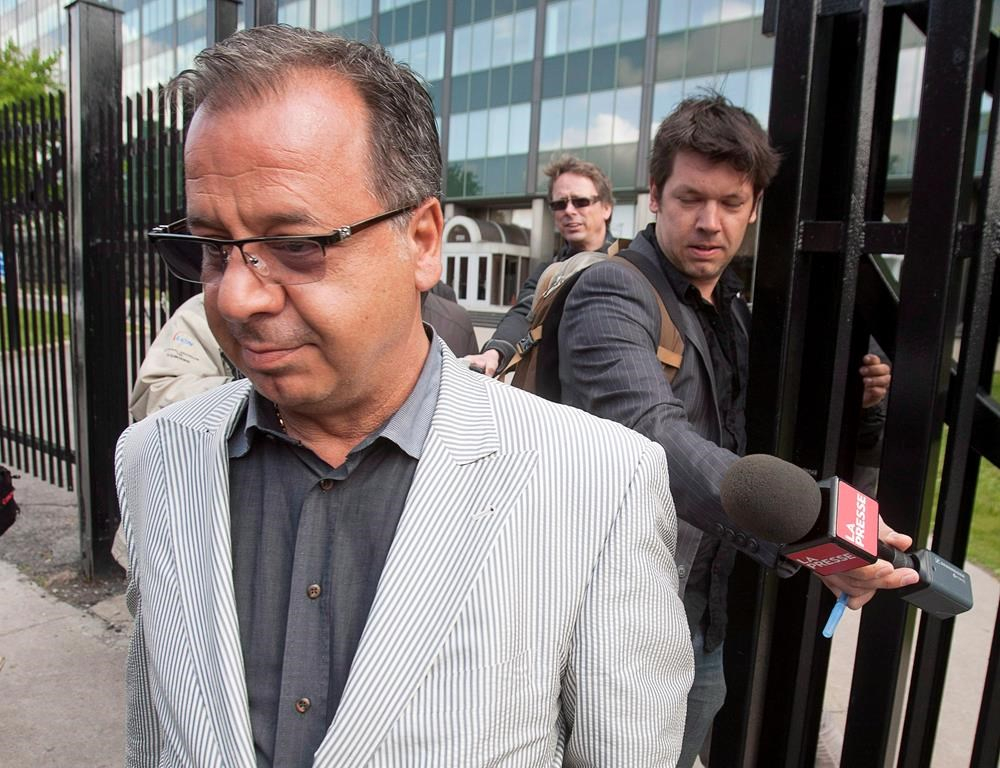 Construction magnate Paolo Catania leaves Quebec Provincial Police headquarters after being arrested by the anti-corruption unit, in Montreal, on Thursday, May 17, 2012. File photo by The Canadian Press/Ryan Remiorz
Previous story
Next story

Quebecers' trust in their institutions is once again being tested after another high-profile fraud case was thrown out because legal proceedings took too long, Justice Minister Sonia LeBel said Friday.

LeBel was reacting to news that 989 tax fraud-related charges against a construction entrepreneur in Montreal were stayed after the length of the trial exceeded legal limits set by the Supreme Court of Canada.

On Thursday, a Quebec court judge issued a judicial stay in the case against Paolo Catania, his family construction business and other company employees. Quebec's Revenue Department claimed the defendants evaded $1.2 million in taxes and it sought fines from them totalling $25 million.

Catania's name came up often during Quebec's public inquiry into corruption in the construction industry. His company was heavily involved in road and sewer contracts in the city. Last May, a judge acquitted Catania and former high-ranking Montreal councillor Frank Zampino in a separate fraud case involving a Montreal land deal.

"Our government is aware of the impact of court delays on Quebecers' confidence in the justice system," LeBel said in a statement. The minister said she recently introduced a bill that she contends will improve the justice system's efficiency and simplify court proceedings.

"We are determined to take action to ensure that citizens, and especially victims, can maintain their trust in our system and in the people who compose it," LeBel said.

Catania's lawyer, Paul Ryan, said his clients were first charged in 2013 and the trial was only expected to end next May.

"My clients are relieved," Ryan said in an interview. "They have been living with the weight of this for six years already."

Last February, a Quebec court judge stayed charges of fraud and bribery against former SNC-Lavalin executive Stephane Roy, ruling his right to a trial within a reasonable time had been violated.

Roy’s case resulted from the same RCMP investigation that led to charges against SNC-Lavalin, which is accused of paying nearly $48 million to public officials in Libya between 2001 and 2011 to influence government decisions.

Liberals need to go in order to clean up Quebec politics: corruption whistleblower