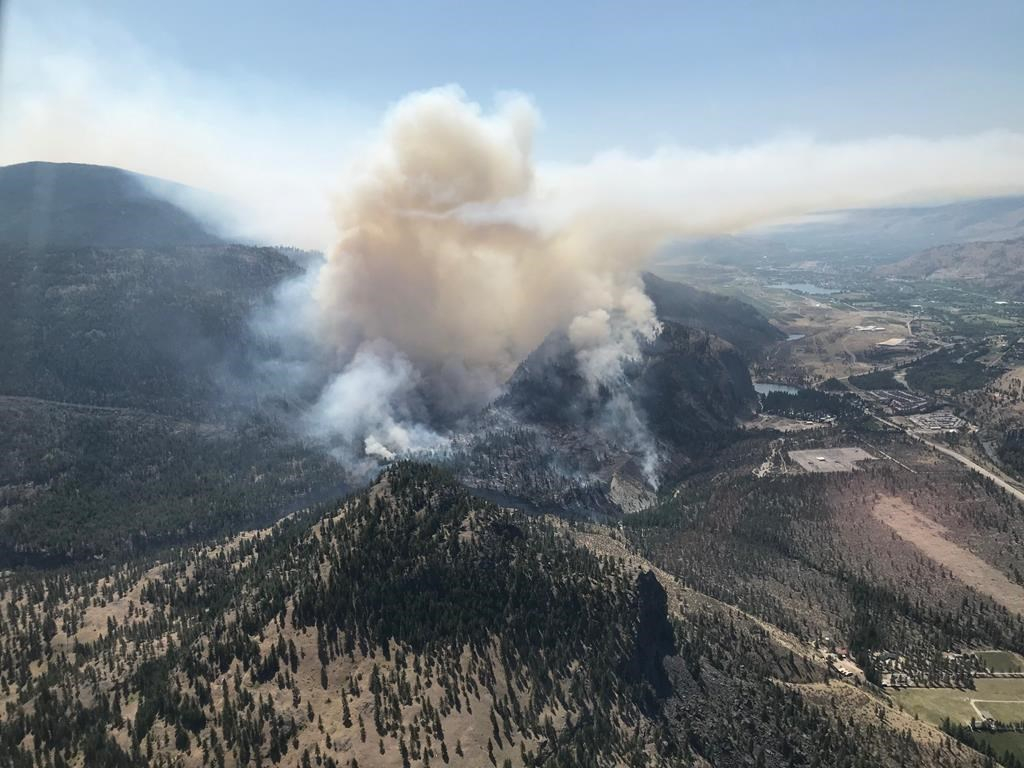 A view of the Eagle Bluff fire in British Columbia is shown in a handout photo. Handout photo by BC Wildfire Service
Previous story
Next story

A wildfire burning in steep and rocky terrain in British Columbia's southern Okanagan is defying containment efforts and has grown to nine square kilometres in size.

BC Wildfire Service maps show flames are moving through an area of cliffs and other challenging terrain on the east side of Highway 97 and officials say that is making the fire extremely difficult to battle.

An evacuation alert covering 206 properties just north of Oliver was expanded late Tuesday to cover a section of the Osoyoos Indian Band reserve that includes a business park and the Okanagan Correctional Centre, which has 378 jail cells.

Eighty firefighters and other experts have been assigned to the blaze since it broke out Sunday, while water and retardant drops from helicopters and air tankers are bolstering containment efforts.

Weather in the Okanagan and Similkameen areas is not co-operating, with special weather statements in effect across the southern Interior calling for temperatures in the mid to high 30s and no rain until at least the weekend.

The wildfire danger rating in B.C. has climbed significantly since the weekend, with ratings of high to extreme posted across parts of the lower quarter of the province, much of southern Vancouver Island and the northwest corner of B.C.

The statement says Penticton, Oliver, Summerland, Naramata and Osoyoos will be blanketed by wildfire smoke over the next day or two.

Those with health conditions, the elderly, pregnant woman or infants are more likely to experience health effects from exposure to the smoke.

Evacuation alert for 206 properties as wildfire grows in southern Okanagan