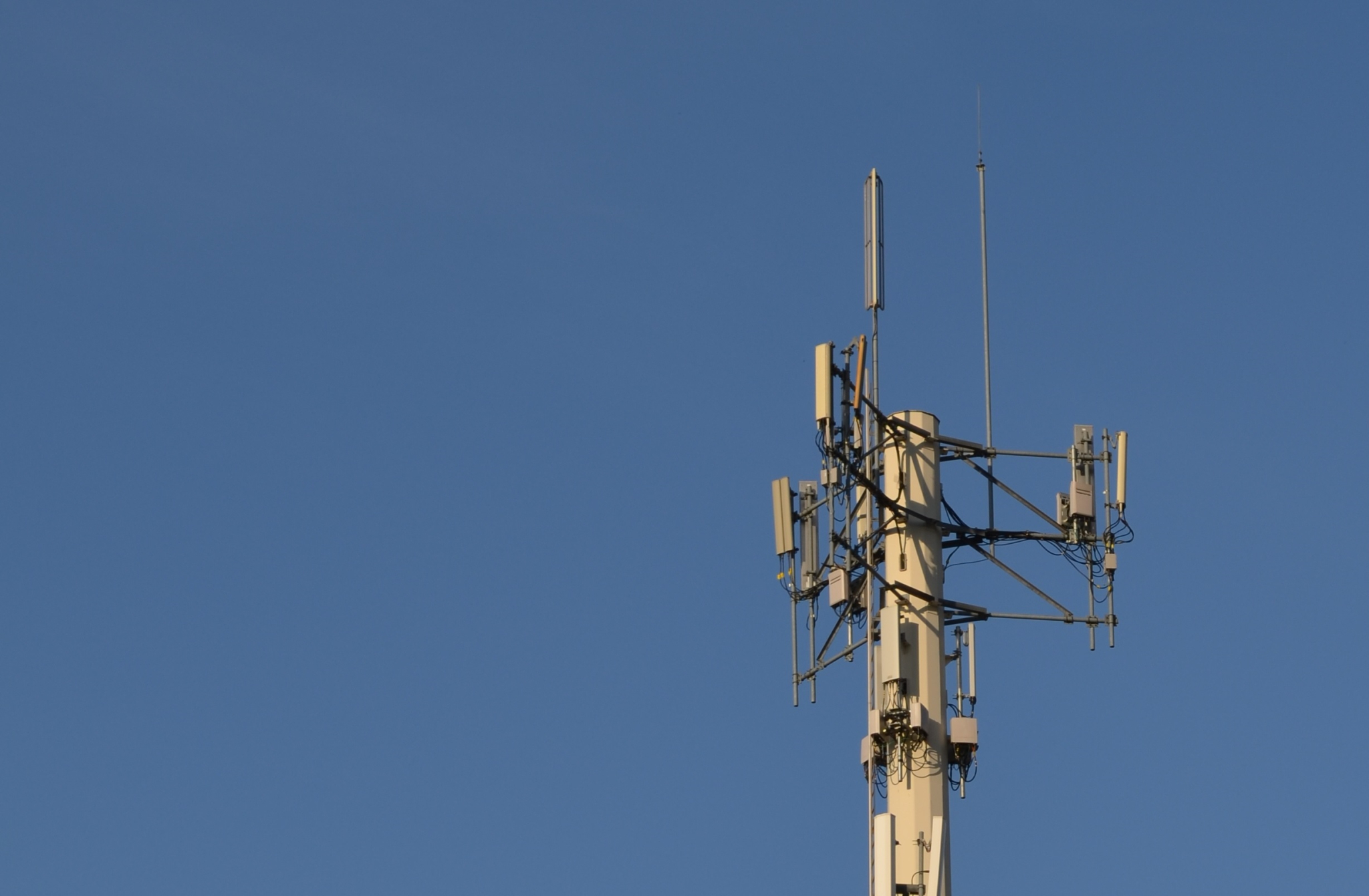 Residents of a building on Nuns' Island in Montreal believe that cellular antennas on their rooftop are making them sick and are fighting to have them removed, despite the fact that frequency levels are within the parameters of Health Canada’s guidelines that regulate electromagnetic frequencies.

Their panic intensified when a Montreal doctor at the Westmount Wellness Center diagnosed two residents with forms of hypersensitivity — one electromagnetic (EMH) and the other environmental. A professor at McGill University has been egging them on, too.

But EMH is controversial. Symptoms have not been linked to electromagnetic frequency (EMF) exposure, having failed to satisfy multiple double-blind studies. It is not a recognized medical diagnosis.

“I cannot sleep, I have a difficult time working and I am afraid that I am dying. Slowly frying like a lobster, irreversible hypersensitisation to [radio frequency] radiation because I have been exposed for long durations, all the while being told everything was below Safety Code 6,” said building resident and former Montreal city councilor Michelle Daines.

Safety Code 6 is the name for Health Canada's guidelines on radiofrequency electromagic energy. In her mission to have the antennas that she is now convinced are causing her illness removed, Daines has recruited others to her cause and panic has spread through the building.

“You get dizzy. You lose your sense of orientation. It’s like a shutdown. You cannot think anymore,” resident Josée Lacoursière said.

“I cannot work anymore because when I wake up...I’m so exhausted not only because I don’t sleep, I’m exhausted because this is draining all my energy. It’s attacking my brain. It’s attacking my nerves...I feel very bad, I suffer so much. I feel like crying because my head is really hurting and I have those palpitations in my heart."

Some see growing public concern over electromagnetic frequency radiation as rooted in fear of technology.

The World Health Organization notes that the evidence does not confirm any health effects from low level exposure to electromagnetic fields. Yet, armed with a diagnosis and backed by an academic at McGill, residents continue their efforts to have the antennas on their rooftop removed, and have threatened litigation to that effect.

Some continue to argue for tougher regulations despite the consensus that the effects of such exposure are negligible. They want stricter guidelines enacted until any potential health risks can be ruled out entirely, and are calling for a halt to the rollout of 5G wireless technology (which is more powerful than 4G while less penetrating) by the telecommunications industry. Their voices are making an impact.

Barry Breger, who diagnosed the two residents, said that he is seeing an increase in patients who believe that they have EHS. He’s one of the rare doctors willing to diagnose the condition and believes the theory that it is caused by radio frequency exposure.

Breger’s license to practice medicine in Quebec was suspended in 2016 for treating patients in a way that is “not consistent with scientific findings."

But it was reinstated pending Breger’s appeal. “Why would anybody complain if they weren’t having symptoms?” said Breger. “People don’t want to make trouble. They get sick. So when they get sick you listen to them. That’s my job,” Breger continued. “We’re not doing due diligence to find out if it [EMF] affects the human body.”

As claimed health effects of electromagnetic frequencies continue to generate passions, debate and skepticism, Paul Héroux, at McGill University’s Department of Epidemiology, Biostatistics, and Occupational Health, is fuelling the fire.

Having tested radio frequency levels in the Nuns' Island building and confirmed that safety guidelines are being respected, Héroux told residents that he doesn't agree with Health Canada standards.

Héroux, who researches the health effects of electricity and electro-magnetic fields at his lab, said that “the electro-sensitive population” are more vulnerable than the rest of us to these invisible forces and can act as a sort of weathervane on the issue.

“It’s a little bit like the canary in the mine, you know. Some people are more susceptible, and sometimes these people can warn us about a present danger,” he said.

Others such as Anthony Miller, of the Dalla Lana School of Public Health at the University of Toronto, continue to argue in the same vein that EMF causes cancer.

Having stated in a 2018 paper that radio frequency radiation should be regarded as an established carcinogen in humans, Miller agrees with Héroux that health effects of wireless technology deserve further scrutiny.

“We’re playing with fire. We don’t have the human studies yet because it’s not there, but it’s the sort of thing that we should be extremely cautious about,” Miller said.

He is preparing a paper on the subject with the intention to publish once it has passed review. Both Héroux and Miller want Health Canada to implement stricter regulations on the telecommunications industry and postpone approval for 5G antennas.

Joe Schwarcz, director of McGill's Office for Science and Society, disagrees. Schwarcz said that while research on the topic does continue, the established science doesn't support the residents' concerns.

“People who claim that they are electro-sensitive, when they’re put into a blinded situation, cannot detect whether the equipment is on or not,” he said. “There have been numerous trials of that, and no one has been able to do it. So what is the chance that this is an outlier of a case?”

It’s normal for people to look for answers when they are sick and don’t know the cause, Schwarcz said.

“These people really are suffering. There’s no question. The question is, what it is that they’re suffering from?...the nocebo effect is very real. The nocebo effect is sort of the bad cousin of the placebo effect: if you believe that something can do you harm, it can. It’s not because you’re stupid. This can happen to anyone because people make connections.”

Rogers Communications is responsible for the rooftop antennas that residents attribute to their condition. Rogers spokesperson Sarah Schmidt said in a written statement that “the health and safety of local residents is of utmost importance to us, which is why we always adhere to all standards and requirements of Health Canada.”

Health Canada spokesperson Maryse Durette said in a written statement that evidence of a possible link between radio frequency energy exposure and cancer risk remains inconclusive but that the agency would take action if further studies came to light indicating a valid risk.

“With respect to cell phone towers, as long as exposures respect the limits set in Health Canada's guidelines, there is no scientific reason to consider cell phone towers dangerous to the public,” Durette said.

I was poisoned by cell phone

I was poisoned by cell phone towers in 2007. The radiation readings were taken by a university researcher with calibrated equipment when all other avenues of cause were exhausted. The readings were found to be illegal. My medical history was reviewed extensively to make sure that this was in fact the cause. The wireless radiation poisoning left me extremely ill for years. The poisoning also left me sensitive to all wireless devices and I am now cloistered at home 98% of the time, as I can’t get away from wireless devices in public. I sleep in a Faraday cage. Luckily I had European physicians who knew about wireless radiation poisoning and helped me recover. I was awarded Social Security Disability Income based on Electromagnetic HyperSensitivity EHS in 2012. If you have EMH, you are not alone. Many don’t know they are affected, many don’t relate their symptoms to wireless devices and their physicians don’t know. Many know and are afraid to tell anyone. I am the evidence.
Anne Mills
Author, All EMF*d Up.

Ummmm ... wasn't it Health Canada who told us thalidomide was safe? And various pesticides since removed from the market because they weren't? Anyone who believes Health Canada's approval means there's no good science to the contrary just hasn't had their eyes open. Note also that glyphosate is still on the market ... despite the science.
As for the science on EMF sickness, see a summary of the presentation made to the EU committee on EMF in 2018 by Dr. Martin L. Pall:
https://einarflydal.files.wordpress.com/2018/04/pall-to-eu-on-5g-harm-ma...

I can't believe you are

Joe Schwartz is not credible

Joe Schwartz is not credible and your jokes are not acceptable. As a former broadcaster you should be ashamed of yourself for publicly mocking those who will work endlessly to have rooftop cell phone towers removed from residential buildings. The Beaver Creek Housing Co-operative has a couple of strong cell phone towers within a thousand feet of it but it should request that Rogers install a cell phone tower right on top of your home and let you see how it feels...but your by laws probably won't allow them.

Also, WiFi and communications towers generally are under federal control.
Check out the Canadian Human Rights Commission's paper on Environmental Sensitivities -- Medical Issues, published in 2007:
https://www.chrc-ccdp.gc.ca/sites/default/files/envsensitivity_en.pdf
And the companion piece on Legal Issues, also published in 2007:
https://www.chrc-ccdp.gc.ca/sites/default/files/legal_sensitivity_en_1.pdf
You will also find there reference to some other countries' handling of the matter.
Some countries have much tighter standards than we have; some don't allow WiFi in schools, for instance.
It's not that the science is not there. It's that it has been extensively cherry-picked by the communications industry, whose recommendations were accepted by the panel whose responsibility it was to review Safety Standard 6, without going any farther.

Joe Schwarcz is not qualified

Joe Schwarcz is not qualified to diagnose or undiagnose anyone. He is not a member of any scientific order and is a caricature of a chemist who target markets the average Joe and caters to the Trottier Foundation which funds the McGill Office for Science and Society. As a graduate of McGill I am ashamed of his comments and reported them to McGill as offensive. I have reported him to as many authorities as relevantly possible. He is not a serious source of any medical information and should be banned from commenting on medical diagnosis because although he fancies himself a doctor and calls himself "Dr. Joe" is a public danger and his books should be reviewed for the kind of unsolicited medical advice he gives. Josee Lacourciere and I do not respect his opinion and have told him so. The bias he clearly presents any time he speaks out on the issue of HyperElectroSensitivity is prejudicial to the victims in the case that is building against Rogers and others who install rooftop cell phone towers that radiate low level radiation 24/7 on humans and domestic pets, all presenting critical illnesses that are directly connected to the exposure. Your reporter has since been banned to Saskatchewan for writing this article. His research was good but the editing gave too much importance to Joe Schwartcz, a man we have requested be fired.