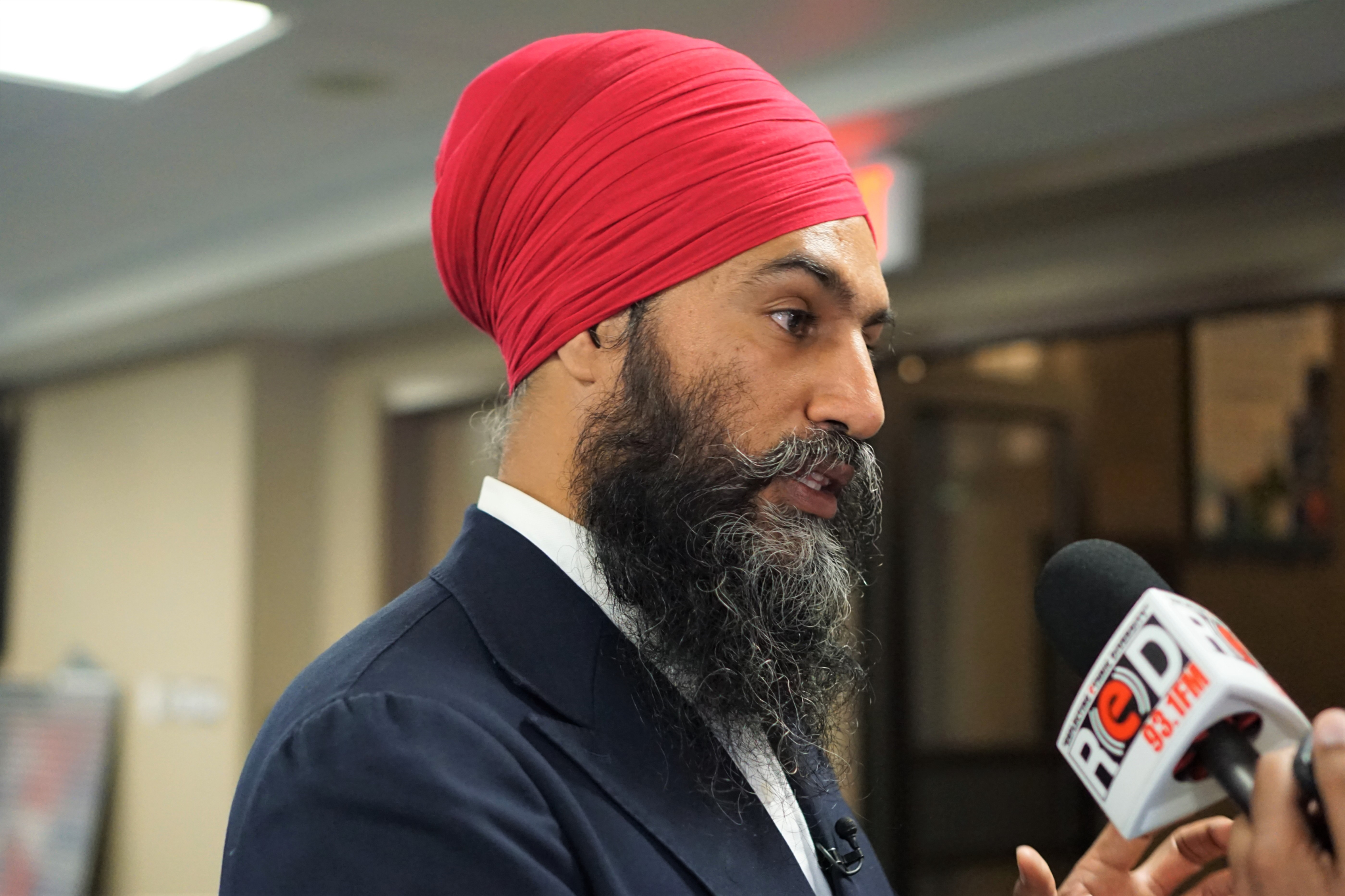 Justin Trudeau has decided not to release a report by former Liberal cabinet minister Anne McLellan on the SNC-Lavalin affair.

Instead, the prime minister will wait until the federal ethics commissioner, Mario Dion, releases his report, expected in early September.

New Democratic Party Leader Jagmeet Singh called Trudeau’s decision a "cynical" and “troubling” move, in comments at an event in Vancouver on Aug. 13.

Singh told National Observer that Trudeau may be hoping to minimize the negative impact from Dion's report by releasing McLellan's at the same time. He also questioned the independence of the report, given that Trudeau's government commissioned McLellan.

"The ethics commissioner is independent, and that report might be very scathing, and the timing to blunt the scathing report with one that's paid for by the government is troubling," he said.

National Observer requested comment from the Prime Minister's Office but a spokesperson said they had nothing to add.

"We will be releasing the report at the same time as the ethics commissioner makes his report public."

The prime minister appointed McLellan in March to look into the SNC-Lavalin affair, and whether the roles of minister of justice and attorney general should be separated.

This issue became central after former attorney general Jody Wilson-Raybould said she was inappropriately pressured by the PMO to push a deferred prosecution for SNC-Lavalin, a Montreal engineering company facing charges of fraud.

Wilson-Raybould said pressure from the PMO she received as justice minister interfered with her position as attorney general.

In a phone call with former clerk of the Privy Council Michael Wernick, Wilson-Raybould called pressure from the PMO "political interference" that could breach "prosecutorial independence."

Singh said the scandal shows the Liberals' priority is "covering themselves, and their wealthy and powerful and connected friends."

In a statement Tuesday, the Conservative Party's deputy leader Lisa Raitt said Trudeau is trying to "distract Canadians" by looking into the roles of Minister of Justice and Attorney General.

SNC-Lavalin cloud lifts for Liberals as they face close fight with Tories: poll

Crony Capitalism is the real

Crony Capitalism is the real problem in Canada, and which party will actually put an end to it, is the question that should be asked

And if Trudeau had released

And if Trudeau had released the report, Singh would have said that it is troubling that the Liberals are cynically attempting to preempt the report of the Ethics Commissioner by releasing the McLellan report first.

Yes. This is quite true.

Yes. This is quite true.

The report is not on the SNC

The report is not on the SNC affair - it was requested to look into whether the roles of the minister of justice and the attorney general should be separated. To say that it is a report on the SNC affair is disingenuous & misleading. If Singh was serious he would know that. If he doesn't, he should.

Yes. What you say is also

Yes. What you say is also true.

To imply that the report was

To imply that the report was not commissioned as a way to give the Liberals cover for their own 'brass it out' statements and actions during the tumult over the SNC fiasco would be disingenuous. Singh is doing his job, good on him!