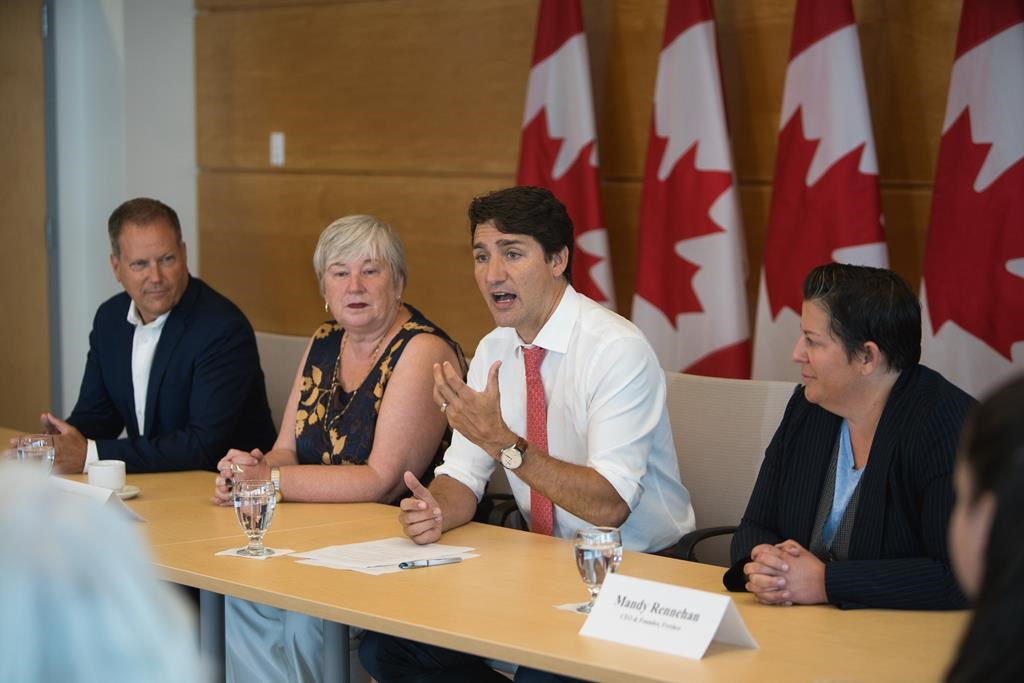 Trudeau made the announcement prior to a roundtable meeting focused on promoting trades for women at a Nova Scotia Community College campus in Dartmouth, N.S.

In brief opening remarks before the closed-door session, Trudeau said trades should be seen as a viable option at a time when there's "a lot of uncertainty" about where the jobs of the future will come from.

"We know that trades are a great career that offers professional development, continued advancement, and a level of satisfaction that is remarkable," he said.

The Liberal government announced $6 million over two years in the 2019 budget to create a national campaign to promote skilled trades to young people.

However, Trudeau acknowledged that breaking into trades isn't an easy proposition for many in the job market.

"There can be challenges for certain people to get into trades, particularly minority groups, or women, or marginalized communities. That's why talking about how important trades are is important . . . for everyone."

The advisory committee is to lay the groundwork for a national campaign to encourage apprenticeships and promote the skilled trades as a career. It will lead consultations, explore partnerships, and provide advice to the minister of employment, workforce development and labour.

Members named to the committee so far are the three co-chairs Mandy Rennehan, founder and CEO of Freshco, Jamie McMillan, ironworker and founder of Kickass Careers, and Matt Wayland, executive assistant with the International Brotherhood of Electrical Workers. More members are to be named later.

According to the federal government Canada will need 67,000 new journeypersons to sustain the country's workforce in the 10 largest standardized trades by 2023.

However, the number of young women in particular who are considering a career as a skilled tradesperson, continues to be low. The government points to an OECD survey that found only two per cent of 15-year-old female students were planning to pursue a career in the skilled trades.

Rennehan, said it's a trend that has to change given that women represent just four per cent of the skilled trades workforce.

"Everybody needs to understand that four per cent needs to shoot to 40 per cent, and then we will be the front-runner in the world," she said.

Emily Boucher, of the Nova Scotia-based non-profit group Techsploration, said her group has been working through a mentoring program to introduce girls in Grades 9 through 12 to in-demand careers in science, engineering, trades and technology since 1998.

She said there has been a "significant shift" over the past five to 10 years in how employers in the trades have come to see women as a potential source of labour.

Boucher welcomed the renewed emphasis by the federal and provincial governments on promoting the trades and women's place in them. "A diverse workforce is a more productive workforce, so it directly impacts innovation and bottom line in Canada," she said.