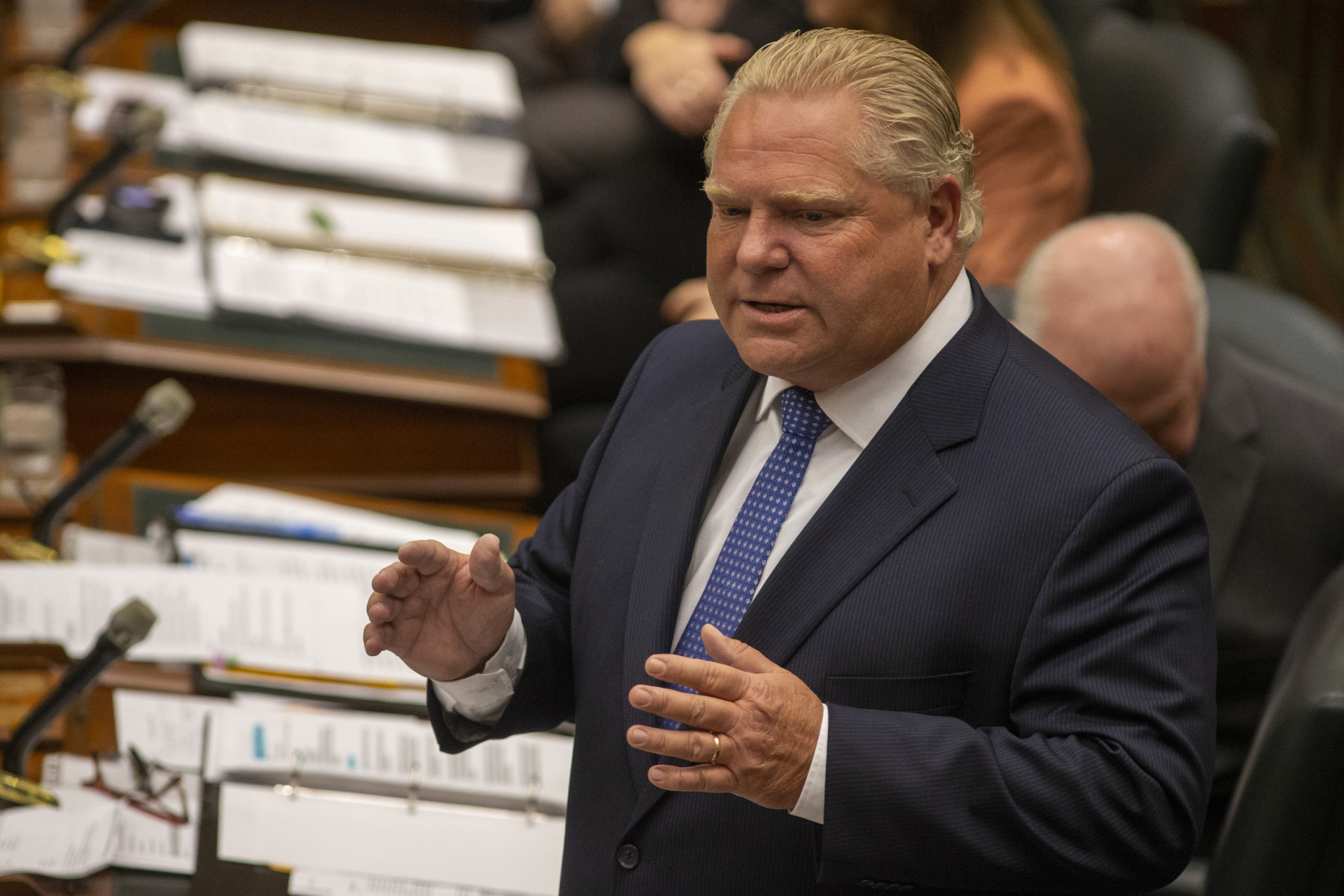 The Doug Ford government is suing the office that preserves public-sector transparency in an effort to block the release of documents outlining Ford's expectations for each cabinet minister.

Brian Beamish, Ontario's information and privacy commissioner (IPC), said his office, which upholds and promotes open government and the protection of personal privacy in Ontario, had issued a request on July 15 for the release of the mandate letters sent by Premier Ford to all government ministers. The order was for 23 mandate letters: 21 letters to each of the ministers, not including intergovernmental affairs, and two letters directed to the ministers responsible for francophone affairs and women’s issues.

In a post titled "Why I ordered the Government of Ontario to share its mandate letters" on the IPC website Wednesday, Beamish, an independent officer of the legislature, said his office received notice on Aug. 14 "that the government intends to challenge my decision in court and prevent the release of the letters."

Mandate letters are the first communication a premier makes with their appointed ministers. They convey party values and policy priorities, as well as the government's plan of action. Mandate letters can include advice, instructions and guidance in this regard.

The government's cabinet office denied Beamish's request for the letters "based on the premise that, as cabinet documents, they are automatically exempt from disclosure," Beamish wrote.

The Ontario government is challenging Order PO-3973 in court. https://t.co/SXGTT0jP6E

Beamish said he reviewed Ford's mandate letters and determined that "they do not reveal government deliberations, the substance of any meetings, discussions, or any other options considered by the Premier’s Office," and ordered the release of the documents under the province's freedom-of-information laws by Aug. 16.

These laws ensure Ontarians have the right to access government information to help further a transparent democratic province and help keep government to account.

Cabinet documents are often exempt from freedom-of-information laws to allow elected members of government "to engage in free discussion of sensitive issues, in private," Beamish wrote. "As such, cabinet documents cannot be disclosed if they reveal the substance of deliberations of the Executive Council or its committees."

However, mandate letters "are frequently made public," he said.

Under former Liberal premier Kathleen Wynne, mandate letters were made available for the public on the government's website.

"The purpose of our freedom of information law is to support the public’s ‘right to know.’ Unless government records are exempt, they should be disclosed to the public. In this case, the mandate letters do not qualify for exemption as cabinet documents. I ordered their release because Ontarians have a right to know what the government’s policy priorities are," the commissioner wrote.

In an email to National Observer, Ford's spokeswoman, Ivana Yelich, confirmed that the government had filed an application for judicial review of the commissioner’s order before the Ontario's divisional court.

"Our position is that the Premier’s mandate letters reflect the deliberations of Cabinet and are exempt from disclosure under FIPPA," Yelich wrote. "As this matter is currently before the Courts we cannot comment in detail on the Judicial Review proceedings."

Beamish, too, said in his post that he cannot comment further due to the ongoing judicial review. "I stand by my decision, and hope to see a swift resolution," he said.

“What are the government’s real priorities?" John Fraser, interim Liberal leader, said in an email. "They should be releasing the mandate letters. Ontarians deserve to know. That’s a reasonable expectation. What are they hiding?"

NDP MPP Taras Natyshak said in an email that Ford was "going to (the) mats to keep his schemes hidden away in back rooms."

"If there was nothing wrong with the plans he ordered his cabinet ministers to execute, he wouldn’t be fighting with the Information and Privacy Commissioner to keep them secret," Natyshak wrote. "Mandate letters should be made public because they lay out the priorities of a government. But Doug Ford doesn’t want you to know what his priorities and plans are, because you won’t like them."

Sigh, more evidence of the

Sigh, more evidence of the megalomania, paranoia and other disfunctions born of ignorance, the Ford PC government has displayed throughout its existence. For a party that boasts of being for the people it displays a woeful ineptitude in its PR machine. Could they be so Machiavellian as to manufacture these absurd tempests in order to deflect attention from their "real" agenda and actions? Quite possibly. They certainly exhibit the total absence of ethics, morality and probity we all long for from our "representative and responsible" governments.

And so much for respect for

And so much for respect for taxpayers' dollars. Not that we've seen any of that to date. I've no problem with program spending. I do have a big problem with wasting resources.