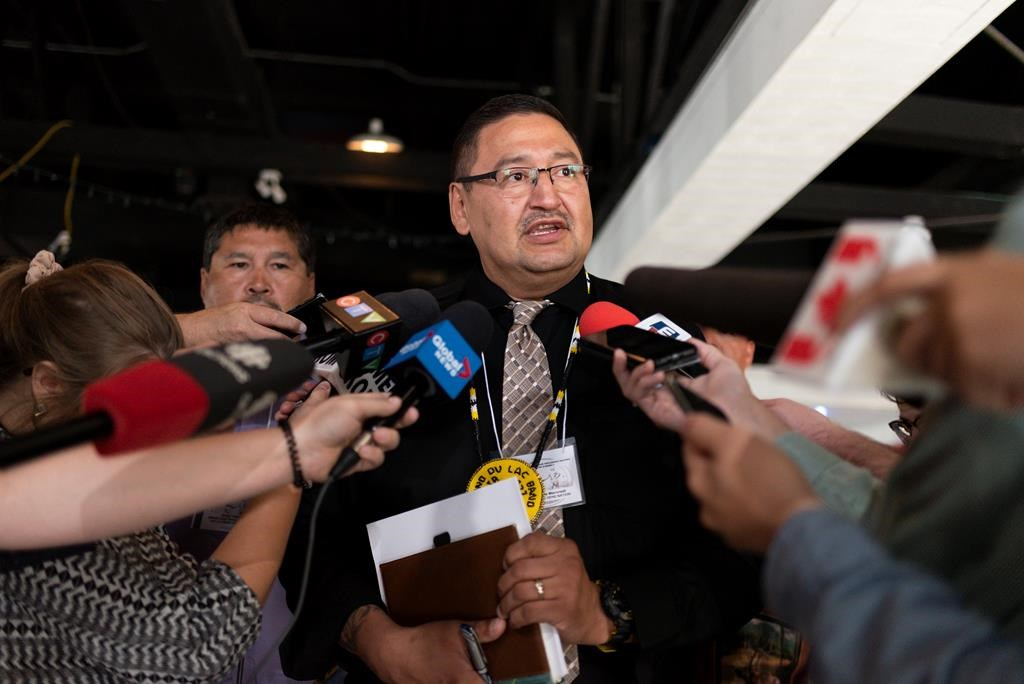 The chief of a remote Saskatchewan First Nation says the province's decision not to help improve an airport runway near his community while doing so in a city outside Regina shows racism.

Louie Mercredi of the Fond du Lac Denesuline First Nation said the province is abandoning its commitment to develop the runway by his isolated northern reserve.

He said the airport is in poor condition and the runway needs to be expanded. Mercredi has been pushing for changes since one person died and nine were seriously injured following a plane crash there in December 2017.

"I have told my people that we are getting a runway upgraded so the province (has) created a liar. I've lied to my people," Mercredi said during a news conference Thursday.

Provincial officials have said that the First Nation didn't complete an application for the funding and that the runway project isn't a priority this budget year.

Mercredi said the province was almost done with the project's design. The First Nation submitted an application in March, but it was incomplete because staff lacked technical expertise, he added.

He wants the province to help finish the application and fund the improvements.

Mercredi questioned why the government would spend money on an runway extension for an airport in Moose Jaw, but not one in Fond du Lac.

"Are they just supporting their ridings?," Mercredi said. "What I'm seeing is racism here."

He said Fond du Lac's existing runway is safe and the Transportation Safety Board didn't find the airstrip contributed to the 2017 crash.

"While I'm very sympathetic to the First Nation wanting an extension to the runway, and that's something that we will consider once the formal application comes in, I don't think it's fair for ... Chief Mercredi to say that there's a significant safety issue."

The safety board said in a report in December that the pilot of the plane took off despite noticing ice on the aircraft during a pre-flight inspection.

The board said people using remote, northern airports are at substantial risk because of a lack of proper equipment for de-icing planes.

Mercredi said the runway isn't safe for larger aircraft, so people are travelling on smaller planes and their flights are consistently delayed. As well, most of the community's food is flown in and deliveries have fallen behind due to the smaller aircraft.

The province owns and supervises the airport.

Given the report into the crash, runway upgrades weren't deemed a priority from a safety perspective, Wyant said. But the changes are being looked at because they're important to the community.

"Had they submitted an application, we would have given that serious consideration as to whether or not it would have been on the list that was provided to the federal government."

Wyant said officials requested in June that the First Nation hand in a complete application and granted them an extension.

He said he plans to discuss the project with Premier Scott Moe and the province's infrastructure minister.

A runway expansion for Moose Jaw was one of nearly 30 projects the province brought to the federal government in a request for infrastructure funding, which has been the subject of an ongoing dispute between Saskatchewan and Ottawa.

Saskatchewan's Opposition NDP said the government has been engaged in "partisan finger-pointing" over infrastructure funding.

"The fact that needed improvements still haven’t been made is ridiculous,” he said.

Bobby Cameron, chief of the Federation of Sovereign Indigenous Nations, said applications shouldn't be the issue and the province should focus on safety.