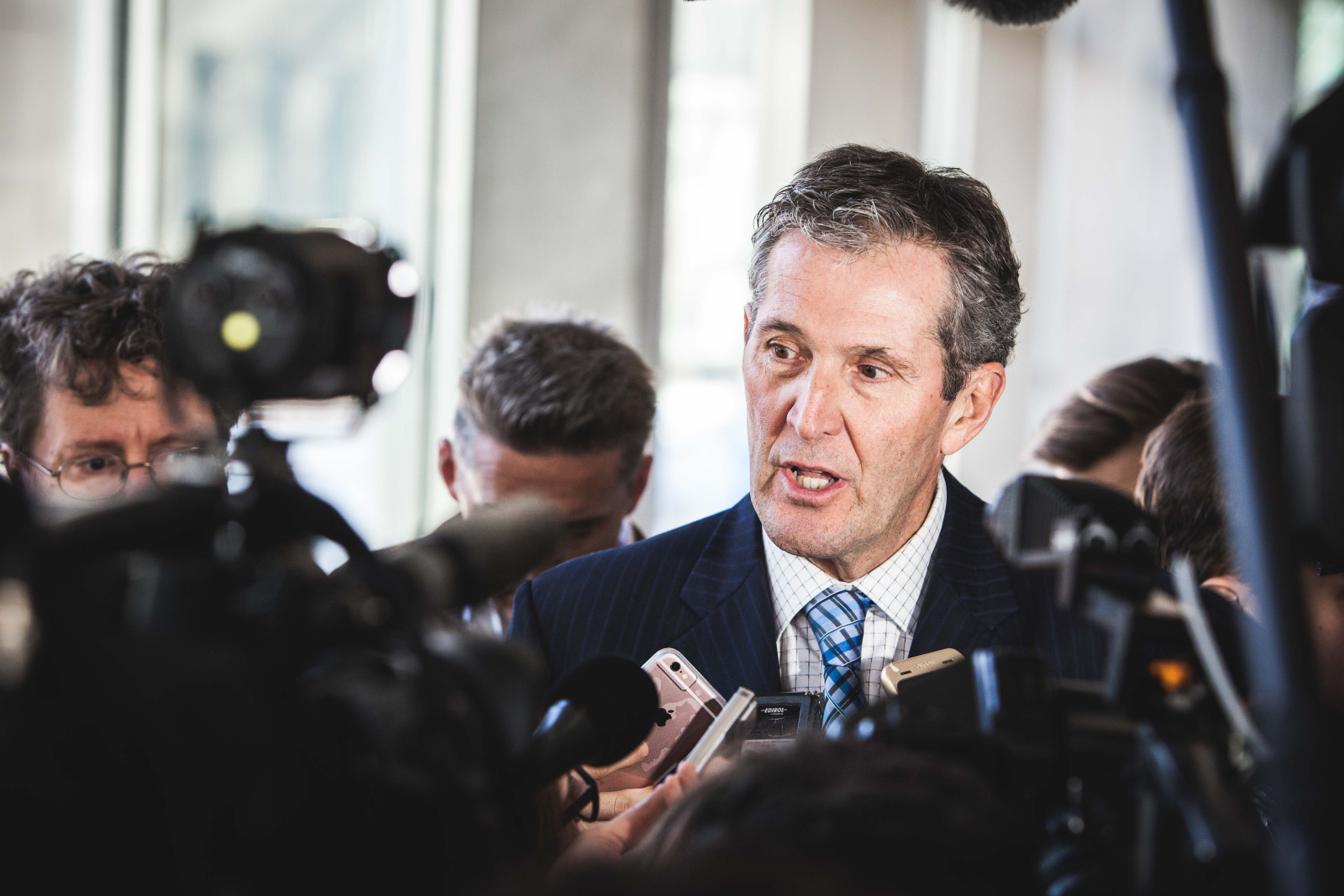 This article appeared in Policy Options on July 18, 2019. It has been reprinted here with the publication's permission.

Manitoba elected a Progressive Conservative government in 2016 that had explicitly held out the prospect of carbon pricing in its platform. At the time, it looked as if Manitoba could align its approach with that of the federal Liberal government. Ottawa was putting together the Pan-Canadian Framework on Clean Growth and Climate Change. But at the First Ministers’ Meeting in December 2016, Premier Brian Pallister refused to sign on to the framework, with a cryptic “not yet” comment. Still, that was not a “no,” which is what Brad Wall, premier of Saskatchewan at the time, said. Manitoba was a “maybe.” But Ottawa’s pan-Canadian framework would prove too inflexible to accommodate even this.

To understand the decision to say maybe, consider that Manitoba was developing its own carbon and climate approach. It was engaged in detailed policy and analytical work on the impact of various carbon pricing schemes. This culminated in the province’s release of its Climate and Green Plan in October 2017 and a made-in-Manitoba carbon price of a flat $25 per tonne from 2018 to 2022; in contrast, the federal price was to start at $10 per tonne and rise each year by $10, reaching $50 per tonne in 2022.

The federal response was both positive and negative. Ottawa acknowledged that Manitoba did in fact have an economy-wide carbon price and that it was in compliance with the federal price schedule as it then stood. At the same time, federal Environment and Climate Change Minister Catherine McKenna said that in subsequent years the province would have to “up their game.” That initial political positioning could be read in one of two ways: as Ottawa ruling that the pricing model was insufficient for the future, or as an invitation to negotiate. Subsequent federal interventions were read as the former, not the latter.

By the end of 2017, Manitoba’s “maybe” to the pan-Canadian framework had taken shape. It accepted carbon pricing, but on its own terms as part of a “made-in-Manitoba” approach. One of the reasons it did so was found in the province’s assessment of the legal landscape governing federal and provincial constitutional authorities in this field. Before its own plan was released, Manitoba commissioned an independent legal opinion on the federal authority to impose carbon pricing. It found that the federal government likely did, in fact, have that authority. But it also found that there was a good case to be made for a challenge if a province had an equivalently effective plan of its own.

This would be the basis of a judicial review challenge by Manitoba that is now under way. Before that, Saskatchewan had indicated its intention to bring a constitutional reference case to its Court of Appeal. This was followed by similar court references or interventions, after changes in government, by Ontario, New Brunswick, and Alberta.

The legal opinion was, in part, validation, both in policy and political terms, for Manitoba’s flat carbon pricing regime of $25 per tonne for each year from 2018 to 2022. Manitoba’s analysis showed that it could reduce emissions by slightly more with its flat $25 tax compared with the federal government tax that will rise to $50 per tonne. So why have a higher carbon price? Higher carbon prices in Manitoba would not yield significant emissions reductions but rather would just increase tax revenue and impact — something that the government was not willing to make the case for with citizens.

The reality is that Manitoba’s carbon pricing plan is based on a realistic analysis of the province’s GHG emissions profile and what it would take to actually reduce emissions. As the country’s “cleanest” province in terms of renewable hydroelectricity power, it has no electricity grid to decarbonize at a lower carbon cost per tonne compared with most other provinces. A rising carbon price yields varying stringency impacts, depending on the energy economy of the jurisdiction. Manitoba was offering to use a carbon pricing tool but not exactly as the federal government prescribed.

While it was not aligned with the federal carbon pricing schedule, here was a conservative government still willing to incorporate this mechanism and others to reduce emissions. Included was an innovative carbon savings account that sets specific GHG reduction goals and measures for rolling five-year periods. Instead of a top-down, long-term target beyond any one government’s mandate, Manitoba created a bottom-up, short-term goal backed by specific actions with annual progress reports to enhance accountability — none of which is done by any other province.

Despite initially positive reviews of Manitoba’s plan by federal officials (including the Prime Minister), Ottawa was taking a harder line publicly about whether it would be acceptable in the future. Shortly after a pivotal meeting between the PM and the Premier in Winnipeg in September 2018, Pallister announced his government’s decision to rescind the carbon pricing component of the Climate and Green Plan, while proceeding with the rest. He also announced his intention to request a judicial review of his “equivalency” argument that, if successful, would require Ottawa to allow Manitoba’s original flat carbon pricing policy to go ahead. That review will be heard by a Manitoba Court of Appeal judge in 2020.

Meanwhile, Manitoba announced in June its first carbon savings account with a GHG reduction goal of 1 megatonne of cumulative emissions reductions over the 2018-22 period. It is proceeding with all other aspects of its climate plan.

Since Manitoba had announced its intention to rescind its carbon pricing plan, the federal government decided to impose its own carbon pricing backstop on Manitoba, as it has with Ontario, New Brunswick, Saskatchewan and Alberta.

Ottawa’s reluctance to accept Manitoba’s plan is strange, given the politics of where we are today. It would have shown flexibility to an important Conservative government and shown an ability to “work across the aisle.” This is even more telling as the federal government has now capped the carbon price at $50 per tonne in 2022, making the case for the alternative, equivalency approaches that Manitoba offered even more logical.

Carbon pricing has always been a tough sell for conservatives. Some recognition of that by the federal Liberals would have been smart in the case of Manitoba. Even a rudimentary understanding of the difficult reality of GHG reductions in a clean electricity province like Manitoba would have been helpful. After it invested in clean electricity with a significant Manitoba Hydro debt and electricity price increases looming, there were limits to how far this Manitoba government could proceed.

In reality, Manitoba was never sufficiently the federal government’s concern. It was focused on getting emissions reductions in Ontario, Quebec and Alberta. Acceding to Manitoba’s pricing schedule would have compromised that goal, as it would have opened the door to other, different carbon pricing regimes in other provinces — and each of these jurisdictions was on-side at the time and supportive of the pan-Canadian framework. Political devotion to the framework ultimately trumped political pragmatism.

It appears that for the federal government, just saying no became more appealing than “getting to maybe” with Manitoba.

David, if "Manitoba’s analysis showed that it could reduce emissions by slightly more with its flat $25 tax compared with the federal government tax that will rise to $50 per tonne", is this validated by the feds? The equivalence is not obvious.

Either way, the PM's playing

Either way, the PM's playing apples against oranges.
The truth of the matter is that Manitoba, Quebec and Ontario have *all* reduced their emissions ... and Alberta's alone have risen sky high. Saskatchewan, I just don't remember at the moment ...
So the oranges all get squeezed, and the apple gets polished: here, boys, have some more subsidies! And go ahead with the ever-rising emissions levels. While cumulatively all the rest of Canada has met its targets to date, Big Oil in Alberta and Saskatchewan have literally wiped out all the progress the rest of Canada made. And for the most part, the citizens of the provinces paid for that progress in *their* taxes, while Big Oil beats its heartless chest, drumming up wails of how Alberta's being used and abused. And that buying them a pipeline no one else wants, and forcing it down BC's throat, just doesn't count. No amount of giving in to their demands will ever satisfy them: that's just not their game. Big Oil is never going to forgive him anyway, for being his father's son. (If only!)
And it's not as though most of Alberta's residents even want to fight against greening energy.
So Why oh why oh why oh why, Mr. T????