After sexual harassment problem of the past, Conservatives work to raise party standards 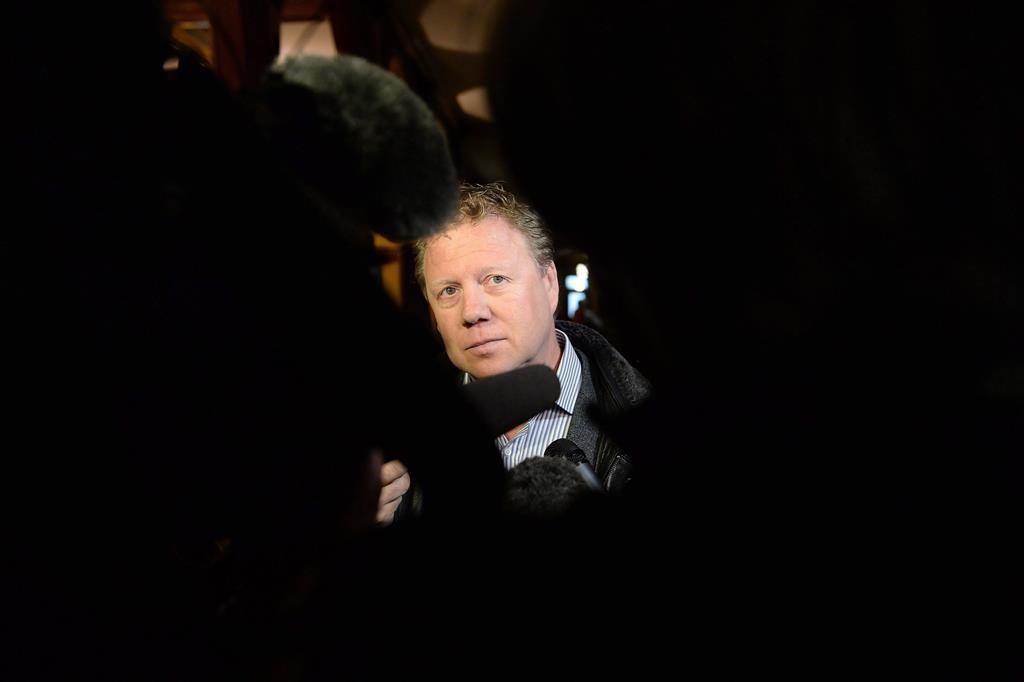 Rick Dykstra, President of the Ontario PC Party, arrives for a meeting to pick an interim leader to lead them into the June provincial election at Queen's Park in Toronto on Friday, January 26, 2018. File photo by The Canadian Press/Nathan Denette
Previous story
Next story

The Conservative Party of Canada is putting the final touches on an anti-harassment policy that's to apply to candidates in the October election.

The party promised a code of conduct for its candidates in response to a report on how former Conservative MP Rick Dykstra remained on the ballot in 2015 even after party insiders — including former prime minister Stephen Harper — learned he had earlier been accused of sexual assault.

Dykstra, who represented the southern Ontario riding of St. Catharines for nearly a decade, has denied doing anything wrong.

He lost his seat in the 2015 election before the allegations surfaced in a report by Maclean's magazine early last year.

The Conservatives hired lawyer Carol Nielsen to investigate how they handled the allegations.

Nielsen concluded party officials failed to make the necessary inquires about the allegations that Dykstra had assaulted a woman who worked for another MP, which she blamed at least partly on the lack of any protocol for handling such complaints.

The report recommended six changes to human-resources policies and this spring, the party committed to make all of them.

The party named Hartley Lefton, a Toronto lawyer who organized the 2018 leadership race for the Ontario Progressive Conservatives, as chief compliance officer to ensure the recommendations are being implemented as promised.

Cory Hann, a spokesman for the federal party, said the recommended code of conduct and harassment policy aimed specifically at candidates is being completed, adding that it would be ready by the time the campaign gets officially underway.

By law, the election campaign must begin no later than Sept. 15.

Hann also said Lefton is in charge of a new procedure and protocol for handling complaints against candidates and noted the lawyer will be the one to receive any future complaints.

Nielsen had noted that while the party did ask its lawyer to look into the matter, which included speaking with Dykstra and a senior political staffer, it did not try to get any information from the woman who made the allegations. She had asked for privacy.

Hann said the Conservative party has implemented the remaining recommendations, including by bringing in more thorough police-record checks, strengthening its candidate-vetting procedures and training candidates and their teams across the country.

The report also said the party did not ask the police about their investigation, instead relying on Dykstra's word that the police had decided not to lay charges. Police said last year the investigation was closed because the complainant did not want to proceed.

Nielsen said in her report that it was unclear whether a better review of the matter would have led to the party to a different choice.

Ray Novak, who was Harper's chief of staff at the time, said last year that had the party brass known additional details, such as the reason why the criminal investigation had been closed, Dykstra would have been dropped as a candidate.