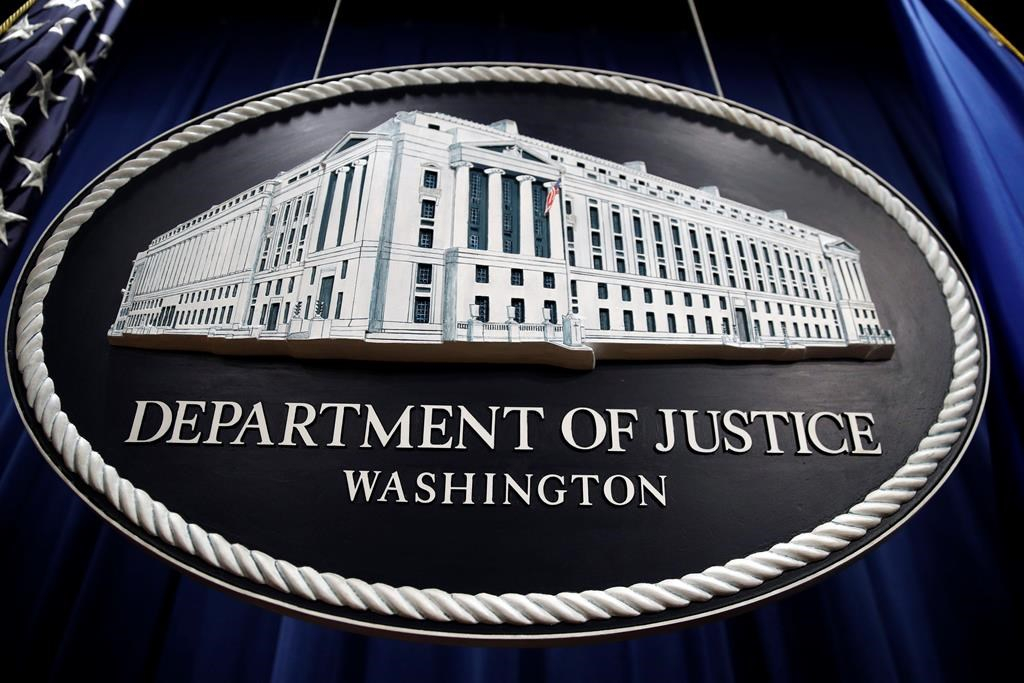 In this Thursday, April 18, 2019, file photo, a sign for the Department of Justice hangs in the press briefing room at the Justice Department, in Washington. File photo by The Associated Press/Patrick Semansky
Previous story
Next story

The Trump administration on Friday launched an all-out assault on California over automotive mileage rules, telling state officials that only the federal government has the power to regulate greenhouse gas emissions and fuel economy.

The assault began with the Justice Department opening an antitrust investigation into a deal between California and four automakers for tougher pollution and related mileage requirements than those sought by President Donald Trump. Then, two federal agencies told the state it has no authority to regulate greenhouse gas emissions.

The outcome of the fight will make or break Trump's effort to relax Obama-era mileage standards nationwide, weakening one of the past administration's main efforts to slow climate change. California's congressionally granted authority to set its own, tougher emissions standards under the 1970 Clean Air Act has long prodded automakers to adopt more fuel-efficient passenger vehicles, which emit less climate-damaging tailpipe exhaust.

House Speaker Nancy Pelosi charged that the Trump administration, with its antitrust probe, was seeking "to weaponize law enforcement for partisan political purposes." She called the investigation a "sham," and defended California's accord with the four automakers to reduce auto emissions more than the Trump administration is calling for.

Ford and Honda confirmed receiving a letter from the Justice Department informing them of an antitrust inquiry into the July deal with California. The two automakers, along with Volkswagen and BMW, agreed to stricter emissions standards than those preferred by Trump. The Department of Transportation and the Environmental Protection Agency sent a letter to California saying the deal appears to violate the Clean Air Act and other laws.

"Congress has squarely vested the authority to set fuel economy standards for new motor vehicles, and nationwide standards for GHG (greenhouse gas) vehicle emissions, with the federal government, not with California or any other state," the agencies wrote in a letter dated Friday to the California Air Resources Board, which oversees emissions in the state.

California has emerged as a leader of state-level efforts to block Trump administration moves weakening environmental protections. As part of those efforts, it and other states have filed dozens of lawsuits challenging rollbacks.

"The Trump administration has been attempting and failing to bully car companies for months now," Newsom said in a statement. "We remain undeterred. California stands up to bullies and will keep fighting for stronger clean car protections that protect the health and safety of our children and families."

The battle is setting up what is expected to be a long period of uncertainty and legal fights. The Obama administration contended, and climate scientists agree, that sharply cutting carbon-laden auto emissions is essential to staving off the worst of climate change. Much of the auto industry has lined up against the stricter Obama-era standards, however, contending they cannot be met because consumers have shifted away from more efficient cars to SUVs and trucks due to long-term lower gasoline prices.

Ford said it is co-operating with the antitrust inquiry, which was first reported by The Wall Street Journal.

The July deal with California bypassed the Trump administration's plan to freeze emissions and fuel economy standards adopted under Obama at 2021 levels.

The four automakers agreed with California to reduce emissions by 3.7% per year starting with the 2022 model year, through 2026. That compares with 4.7% yearly reductions through 2025 under the Obama standards, according to California.

Emissions standards are closely linked with fuel economy requirements because vehicles pollute less if they burn fewer gallons of fuel.

The Justice Department gave no details of why it believed the deal could violate federal law meant to prohibit anticompetitive behaviour by companies. The EPA refused further comment.

In the letter to California, the EPA and Transportation Department warned the state's pollution regulator to "disassociate" itself from the deal with the four automakers. "Those commitments may result in legal consequences given the limits placed in Federal law on California's authority," the letter said.

Congress in the 1970s granted California authority, through a waiver in the Clean Air Act, to pursue tougher automobile emissions standards, a nod to the state's battles against tenacious smog in central and Southern California. Lawmakers also allowed other states to follow California's standards.

The move over the decades has at times led to two different pollution and related mileage standards, one set by California and the states that follow it, and a federal one.

Erik Baptist, a former senior deputy general counsel with the EPA in the Trump administration, said the administration's strongest argument would be that another law, the Energy Policy and Conservation Act, gives the federal government sole authority to regulate automotive greenhouse gas emissions and fuel economy standards.

"It's a national economy," Baptist said. "You can't have fuel economy standards for each individual state."

But former EPA officials who worked on emissions standards say the Trump administration is on shaky ground in its challenge.

Janet McCabe, former acting assistant EPA administrator for air and radiation, said California has the legal power through the Clean Air Act to regulate auto pollutants that include greenhouse gases. "Their job is to reduce emissions," she said. "They're not regulating fuel economy, they're regulating emissions," said McCabe, now a professor at Indiana University's McKinney School of Law.

"Congress set it up to give incredible deference to California's authority to protect the health and safety of its residents," said Hannon, referring to the Clean Air Act.

Baptist expects the Supreme Court will eventually rule in the dispute, including a determination on whether the federal government has the authority to pre-empt California's.