Environmental rights are human rights, especially in a changing climate 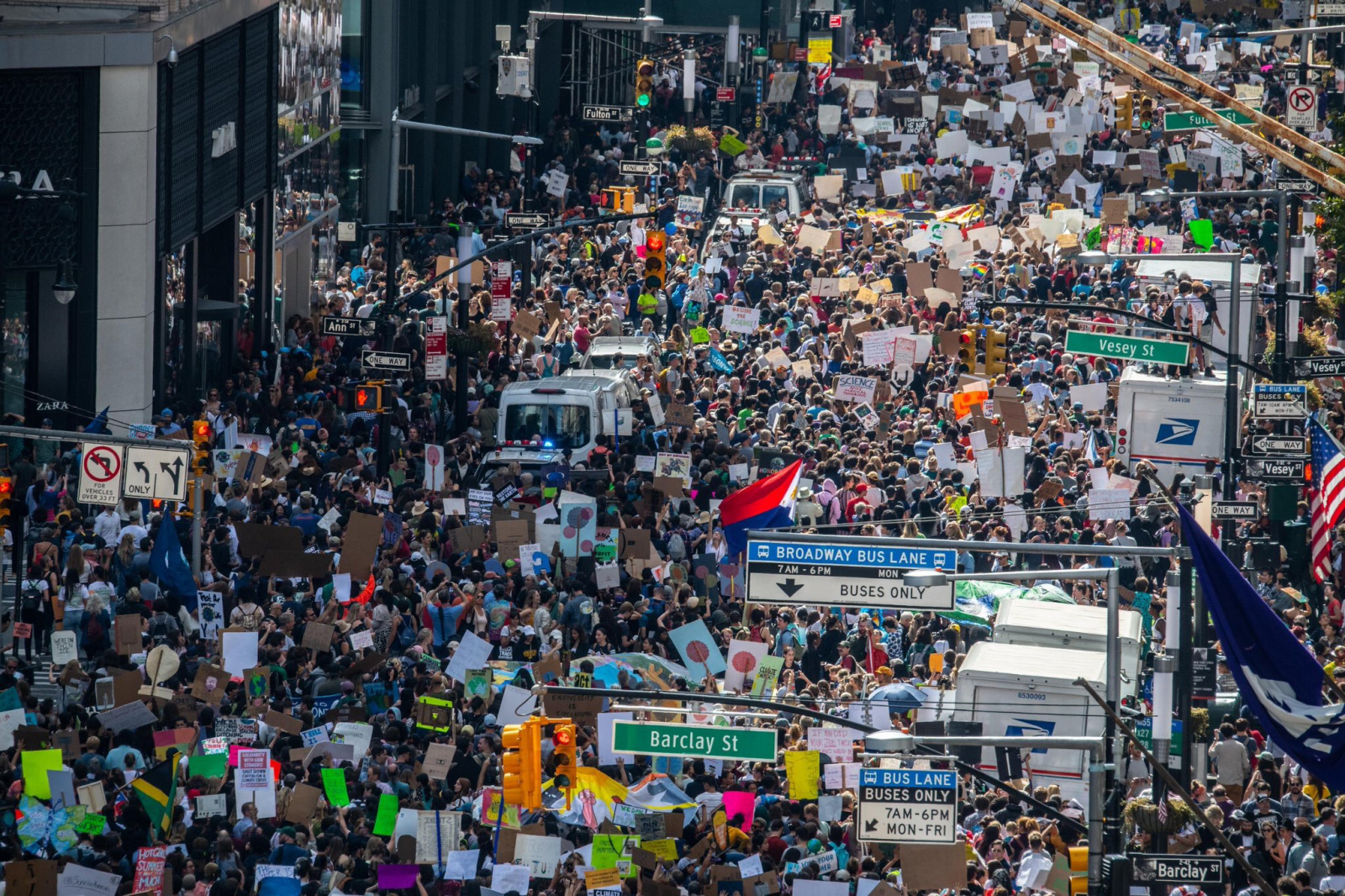 The Climate Strike winds its way through Lower Manhattan on Sept. 20, 2019 in this photo posted online by Greta Thunberg. Twitter Photo
Previous story

Above a certain ambient temperature, the human body starts shutting down, incapable of cooling itself. This was the case for many of the 66 people who died during Montreal’s 2018 heat wave, and a staggering 1,435 in France this past summer. It’s a sign of what we can expect under highly probable climate change scenarios.

The health impacts of climate change extend far beyond heat exhaustion, and include lung damage from forest fire smoke and the spread of vector-borne diseases like West Nile virus and Lyme disease. This has been well-established and communicated by organizations including the Canadian Association of Physicians for the Environment, the Canadian Medical Association and the World Health Organization.

These impacts are not felt uniformly throughout the population. They tend to affect the most vulnerable, including the elderly, children and pregnant women. People who live in less affluent areas, which tend to offer less access to cooling green space, or are unable to afford air conditioning will also be hit harder. Indigenous peoples face a number of threats to their way of life, and northern communities face extreme climate impacts. These, among many reasons, make climate inherently a matter of human rights.

This week, the first People’s Summit on Climate, Rights and Human Survival was held in New York City, in advance of the UN Climate Action Summit and the Sept. 20 and 27 Global Climate Strikes.

Hundreds of organizations, including the David Suzuki Foundation, have signed on to a declaration that outlines a vision and shared commitment to achieve climate justice. Making an explicit link between climate and human rights offers potential for invoking the powers of a new suite of actors and existing international provisions.

In turn, environmental rights offer the promise of stronger climate action. Research has shown that the right to a healthy environment results in stronger environmental laws, better enforcement of those laws and a greater public role in environmental decision-making, all helpful in the context of combating climate disruption. Countries that explicitly recognize environmental rights have reduced emissions substantially faster than countries without them. A recent assessment of climate case law found that the use of rights-based claims, notably the right to a clean and healthy environment under national and/or international law, can yield positive results and compel governments to take action.

The need for a rights-based approach to the environment also extends beyond climate. In Canada, vulnerable communities are more likely to face a number of environmental harms, including water and air pollution. If we are to truly believe that “a Canadian is a Canadian is a Canadian,” then people must be considered equal when it comes to the right to live in a healthy environment. Not surprisingly, more than 90 per cent of Canadians support this concept. More than 170 Canadian cities and towns, representing about half the country’s population, have passed resolutions recognizing these rights. In 2017, the Standing Committee on Environment recommended recognition of the right to a healthy environment, and this was backed by an 11,000-signature petition to the House of Commons.

Environmental rights have been around for more than 40 years, with more than 150 countries now recognizing them in law, including France, Spain and Norway. Recently, a landmark decision by the UN Human Rights Committee ruled that a state’s failure to protect against environmental harm can violate its obligations to protect the rights of life under the International Covenant on Civil and Political Rights. Canada is party to the ICCPR, and notably one of 115 parties that recognize individual complaints.

In the lead-up to this federal election, citizens throughout Canada are asking candidates in their ridings where they stand on this issue. So far, more than 150 candidates from all major parties (including 115 incumbent MPs) have signed the MP Pledge for Environmental Rights. Both the NDP and the Greens have included environmental rights in their platforms, and the Liberal party membership voted in favour of making an environmental bill of rights policy priority. In June, a Parliament Hill reception celebrated pledge signers, hosted by Conservative, Liberal and New Democratic MPs. In the current era of deep political divisions, this kind of cross-cutting support for environmental policy is rare.

In the coming weeks, we will hear a lot about what it means to be Canadian. I believe looking out for one another and being a leader in human rights — including the right to a healthy environment and safe climate — is a core part of our national identity. Enacting an environmental bill of rights would be a logical extension of our shared values and would provide additional tools in our efforts to combat the climate crisis and ensure equality when it comes to environmental health.

No excuse to give Ezra Levant a platform