'It's on:' Kenney vows to counter Texas efforts to lure Canadian companies south 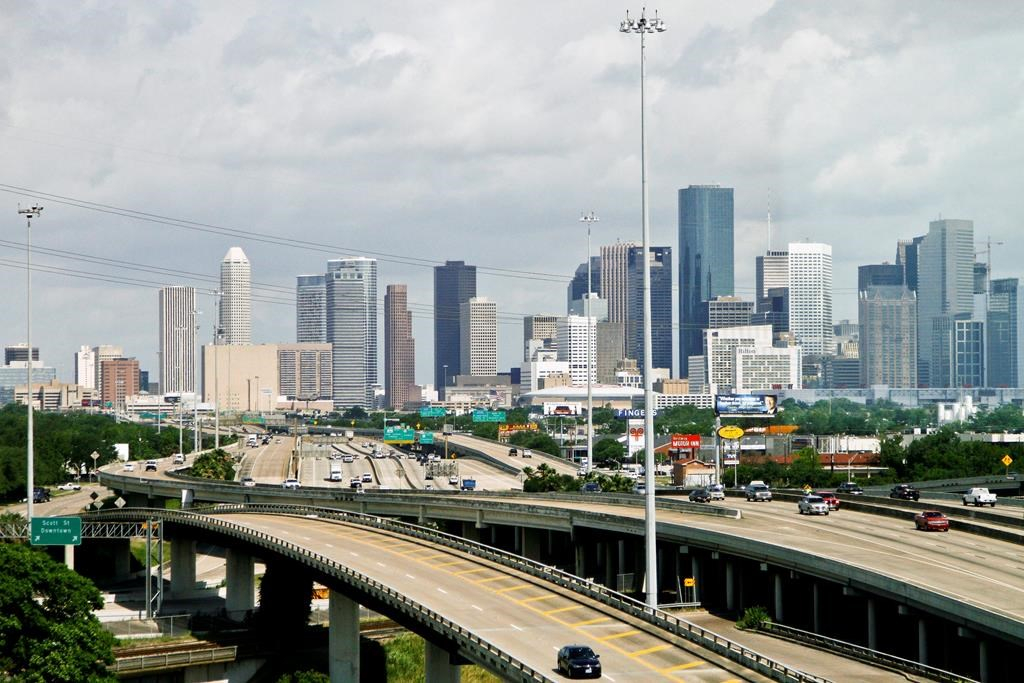 Cars travel along a highway with the skyline of downtown Houston in the background on May 20, 2010. File photo by The Associated Press/Houston Chronicle, Michael Paulsen
Previous story
Next story

Alberta's premier has a message for Texas firms looking to lure Canadian businesses to the Lone Star State — it's on.

Jason Kenney said there has been a huge flight of money and jobs from Alberta's energy sector to Texas in recent years.

"And that's exactly why we are offering a better environment for investment than Texas," he told a news conference in Calgary on Monday, where he was recapping recent trips to New York City and Ohio.

One Houston-area real estate company says it has helped move 40 Canadian companies in the last year and a half, mostly in the oilfield services sector. Arrowstar Realty has already sent 15,000 brochures boasting of tax holidays and a booming local economy to businesses across Western Canada and is planning 50,000 more mailers.

The economic development association for Lubbock, a west Texas city, has been holding one-on-one meetings with Canadian companies it thinks would be a good fit. It has been offering free land and other perks to some interested firms on a case-by-case basis.

"They put up billboards here. They've got advertisements. We'll be doing the same thing," Kenney said.

His government's plans to lower taxes, reduce red tape and ease regulations are making Alberta a more attractive place to invest, Kenney said. The province has also given municipalities the power to offer tax holidays and other incentives to attract business.

He said he'll be looking to pitch Alberta to Texas businesses during trips to Houston and Dallas in November.

"They can save on taxes. They can have the most competitive regulatory environment in North America by coming to Alberta," Kenney said.

Texas and Canada have so many business ties that a Canada-Texas Chamber of Commerce started up a couple of years ago.

In the past, the flow of money and people between the two places was relatively even, said the chamber's Doug McCullough.

But lately many more Canadian companies have been moving into Texas than the other way around.

"The Texas oilpatch is much healthier right now," said McCullough. "I think it's just natural that companies are just seeking out the opportunities that are here."

But he said Canada has a lot to offer Texas companies looking to expand, such as an ability to attract top global talent with looser immigration laws.

"There's definitely a give and take."