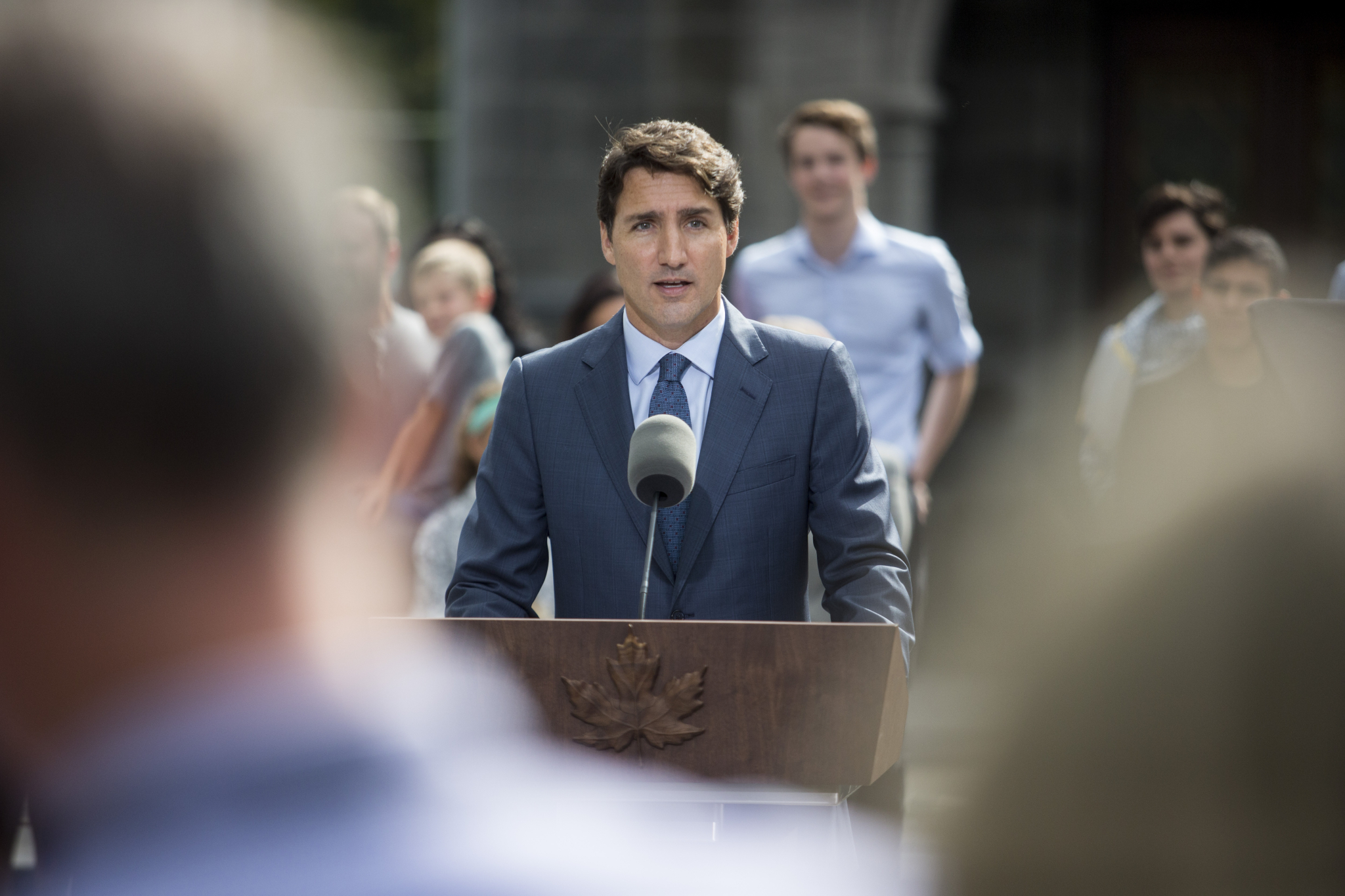 A frenzy of public attention on Liberal Leader Justin Trudeau’s brownface and blackface scandal evaporated a few days after media reports about it first broke, a study released Thursday found.

The results ⁠— measured through public posts on Twitter ⁠— were consistent among journalists, federal election candidates and the general public, according to the report by the Digital Democracy Project.

“If you have something important to say on an issue, you have to say it within the first two or three days in the media environment that we live in,” said Aengus Bridgman, the lead data analyst on the project.

“Otherwise, things will move on.”

The Digital Democracy Project is a joint initiative by the Public Policy Forum and the Max Bell School of Public Policy at McGill University. For Thursday’s report, the research team analyzed three million tweets collected since Sept. 17.

On Sept. 18, Time magazine published a 2001 photo of Trudeau wearing a turban and brownface makeup. In the days that followed, media outlets published more photos and video of Trudeau in brownface and blackface makeup, which draws on a long and painful history of depicting people of colour in a cartoonish and dehumanizing way (it emerged as a form of popular entertainment for primarily white audiences in America in the mid-19th century, and was performed in Canada as well).

“(Supporters of the People’s Party of Canada), Liberals, NDP, Greens and (Bloc Québécois) are all not engaging heavily on the story,” Bridgman said.

The researchers didn’t find evidence that the popularity of the blackface- and brownface-related hashtags was driven by automated accounts, or “bots,” the report says.

A few days after the #brownface scandal, the Canadian public lost interest. Thatwas consistent among journalists, federal election candidates and the general public, found a report by the Digital Democracy Project. #elxn43

A different report released Thursday in Nieman Reports warned that discourse surrounding the blackface/brownface scandal is “uniquely vulnerable to disinformation.” That report was authored by researchers at the Technology and Social Change Research Project, hosted by the Harvard Kennedy School’s Shorenstein Center on Media, Politics and Public Policy.

The scandal has intensified polarization around race issues in Canada, that report says. The fact that Trudeau hasn’t ruled out the possibility of more racist images coming to light — and the fact that the Conservative party was the source of one of the images — adds a "conspiratorial" element to discourse about the issue, the report says.

“For motivated political opponents, these moments of uncertainty provide great opportunity for the creation of hoaxes,” the report says.

People are already circulating Photoshopped blackface and brownface images and racist memes online, the researchers found. They also found “cheap fakes,” which use relatively simple tactics like speeding up, slowing down, cutting or re-contextualizing footage to mislead.

This racist imagery creates a hostile environment, especially for members of minority communities often the target of the racist posts, the report says.

“Voices which can speak with more authenticity, with experience, as the victims and targets of racism online are silenced in this kind of discussion,” said Jon Penney, one of the co-authors of the report.

Both the Technology and Social Change Research Project study and the Digital Democracy one share data and findings through a project called the Digital Elections Research Challenge.

The Digital Democracy report also included findings about fact-checking from an online panel survey of 1,594 Canadians conducted Sept. 19-24. Data was weighted within regions of Canada by gender and age.

That level of support was about the same regardless of the politics of the respondents, the survey found. It was slightly higher among people who trusted media more, but still strong among those who didn’t ⁠— about seven out of 10 people with low levels of trust in journalism wanted more fact-checking, said Peter Loewen, the project’s survey lead.

Fact checks can also be effective at giving people the right information, the survey showed.

Researchers tested this by giving respondents a statement from a fictional MP containing a misleading statement, either about greenhouse gas emissions or the violent-crime rate. Some respondents didn’t receive a fact check; others received a fact check from a journalist, a different politician or a random person on Twitter (all were also fictional). They were then asked to rate the accuracy of the original misleading statement.

The fact checks made a modest difference: incorrect responses went down by 12 per cent for the crime question and 18 per cent for the greenhouse gas emissions question. Still, only 39 per cent and 30 per cent of respondents, respectively, gave the correct answer.

The fact check didn’t have much of an effect on the rate of respondents who were unsure, the survey showed.

It also didn’t matter whether the fact check came from a politician or not: “If journalists want to convince their audiences that they are the most reliable source for verifying information, they may have more work to do,” the report says.

This week in climate inaccuracy