French-language debate the most telling faceoff of the campaign 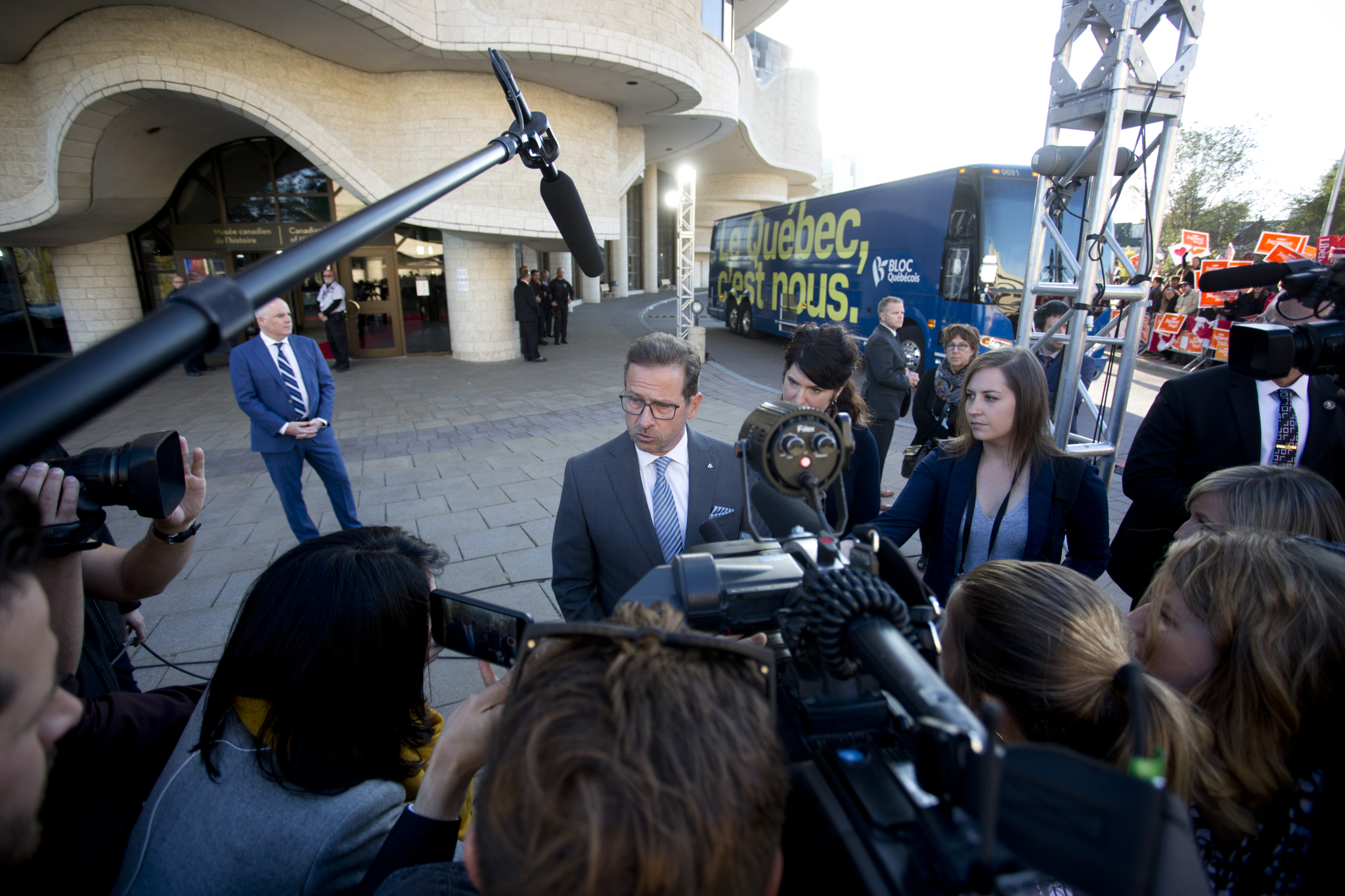 Last night’s leaders’ debate was the debate that Canadians needed. The format was excellent. The questions were wide-ranging and allowed the audience to hear the differences between the parties. Unlike Monday’s English-language debate, the candidates were calm, and only a few times descended into shouting matches.

The main showdown of the evening was Bloc Québécois Leader Yves-François Blanchet and Andrew Scheer, both of whom are fighting for similar voters across Quebec. Scheer accused Blanchet of working secretly with Quebec premier François Legault to hatch a sovereignty plan. Blanchet easily laughed off the assertion, as Legault’s government is clearly opposed to independence. Through his halted French, Scheer came across as out of touch, especially since Legault is a popular premier and saddling up to him would be a strategic move to win votes.

Scheer needed last night’s debate to boost his popularity in Quebec, but it’s unlikely he convinced anyone to choose the Conservatives over the Bloc. The Bloc’s support has been steadily rising and Conservative support took a clear hit this past week. The Bloc is now polling at second place in Quebec and the Conservatives are third.

The stakes were also high for Justin Trudeau, who was attacked from all sides. He was more composed than he was on Monday night, but there were moments where his anger was apparent. He made it sound as if his government would be open to imposing pipeline projects on Quebec, including by arguing that pipelines are preferable to rail transport of oil. When questioned by journalists, he clarified in the post-debate press conference that he would not impose a pipeline on Quebec.

Unprompted, Trudeau defended Quebec’s right to screen immigrants. Quebec is the only province that controls its immigration system, and Trudeau said he would be open to giving Quebec greater power. The CAQ’s immigration reforms have been controversial. They plan to reduce immigration, specifically by targeting the family reunification program. There has been talk about insisting on a language test for all immigrants and some kind of test of Quebec values. The CAQ also stopped a program that made education a pathway to citizenship in Canada, leaving thousands of international students in the lurch.

These promises have been celebrated by far-right groups in Quebec.

I imagine many Liberals were disappointed to hear Trudeau give oxygen to Legault’s anti-immigration reforms. In the post-debate press conference, French journalists focused on these few minutes of the two-hour debate. In the press conference, Trudeau said in French that he’s worked with Legault, that immigration is being decreased in Quebec because they have the power to do this and that this is, “a good thing.” When asked if he would support a values test, Trudeau said that he has confidence in Quebec to ask relevant questions.

Jagmeet Singh had another good debate night, though didn’t stray too far from his prepared lines in explaining his party’s promises. In Quebec, the NDP had been neck-in-neck with the Green Party and only started to pull ahead this week. Singh was comfortable and worked hard to remind viewers of the promises broken by Trudeau. Elizabeth May did as well, though her French was the hardest to decipher.

Singh’s most satisfying moment of the night came after the debate, when he refused to answer a question from a Rebel Media representative.

The French debate covered much more policy ground than the English debate, including issues that barely came up or didn’t come up at all: medical assistance in dying, foreign affairs, abortion, cost of living for elderly Canadians and Canada’s relationship with China.

Quebec’s religious symbols legislation was less of an issue in this debate than the English debate on Monday night, and Trudeau dampened his promise to intervene on the legislation by saying that they’re leaving a door open to challenging it some time in the future, rather than stating they will intervene now. Singh said that he preferred to convince people that the legislation is bad than to challenge it in court, and then pivoted to the Liberal government’s failure to ensure the only private abortion clinic in New Brunswick would stay open. The clinic announced its closure yesterday. This will severely limit the ability to access an abortion in that province.

Maxime Bernier was present despite not fulfilling two of three of the debate commission’s requirements for a candidate to be included in the debates: to have been elected under the party’s banner to the House of Commons and to have at least five per cent of popular support. According to CBC’s Poll Tracker, Bernier’s People’s Party of Canada is polling at 2.5 per cent.