Canada is having an energy-crossroads election 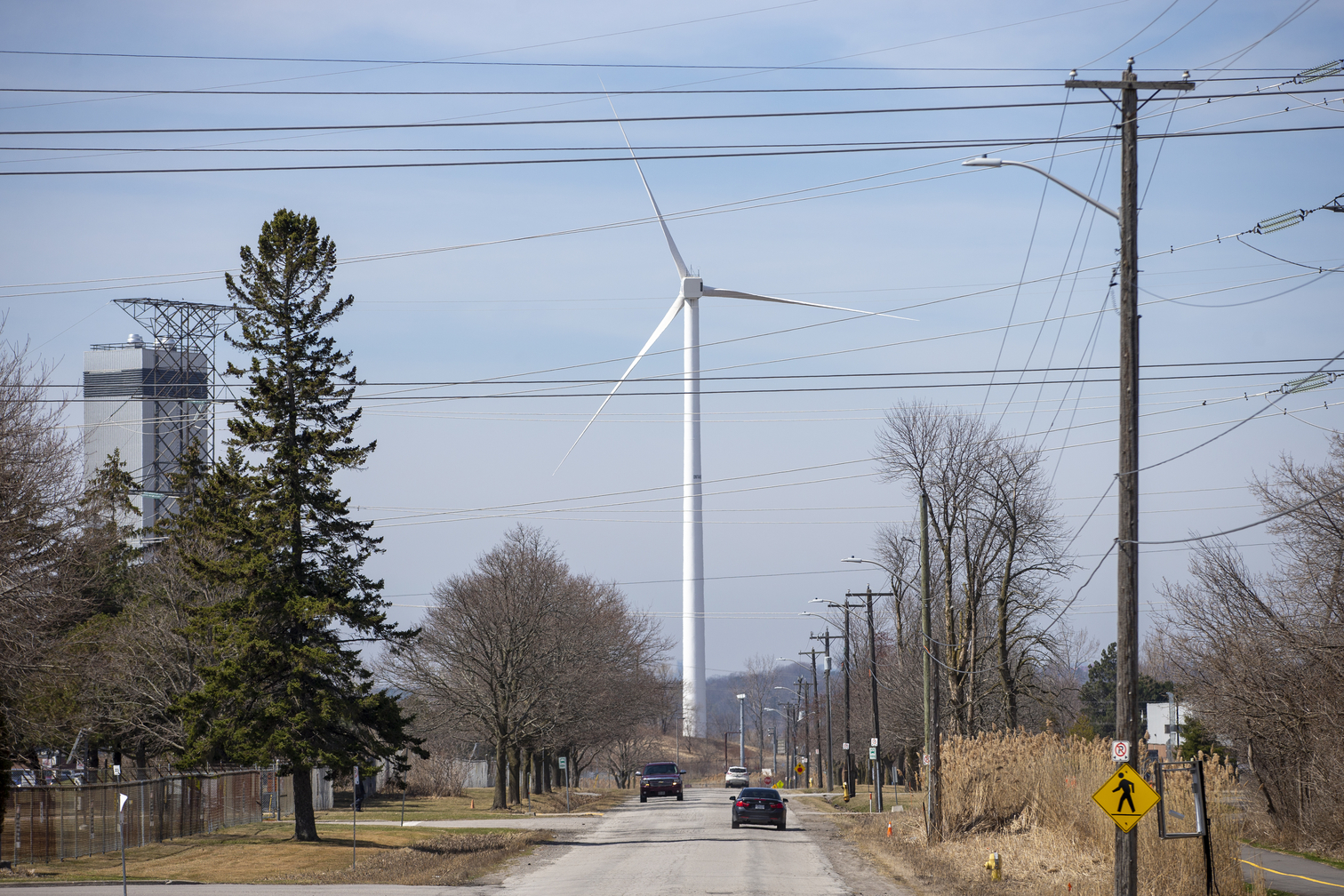 A wind turbine seen outside the Pickering Nuclear Generating Station on April 17, 2019. Photo by Carlos Osorio
Previous story
Next story

Forward-thinking countries and companies are turning away from fossil fuels toward sustainable alternatives. To avoid stranding the Canadian economy, we need political leaders who understand these trends and commit to sunsetting the fossil fuel sector while seizing the benefits of the global green-energy transition. Yet Canada’s leading political parties are backsliding by protecting fossil fuels, missing international climate commitments along the way.

Here’s what we could do instead:

Instead, our leading political parties — the Liberals and Conservatives — are placing bets on expanding an antiquated fossilized economy. This is exposing Canadians to deepening climate effects and financial risk, and robbing us of the benefits of a green transition.

Major institutional investors are rapidly abandoning fossil fuels as the sector’s profitability is called into question. The World Bank, HSBC, BNP Paribas and ING led by pulling money out of future fossil fuel projects. Investors managing $11 trillion in funds have dropped fossil fuels from their portfolios. Pledges to divest by investors like the Rockefellers or the Norwegian pension fund — which only last week dumped its remaining stake in Alberta’s oilsands — send a clear market signal that the industry’s days are numbered. The oilsands are becoming as untouchable as coal. This should be a warning against further public support for the sector.

Rapid technological advancements in renewable energy like wind and solar, as well as in electrifying transportation are likewise challenging fossil fuels. Global investors have been investing more in renewable-energy production than the oil and gas sector since 2016. Clean energy now also employs more people. The ongoing technological trajectory alone — irrespective of climate policy — will rapidly antiquate fossil fuels by as early as 2030.

Confronting this crisis requires keeping the lion’s share of fossil fuels in the ground. This is a hard pill to swallow for Canada’s oil and gas sector and the politicians that support its development. Yet other countries are distancing themselves from the fossil fuel industry. France, Ireland, Denmark and New Zealand, among others, recently banned exploration or production.

4. Vote for a climate safe future

We need visionary thinking from political parties, but the two lead parties fall far short. While the Liberals have taken key steps in confronting the climate crisis by implementing a carbon price, phasing out coal plants and proposing clean-fuel standards and regulations on methane, they were outpaced by growing emissions from the expanding oil and gas sector, which the Liberals continued to foster. Case in point: not even 24 hours after declaring a climate emergency, Trudeau’s cabinet approved the Trans Mountain pipeline expansion to triple the pipeline’s capacity to carry bitumen from Alberta’s oil sands — all after purchasing the original pipeline to bolster oil-sector confidence.

The Conservatives, for their part, unabashedly promote the oil and gas sector. They vow to unwind the initial steps taken by the Liberals, repealing the carbon price and clean-fuel standards and loosening environmental assessment on fossil fuel projects to boost production. If elected, they would set Canada’s environmental and renewable-energy initiatives back decades.

The NDP and Greens propose policies to match the scale of the crisis and change before us. Mass investments in renewable energy, electrified public transit and building retrofits are precisely the kind of green-new-deal-style policies that can reroute the economy, all with enormous job potential. Both also foreground a just transition — helping communities dependent on the oil and gas sector to transition to a clean-energy economy, all while respecting Indigenous rights.

This election, voters can prioritize parties that give us a fighting chance for a climate-safe future.

Which party platforms make the grade on carbon pollution cuts?