By The Canadian Press in News, Politics | October 20th 2019
#1121 of 1258 articles from the Special Report: Race Against Climate Change 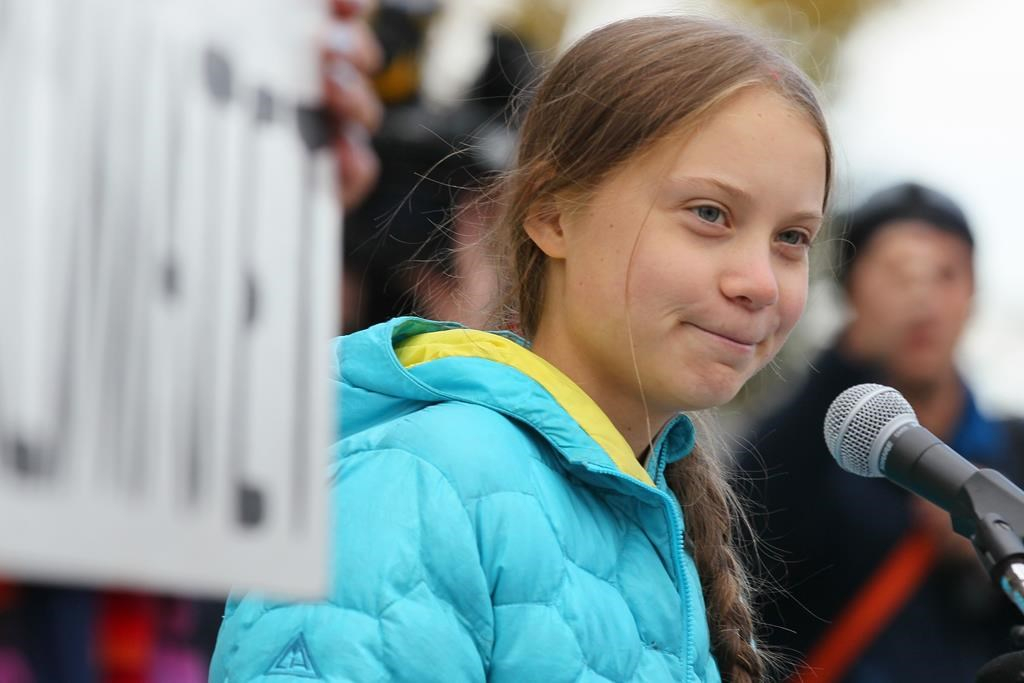 The chief of a northern Alberta First Nation says he gave climate activist Greta Thunberg a message during a quietly arranged meeting in Fort McMurray on Friday night.

Athabasca Chipewyan First Nation Chief Allan Adam says he told the 16-year-old Swede that Europeans are major investors in the area's oilsands, and she needs to get people to lobby those investors for greener technology to extract Alberta energy.

Adam says the meeting in a Fort McMurray office was arranged earlier this week, and was kept secret in order to prevent pro-oilsands campaigners from disrupting it.

Thunberg was in Edmonton earlier Friday for a rally at the Alberta legislature that drew thousands of people, but also attracted a small counter-rally of trucks that drove past, blasting their horns.

Thunberg has turned her protest against climate change into a global movement that has seen her speak plainly to world leaders and forums, chastising them to do something before it's too late to reverse catastrophic weather changes.

Adam says it was a privilege to meet with Thunberg, and says she mostly just listened to him talk about the history of First Nations in the area and their concerns about oilsands development.

"You have to go back to Europe and you have to tell the European investors, why are you investing in the oilsands if you want to promote green energy?" Adam said he told Thunberg.

"Tell them to invest in better technologies to enhance how to produce oil from the oilsands," he added.

"That's what you call sustainable development."

United Conservative Premier Jason Kenney had said he hoped Thunberg would recognize efforts made by Alberta's oil and gas industry to reduce its emissions, but said he had no plans to meet with her.

Thunberg stayed away from any direct criticism of Alberta's oilsands while in Edmonton on Friday.

"I don't know why the world is so scared of her. She stands about four feet tall and she's probably, I'm guessing about 110 pounds, that's about it," Adam said, dismissing those who criticize Thunberg's views because she's young.

"We talk to our kids every day and sometimes our kids give us meaningful answers that we are looking for."

This report by The Canadian Press was first published Oct. 19, 2019.