Rookie MPs introduced to House of Commons with training in Ottawa 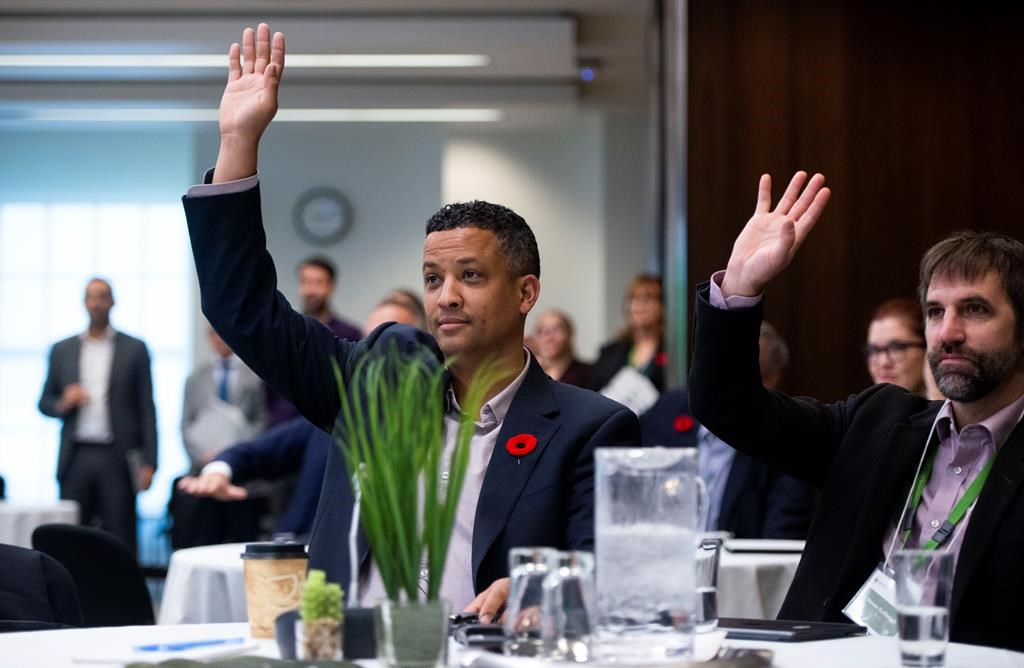 Ninety-eight new MPs are in Ottawa to learn how to manage their budgets, get their parking passes and, later on, protect their sanity.

The House of Commons began welcoming the rookie MPs, including eight who are returning to the job after some time away, last week for training sessions on how to set up their offices and find their way around the parliamentary precinct.

Jeffrey LeBlanc, principal clerk, said that learning how to hire staffers is usually the No. 1 concern of new MPs.

When the time comes for the House of Commons to sit again, MPs will come back for another round of training sessions that will include learning how to navigate the ins and outs of parliamentary procedure — a trickier endeavour with a minority government.

Stephane Bergeron from the Bloc Quebecois, elected anew after having served from 1997 to 2005, said it is important that everyone keep their heads cool.

"The temptation to want to do battle may be very strong, but I think that the citizens of Canada and Quebec did not elect us to return to an election immediately," he said Tuesday.

"So I think we have to be accountable to the people who sent us here and try to make this Parliament work by collaborating."

Among the lessons yet to come will be sessions with veteran MPs doling out advice, which LeBlanc says is often a good time to talk about how to balance work with real life.

"Their schedule is difficult to manage. They have a lot of demands on their time. They're travelling a lot," he said.

"I think that is a message that often comes out in the MP panel is the impact that the work has on their family life."

Politics has already been part of family life for one newly elected MP.

Alexis Brunelle-Duceppe, the son of Gilles Duceppe, former long-time leader of the Bloc Quebecois, now represents the party in the federal riding of Lac-Saint-Jean.

"He's calling me about 10 times a day," Brunelle-Duceppe said of his father as he attended the orientation session Tuesday.

One of their telephone conversations was caught on live television on election night. The elder Duceppe, serving as a pundit for Radio-Canada, informed his son that he would now be known as the father of Alexis — an emotional moment that has been shared widely on social media.

Brunelle-Duceppe said people will come to learn he does not have the same style as his father.

He said his father recommended the rookie politician move one step at a time as he learns his new role.

"Step by step," he said before laughing at the suggestion he learned how to say the English phrase by listening to New Kids on the Block.

The life of a public servant in a minority government

What Trudeau needs to do to woo the West