Cenovus Energy to add 70,000 barrels per day of oilsands output 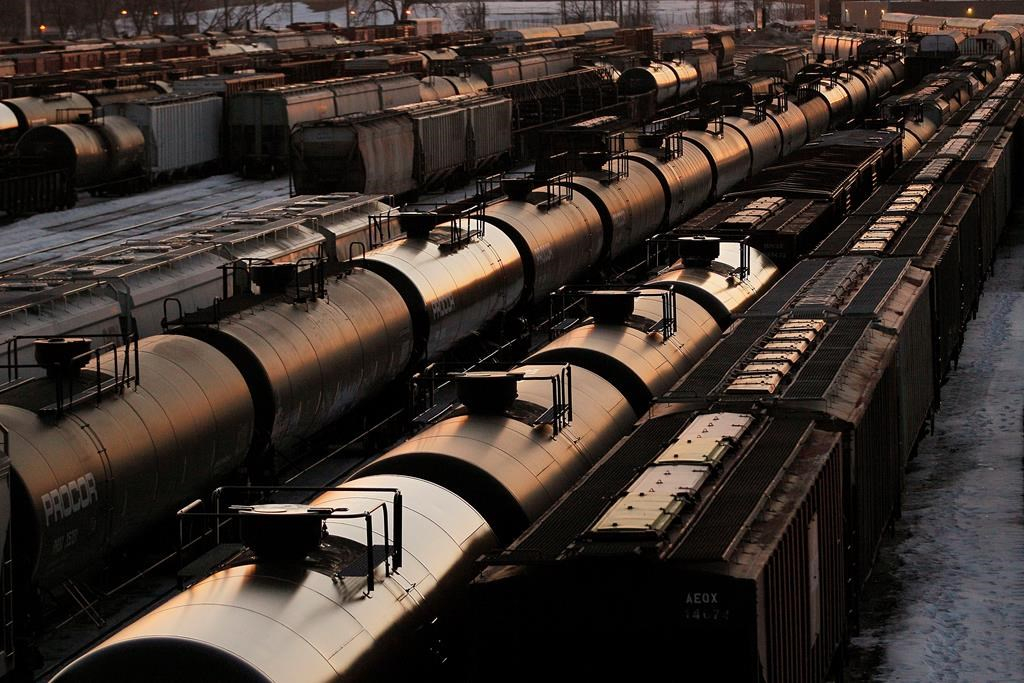 Rail cars wait for pickup in Winnipeg on March 23, 2014. The Alberta government is easing production limits on oil companies that ship their product by rail. File photo by The Canadian Press/John Woods
Previous story
Next story

Cenovus Energy Inc. says it will add as much as 70,000 barrels per day of oilsands output following the Alberta government's decision to ease production curtailments for producers that add crude-by-rail capacity.

The company can quickly add 10,000 to 20,000 bpd of raw bitumen output from its Christina Lake and Foster Creek northeastern Alberta thermal oilsands projects, said CEO Alex Pourbaix during a conference call Thursday morning after the decision was announced.

Construction of the expansion was completed earlier this year but commissioning was put on hold until market access questions were answered.

"We think it's a great way to incent further rail takeway capacity out of Alberta and we applaud the government for moving forward with this initiative," said Pourbaix.

Under the previous NDP government, Alberta put a cap on the amount of oil the industry can produce starting in January as a way to narrow local price discounts that grew as oil production exceeded the ability of pipelines to get the crude to market.

The measure was continued by the United Conservative government when it was elected last spring. The total industry quota is to increase to 3.81 million barrels per day in December, up 250,000 bpd from the original limit of 3.56 million barrels a day.

"Overall, we believe this program will be an important addition to the efforts to increase market access," said Energy Minister Sonya Savage on Thursday.

"Looking ahead, maximizing the amount of crude shipped by rail is an important factor in moving forward towards an orderly exit out of curtailment altogether, which, under the enhanced policy, is scheduled to be concluded by the end of December 2020."

The new program is to be available as of Dec. 1 and operators will need to apply on a monthly basis and verify their rail shipments.

The province is still working on a plan to divest railcar contracts signed by the NDP government, Savage said.

"I think this is a very positive development because the whole purpose of curtailment was to reduce production to align with the takeaway capacity," he said during a conference call Thursday morning.

"But I think we all know that ever since that was implemented, the takeaway capacity in Western Canada has declined, which is the exact opposite of what you want to happen when you have excess production."

Between 200,000 and 300,000 bpd of additional rail could be brought to market to accompany about 200,000 bpd of incremental pipeline capacity additions, Little said.

He added Suncor will work to fill its currently contracted capacity of 30,000 bpd on rail "in the next month or two."

In third-quarter results released Wednesday afternoon, Suncor cut its production guidance for 2019 to a mid-point of 785,000 barrels of oil equivalent per day, down from 800,000 boe/d, in part because of curtailments that have been in place for longer than anticipated.

Last week, Husky Energy Inc. CEO Rob Peabody said his company was directing most of its spending to regions other than in Alberta because of the curtailments.

This report by The Canadian Press was first published Oct. 31, 2019.