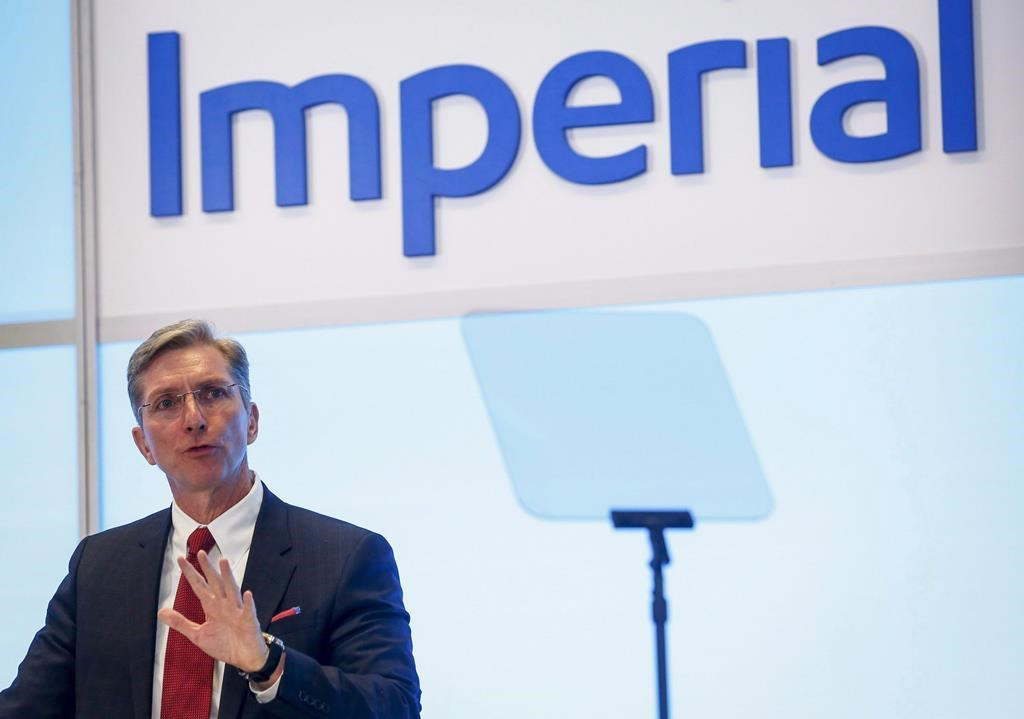 The outgoing CEO of Imperial Oil Ltd. says the $2.6-billion Aspen oilsands project in northern Alberta it announced a year ago — only to cancel it a few months later — will remain on the sidelines until the province completely ends its oil curtailment program.

Rich Kruger, who is retiring at year-end, says the company which is about 70 per cent owned by American giant Exxon Mobil Corp. can't go forward with a major expansion until the government halts its program to restrict oil production to support local prices.

Sanctioning of the Aspen project, which would have used steam and solvents to produce 75,000 barrels of bitumen per day from wells, surprised observers when it was announced at last year's investor day but there was no such surprise at this year's event in Toronto on Tuesday.

The Calgary-based company did, however, announce a $450-million project to boost output from its four-decades-old Cold Lake thermal project in northeastern Alberta by drilling into the previously undeveloped Grand Rapids underground oilsands formation.

Imperial says the project will save about $1 billion in capital spending by replacing its previously proposed Cold Lake expansion project, which would have added 55,000 bpd of capacity.

The new plan involves diverting steam from its nearby underperforming Nabiye project, started up in 2015, to bring on about 15,000 bpd in the first phase by 2021, with new steam generation added in future phases to take production to 40,000 to 50,000 bpd.

Imperial also confirmed a plan to boost production from its Kearl oilsands mine to 280,000 bpd from the current 200,000 bpd through the addition of supplemental ore crushers and self-driving haul trucks, along with other enhancements.

This report by The Canadian Press was first published Nov. 12, 2019.

Companies mentioned in this article: (TSX:IMO)

Typical twisted brain storming from the biggest recipients of government subsidies in the world. Blame Alberta. As though the province is the problem, as though oil sands petro products aren't a useless drag on the over-supplied oil industry, as though Various canadian provincial government and parties haven't been jumping thorugh hoop trying to get this poor excuse for carbon based energy to the market to satisify the pitiless, rapacious despoilers who have, and are, running Alberta into the ground.