In Doug Ford's transportation budget, delays are counted as savings 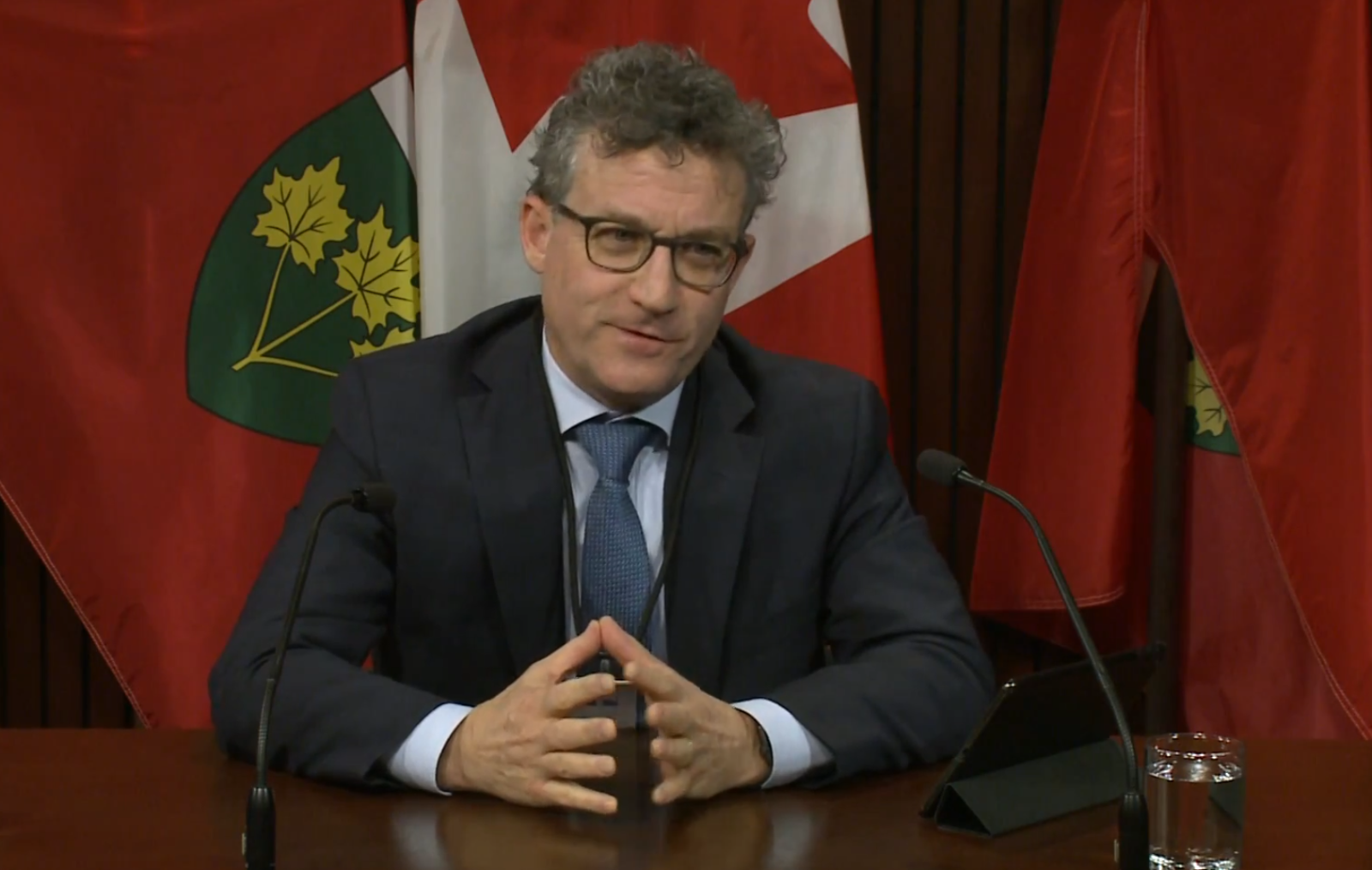 Peter Weltman, Ontario’s financial accountability officer, speaks to the media after the release of his office's report on the Ford government's transportation budget on Nov 14, 2019.
Previous story
Next story

The Doug Ford government’s transportation budget is assuming $9.4 billion worth of transit construction delays and counting that as savings without specifying which projects won’t be built on time, the province’s budget watchdog said on Thursday.

The Financial Accountability Office of Ontario (FAO) took a look at the budget for Ford’s transportation ministry, which is responsible for both roads and mass transit infrastructure, and found that transit spending was being cut by 40 per cent over five years compared to the former Liberal government’s 2018 budget plan.

That $18.5-billion reduction was due in part to the cancellation of a plan to build a high-speed rail link between Toronto and Waterloo, which the FAO estimated had been allocated some $7.7 billion over that timeframe.

But more than half was due to an unusual expansion of the presumed rate of delay baked into the longer-term estimates, Peter Weltman, the province’s financial accountability officer, told reporters at Queen’s Park following the release of the report.

The government has a $38-billion transit spending plan over the next five years, but is only asking for $29 billion since it doesn’t think it will be able to spend any more than that.

Weltman said the delay rate was typically around 17 per cent, but that the Ford government had bumped that up to 25 per cent this time.

“I don’t know why, and that would be a great question for the ministry to answer,” he said. “We didn’t have the time or the resources to get into understanding the analysis behind that ($9.4-billion shortfall),” he said.

The legislature is not in session this week.

Ford’s government has upended Toronto-area transit planning, initially seeking to take over control of the city’s subway system before relenting after the city backed its $10.9-billion Ontario Line project, due to be completed by 2027.

“Will this government meet the very ambitious deadline it's set for the Ontario Line?” Bell said. “This report is suggesting that it won’t.”

Weltman said he would have liked to have seen a specific target from the Ford government to reduce transit commute times, especially in and around Toronto.

He said an average car commute is 30 minutes and on public transit it is 50 minutes, and that he saw no ambition from the government to tighten that gap to encourage more people to leave their cars at home and take public transit instead.

Mike Schreiner, leader of the provincial Greens, said Ford was wrong to think “he can open Ontario for business while making gridlock worse by investing less in public transit.”