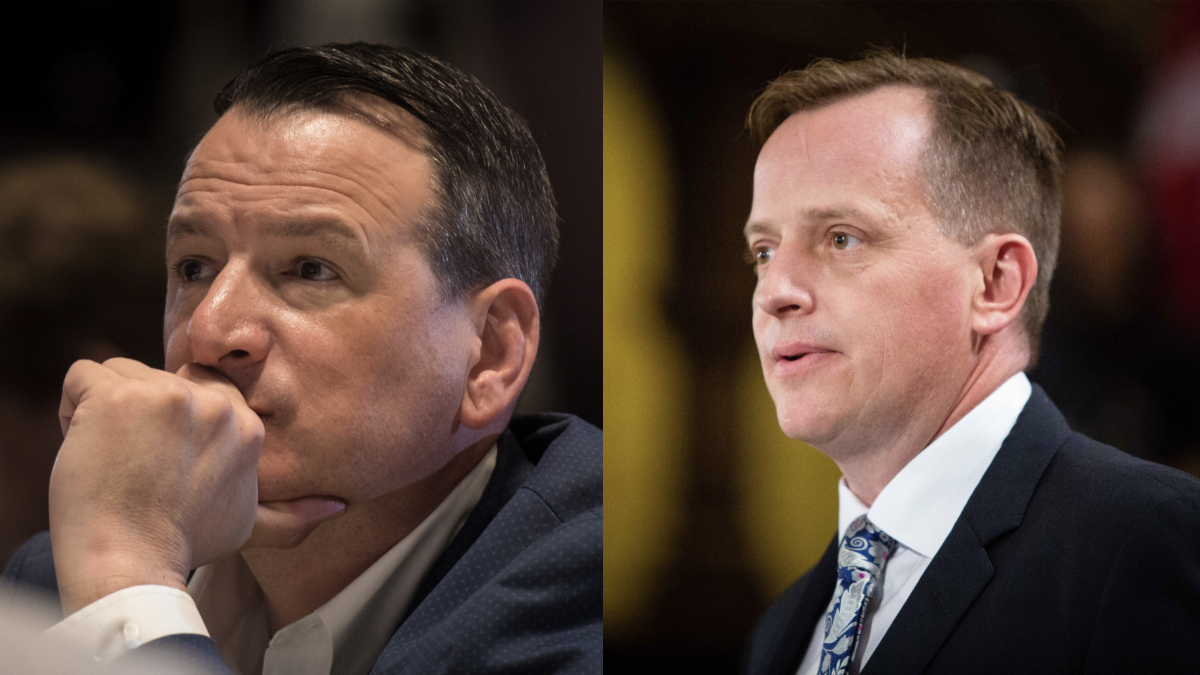 Doug Ford's Ontario government knew about a massive leak of sewage in Hamilton more than a year ago, and the Opposition NDP wants to know why it didn't think to tell anyone.

Some 24 billion litres of untreated sewage leaked into waterways in and around the industrial city between early 2014 and July 18, 2018, when it was discovered and reported to the province, the City of Hamilton said Wednesday.

The New Democrats' Sandy Shaw said it was "beyond disturbing" that the Progressive Conservatives "refused to make (the leak) public" and "refused to step in and help the city with this emergency cleanup."

"Minister, my constituents would like an answer as to why the ministry did not immediately tell the people of Hamilton when they learned of this incident that posed not only environmental risk but significant risk to human health," the MPP for the riding of Hamilton West—Ancaster—Dundas wrote in a letter to Jeff Yurek, the environment minister.

Yurek was not at Queen's Park due to a loss in the family and the premier deferred to Greg Rickford, the Progressive Conservatives' energy minister, on the question of when the government first got word of the spill.

"The city reported the discharge to the ministry’s Spills Action Centre on July 18, 2018," he said during question period at the legislature, adding that soon after the government learned of the leak, it asked the city for an assessment of the damage done and its plan to fix things.

"Shortly thereafter, the city was ordered to, among other things, to quantify the amount of sewage and what was in the sewage discharged to the creek, evaluate the impacts to the creek, assess the need for remediation and/or mitigation, provide the most effective method, including timelines, and submit that spill report with the cleanup efforts to date," he said.

The New Democrats' Sandy Shaw said it was "beyond disturbing" that the Progressive Conservatives "refused to make (the leak) public" and "refused to step in and help the city with this emergency cleanup."

Shaw responded with the same question she had for Yurek, now directed at Rickford: why didn't you tell us then?

Rickford did not directly respond to accusations of outright refusal to act either to help with cleanup or notify the public. He said a second order was issued last week "requiring clarification and confirmation of impacts, recommendations for remediation, mitigation and monitoring."

The city has also defended its secrecy about the leak, only coming clean shortly before the Hamilton Spectator published its story based on confidential reports the newspaper obtained about the spill.

City councillors had known since January that enough sewage to fill 10,000 Olympic swimming pools had escaped undetected over four years from a sewer overflow tank into Chedoke Creek, which outlets into Cootes Paradise, the newspaper reported.

Those reports, dated Jan. 16 and Sept. 4, had city staff recommending the city keep details of the spill hidden from the public as long as possible because of fears of potential legal action and/or criminal charges.

The city did not tell even tell the Royal Botanical Gardens, which manages and leads restoration efforts in Cootes Paradise, a 600-hectare wildlife sanctuary, when the leak ended, the Spectator further reported.

One city report obtained by the Spectator showed $2 million worth of dredging might be necessary, with an estimated 5,600 cubic metres — or 560 truckloads — of “organic sediment” identified for potential removal along the creek.

"Hamilton city council takes this matter very seriously and today is sharing additional information that has become available based on the city's investigations," the city said in its release cited by the CBC.

Rickford said the Ford government was now engaged with the city, the Hamilton public health unit, the Hamilton Conservation Authority and other agencies to ensure appropriate mitigation and the matter has been passed to the ministry’s investigation and enforcement branch.

In her letter, Shaw also called on Yurek "to make public all relevant studies, reports, sample results and plans the Ford government has regarding the 24 billion litres of untreated sewage contaminating freshwater systems in the city."

It's incredible that news of

It's incredible that news of this sort can be suppressed. The public MUST be Immediately advised of sewage leaks and spills!