It was pitch black, they had fallen through the ice 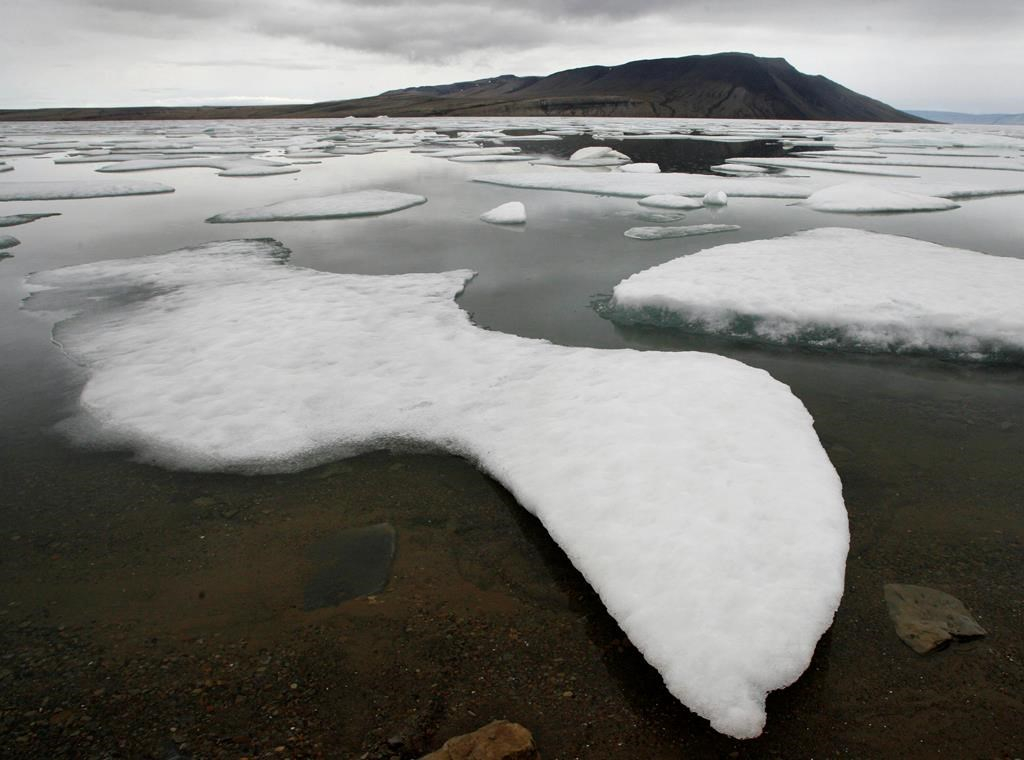 For Keith Morrison, the consequences of this fall's extraordinarily warm weather across the North all came down to an urgent call for help.

The fire chief for the Arctic community of Cambridge Bay in Nunavut was at home the evening of Oct. 6 when he got word that a couple had fallen through the ice near a river mouth.

"It was pitch black," Morrison recalled.

"The only light was from the machines themselves. He was standing on his snow machine and she was on the komatik (sled), deep enough that most of their bodies would have been in the water.

"I took out rope. One of their grandsons grabbed the rope and jumped in to get the lady out. Shortly after, we found a boat and they used that to get her husband.

It shouldn't have been a thing at all. That stretch of ice is normally safe by this time of year, but this autumn has not been normal.

"What differentiated this year was we saw a widespread warmer temperature anomaly across the board in the Arctic," said Environment Canada meteorologist Eric Dykes.

"Temperature anomalies that are five degrees above normal are happening a little bit more readily than they have in years past."

Data from around the Arctic bear him out.

In Inuvik, N.W.T., temperatures on every single day between Sept. 1 and Nov. 11 were above normal. In Nunavut, Pond Inlet had only one day of below normal, while above-normal days occurred about 80 per cent of the time in the communities of Cambridge Bay and Pangnirtung.

Not only were temperatures warm, the amount of warming was noteworthy.

The Canadian Forces Station at Alert, on the top of Ellesmere Island, broke a record for Sept. 6 this year by six degrees.

Pond Inlet experienced one day that was 11 degrees warmer than average.

The U.S.-based National Oceanic and Atmospheric Administration found that sea ice in October was at its lowest extent since records began in 1979. That's 32 per cent below the 1981-2010 average.

"This fall we saw a much more widespread warming," said Dykes. "Not only that, the stations that did warm were warmer than they had been the previous two falls."

Andrew Arreak, who works in Pond Inlet for a group that helps people make safety judgments about sea ice, said there was still open water near his community this past week.

"People are usually on it the beginning of November. Yesterday, I was finally able to go on it."

It's not the only change.

"There have been more sightings of killer whales, increasing every year," Arreak said.

"Insects are being reported that aren't usually around the area. We don't even know what they're called."

Things have changed, said Morrison, who no longer goes out on his Thanksgiving weekend ice-fishing trip. "A lot of people are noticing the ice is not what it used to be."

Two days after he helped haul the elderly couple out of the freezing river, two young men went through the ice in shallow water.

"The route they were taking was one they've been taking all their lives without much of an issue," Morrison said.

"The ice was thin and they went through."