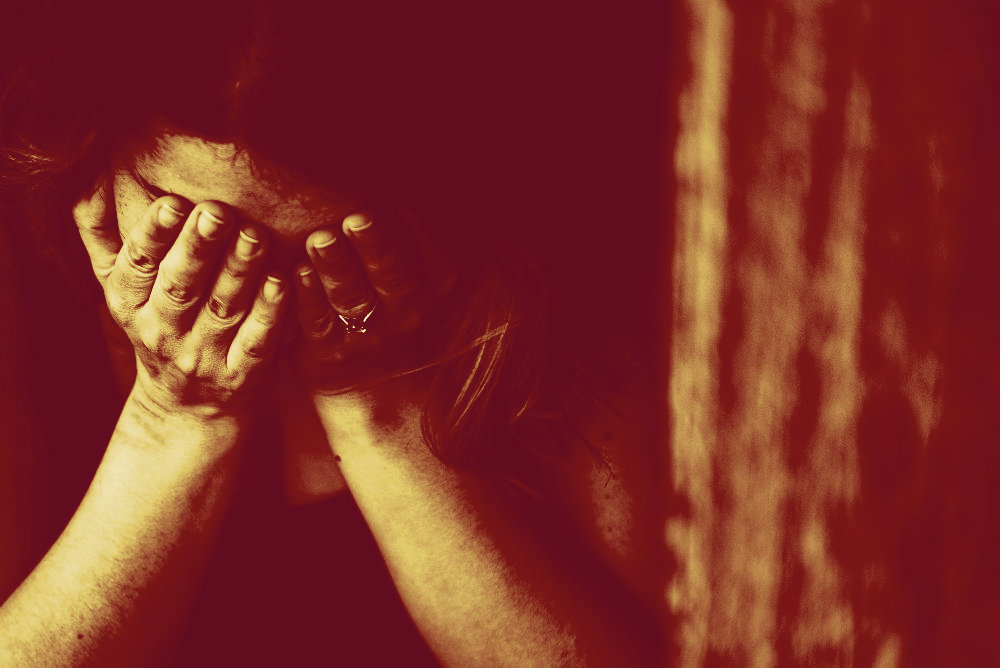 Photo by Kat Jayne via Pexels.com
Previous story
Next story

A few weeks ago, I was in Edmonton to speak about the rise of the far right on social media. My talk coincided with yet another weekend of online abuse. Every few minutes, when I checked my phone, there were two to five new messages insulting and harassing me. They were responding to a Twitter thread I wrote that listed some parallels between hockey culture and Canadian culture related to racism, misogyny and violence as a means of exercising power.

One of the messages made me pause. “[Y]our address has been posted on numerous pages now and people know you are arriving at your airport,” the stranger wrote. He wanted me to know that, even though he disagreed with me, he didn’t agree with the violence and threats he was seeing.

I didn’t convince him to tell me where he saw these comments. But I thanked him and went back to thinking about my speech.

Most of what has been written to commemorate the 30th anniversary of the massacre at École Polytechnique has focused on the obvious: gendered violence and femicide are still epidemic; incel violence has eerie echoes of what we know drove Marc Lepine; violence against women disproportionately impacts racialized, poor, marginalized, trans, disabled, queer and Indigenous women. These are important facts.

But violence against women is mundane in Canada. Indigenous women and girls experience horrible and consistent violence, and politicians shrug if they react at all. Every day, there is a reason to talk about violence against women. The École Polytechnique anniversary gives us a moment to confront an inconvenient truth: Politicians and corporate media are actively making things worse. They have failed to understand that men are radicalizing online; and, worse, many have found ways to exploit it, diminish it or simply ignore it.

It’s impossible to know what will spark someone to take a violent action. Alexandre Bissonnette delayed his shooting spree by two months because he was afraid someone had seen him loading his guns in the parking garage of the mall he had planned to attack. He eventually carried out his massacre at the Islamic Culture Centre in Ste-Foy. He sought to impose violence on people who he didn’t know and who had never harmed him, Bissonnette didn’t target Justin Trudeau, for example, whose tweet welcoming Syrian refugees had, Bissonnette said later, provoked him to carry out a murder spree.

Bissonnette, Lepine and Toronto van attacker Alec Minassian each engaged in violence that did not target those people who they claimed were causing the most harm. Despite having a list of high-profile feminists that Lepine wanted to attack, he murdered women simply because they studied engineering. Regardless of the threats that many of us who are high-profile receive, Canadian history tells us that their targets are rarely us. Their violence is terrorism: it’s seemingly random and poses a danger to all Canadians.

But modern radicalization requires a bogeyman to whip up anger. Key actors within the far-right are turning those of us who speak and write critically into demons in their own vision. They construct a fake reality where we want all men to die, or at least be deeply unhappy. They aggressively promote this fantasy on message boards and on far-right blogs. If this is believed and internalized by a man somewhere who has easier access to a gun than he does to social services, it becomes a violent problem that places everyone at risk.

Instead of debunking the far-right rumour mill, far too many politicians eagerly exploit it for political gain. Rather than explore and deconstruct the public flaying of left-wing intellectuals, Canada’s establishment media either ignore the phenomenon or, worse, they join in the pile-on. The Internet’s power to destroy social solidarity has been incredible and swift and, sadly, these protectors of the status quo seem happy to watch from the sidelines, sometimes cheering, sometimes sneering, but so far, never intervening to say, wait — if we don’t find a way to stop this, more people will be murdered.

Every 2.5 days, a woman or girl is murdered in Canada by someone she knows. In the first three months of 2018 in Ontario alone, at least 15 women and their family members had been murdered by men they knew. When, on April 6 of that year, 15 boys and men from the Humboldt Broncos hockey team were killed by a rookie hauler near Armley, Sask., I wrote on Twitter that it was depressing that these two tragedies, with the same number of victims (at the time, the 16th victim, Dayna Brons, was critically injured and would pass away a few days later), elicited such different reactions from Canadians. “I don’t want less for the families and survivors of this tragedy. I want justice and more for so many other grieving parents and communities,” I wrote.

For these words, I’ve been turned into one of these demons: a woman who hates white men and wants them to experience harm and misery. There’s no doubt that the image that the far-right has created of me has been used to radicalize certain men — I say no doubt based on the hundreds of horrifying messages from men I’ve received. These men, pathetic or not, struggling or not, lonely or not, are being radicalized, just like Lepine, Bissonnette and Minassian were, through a sophisticated network of lies that makes many of us impossibly evil to them.

Blaming his woes on feminists, Lepine took his revenge 30 years ago this year. And, with the help of journalists and politicians, we are creating the pressure cooker conditions for history to repeat itself again and again and again.

The names of the 14 women murdered at École Polytechnique on December 6, 1989:

Thanks, Nora. When the

Thanks, Nora. When the shitstorm over your comments on that tragedy broke over Twitter, I hadn’t seen them yet and didn’t know who you were. I was horrified by what I was seeing. So, I chased them down online and found, “I don’t want less for the families and survivors of this tragedy. I want justice and more for so many other grieving parents and communities.”

You had noticed the very same things I’d noticed, because they were real, then said that, and the country lost its collective mind. Was I surprised? Only by the intensity of the vitriol, but I’ve been struck many times by how much angry, even violent hostility you can express towards a woman or women, generally, without paying much social price.

In current news, Pakistani women are literally being sold to men in China. Those men can’t find wives, in large part because of all the women prevented from being born because no one wanted their one child to be a girl. Some lawmakers just to the south of us have formally granted a higher legal standing to the parasitic occupant of a woman’s uterus than to her. Also, closer to home, security experts in Canada are raising the alarm about technology that purports to be for the protection of children being used to stalk, intimidate and threaten women.

And that’s where we are this Dec. 6, in the year 2019. That Dec. 6, I registered deep shock but not surprise. What’s the difference? It’s the difference between knowing something’s terrible, and having how terrible it is smashed into your face with a brick.

So, I will be lighting a candle, and thinking of ALL the Barbaras and Annies and Genevièves.

There isn't much to add to

There isn't much to add to either Ms. Loreto's article, or the the first comment - except to note that while the violence continues and even escalates, the #metoo movement and other mobilizing groups have begun, perhaps, a revolution in the exposure of the holocaust.

Some would say the exposure is not helpful - that it just emboldens the perpetrators, gives them targets to aim for; see how many more females one can slaughter to exceed the latest atrocity. Worse, that may well be true and probably will occur someday, especially if we fail to change the male standards of our culture, and our judicial and law enforcement response.

Back in the Victorian dark ages, there was a common phrase of disdain - "A gentlewomen's name should never appear in the papers except to announce her birth, marriage and death." Birth, and marriage are benign enough but HER death, if the result of male violence, should never be ignored and should be registered with repugnance and outrage.

Men kill men all the time, in numbers far exceeding the murders of women, and should be equally condemned. However, the difference is one of power imbalance. Men against men is in some ways a contest of equals (of course that excludes gangs or the phenomenon of police swarms.) Men killing women is almost never a contest of equals. It serves no evolutionary purpose, just the opposite. There is no moral or ethical justification. It is the essence of male aggression. Perpetrated because the man, simply, CAN, and too often gets away without penalty.

The struggle to acknowledge women as equal human beings - despite its ancient origins - is only just beginning to make a difference in human society. Just a sliver of sunlight can now be discerned against the suffocating black background of male hegemony. We may have come along way, babe - but we still have miles and miles to go.

How can a country study the

How can a country study the problem of missing and murdered indigenous people for years, and completely miss 2/3 of them because they are male? How can I believe anyone writing about the women is interested in equality?

You should be aware that one

You should be aware that one sign a man is indifferent to the reality of violence against women, is a sense of aggrieved anger that women are the focus at all.........for the misogynist, any attention given to women's particular situations, is a sign of bias, or distortion.....that kind of 'what about the men?" objection reveals a masculine anger that women's situations are being highlighted at all. It conforms to the bit in the article about how Victorians thought about news about women.....birth, marriage, death....and the rest should be silence.

But violence against women is real Bob.......and sadly the stats haven't changed significantly in the 30 years since the Polytech Massacre. That should be a shocking shame to all of us, men and women.

Of course men are victims of violence as well........and perhaps an article on the kind of violence men experience would be helpful. But we both know most men aren't murdered by women....so even if we do focus on male fatalities, we'll still be talking about male propensities for violence. Nor do those male victims cancel out the epidemic of violence against girls and women, which is the focus of this article.

Your rather cursory efforts to change the topic.......back to men.....is revealing. As to your accusation that focusing on violence against women indicates the writer isn't interested in gender equality.........that seems like none sense to me. Are you saying that we have to give male victims of violence equal time in articles on female violence, or we're being 'unfair'???? I must confess your logic eludes me. Your anger doesn't.