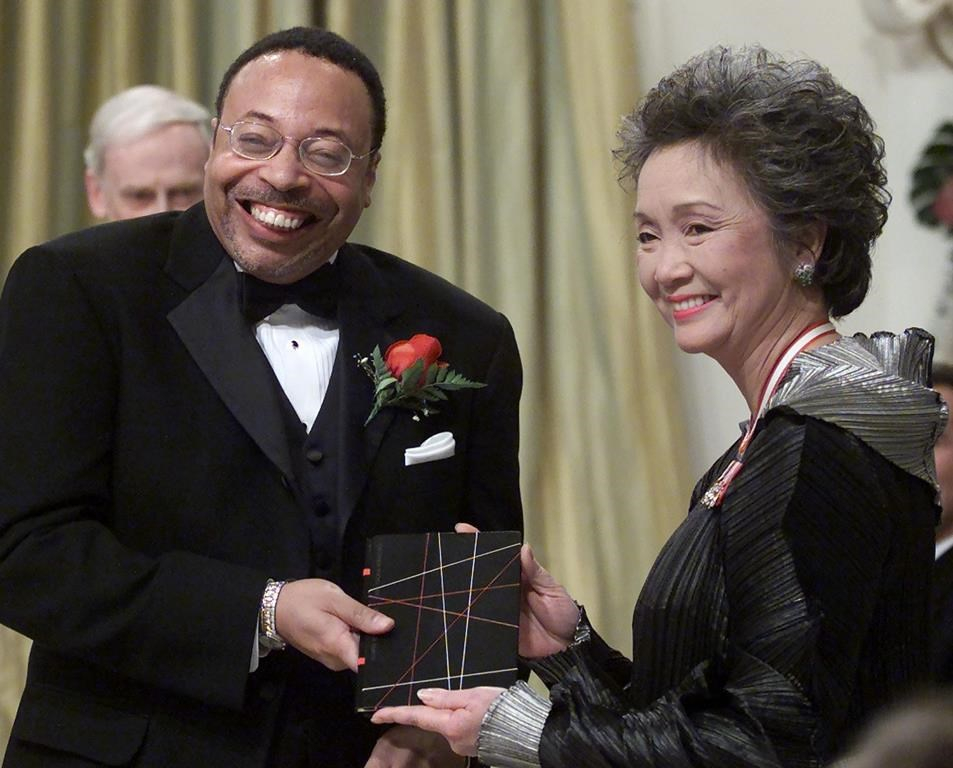 The University of Regina is being urged to cancel a lecture by a celebrated Canadian poet who has worked with an Indigenous woman's killer, but the school says doing so would go against its principles.

George Elliott Clarke was invited to deliver the Woodrow Lloyd Lecture on Jan. 23. His talk is entitled "'Truth and Reconciliation' versus 'the Murdered and Missing': Examining Indigenous Experiences of (In)Justice in Four Saskatchewan Poets."

The school says Clarke has edited poetry by Stephen Brown, who changed his name from Steven Kummerfield. Brown and his friend Alex Ternowetsky were convicted of manslaughter in the beating death of Pamela George near the Regina airport in 1995.

Brown was sentenced to 6 1/2-years and granted parole in 2000 in a case that underscored the racism Indigenous people in Saskatchewan face. He now lives in Mexico.

"It's still such an open wound in our community," Misty Longman, manager of the university's ta-tawaw Student Centre, said Thursday.

"And maybe it wouldn't be if there wasn't still an ongoing crisis."

A national inquiry last year said the disappearances and deaths of Indigenous girls and women in Canada amounts to genocide.

Longman said she and other Indigenous women urged the Woodrow Lloyd committee late last year to consider the harm Clarke's lecture may cause.

"It was heartbreaking to leave at the end of the year knowing that that was still going to be going forward."

In a statement, the university called Clarke a champion for social justice. His biography says he is a Nova Scotian of African American and Mi'kmaq descent.

Richard Kleer, dean of the faculty of arts, said neither the school nor Clarke condone Brown's "heinous crime."

"In fact, they both fully support the Truth and Reconciliation Commission's calls to action, including publicly acknowledging and condemning any violence directed towards Indigenous women and girls in Canada. Having Clarke speak at the University is witness to that commitment," Kleer said.

"Furthermore, and as a matter of principle, denying someone a speaking platform, or censoring their message, simply because they have had a working relationship with a convicted criminal goes against everything a university should stand for."

Clarke, during his 2016-2017 tenure as parliamentary poet laureate, highlighted two of Brown's works as "poems of the month" and likened him to Beats poets Jack Kerouac and Allen Ginsberg.

Clarke did not immediately respond to interview requests through the University of Toronto, where he teaches, or his publisher.

He told CBC News he "may or may not" read a poem by Brown at the lecture.

"In no way, shape or form would this be about mitigating or alleviating the gravity of his offence," he told CBC, adding he would not pander to "so-called intellectuals" who want to send a "lynch mob."

Longman said those remarks show a lack of compassion.

"He's almost baiting us ... 'Will I say his poetry on this territory?' We don't know," she said. "That is so ignorant and so condescending."

Several Indigenous writers and academics registered their dismay on Twitter.

Haudenosaunee author Alicia Elliott said it's "heartless behaviour" to consider reciting poetry by a perpetrator of the violence he's supposed to address in his lecture. And Darrel McLeod, who won acclaim for his 2018 memoir "Mamaskatch: A Cree Coming of Age," accused Clarke of "capitalizing" on his association with Brown.

Vancouver's Massy Books tweeted it would pull Clarke's books from its shelves.

Heather Bear, vice-chief of the Federation of Sovereign Indigenous Nations, said she's "disgusted, disheartened and hurt" that the university would consider allowing Brown's work to be promoted — even indirectly.

Geography and environmental studies professor Emily Eaton quit the Woodrow Lloyd committee over the issue, writing in her resignation letter that there is not enough time to have conversations and healing before the lecture so it might contribute in some way to reconciliation.

"To go full steam ahead when we have been told to slow down and to reconsider is an example of where the university clashes with the kinds of Indigenous protocols and knowledge we claim to be incorporating, and even welcoming and celebrating."

— with files from Adina Bresge in Toronto

This report by The Canadian Press was first published on Jan. 2, 2020.