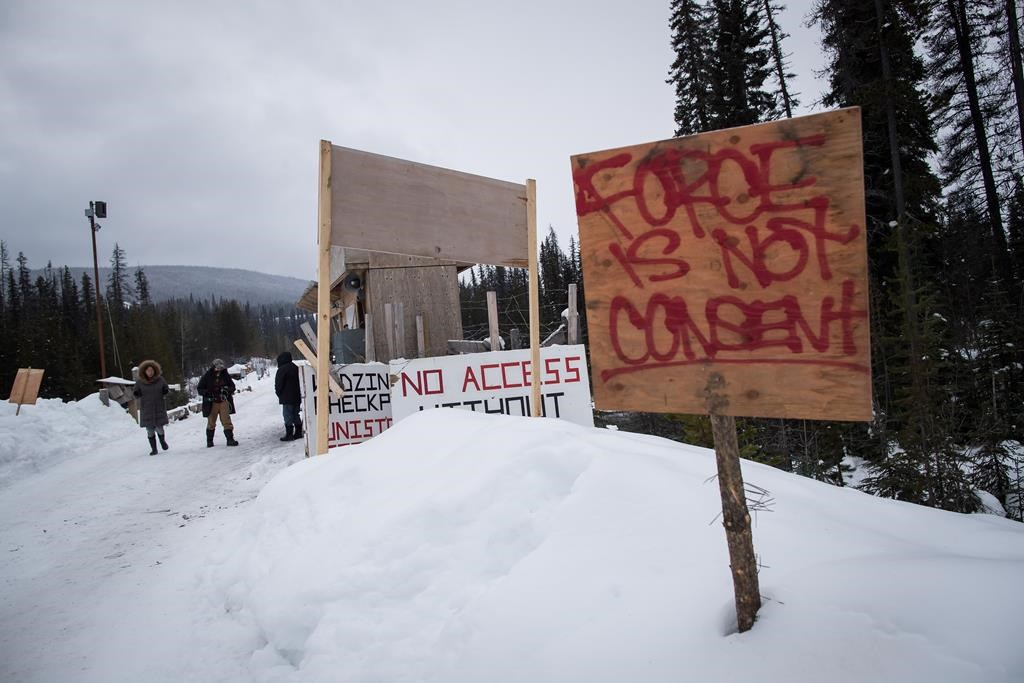 A checkpoint is seen at a bridge leading to the Unist'ot'en camp on a remote logging road near Houston, B.C., on Thursday, Jan. 17, 2019. File photo by The Canadian Press/Darryl Dyck
Previous story
Next story

A First Nation in British Columbia has served a company that wants to build a natural gas pipeline through its territory an eviction notice.

Wet'suwet'en First Nation issued the notice Saturday night to Coastal GasLink for an area within their traditional territory near Huston, B.C.

The letter, signed by a number of chiefs, says workers are "currently trespassing" on its unceded territory.

Jen Wickham, a spokeswoman for one of the five clans that make up the First Nation, says workers and contractors complied with the notice.

Coastal GasLink, which did not immediately respond to a request for comment, says in a statement on its website that it received the notice which demanded it remove its equipment from areas in which it is legally permitted to operate.

On Dec. 31, the B.C. Supreme Court granted the company an injunction against members of the Wet'suwet'en First Nation and others who oppose the company's pipeline.

The company also said its workers discovered felled trees early Sunday morning that make a road impassable, and while it is unclear who is responsible it said "this action is a clear violation of the interlocutory injunction."

The $6.6-billion Coastal GasLink pipeline would transport natural gas across 670 kilometres from northeastern B.C. to the LNG Canada export terminal in Kitimat.

This report by The Canadian Press was first published Jan. 5, 2020.