Bryan Brulotte throws hat in the ring for Conservative leadership 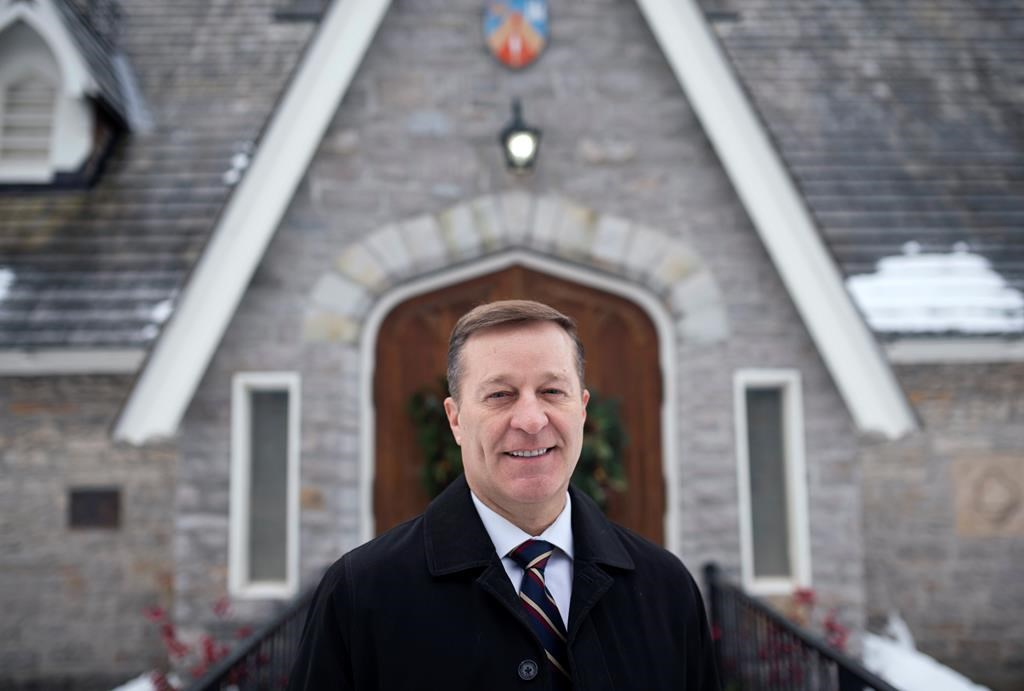 Bryan Brulotte, who is entering the leadership race for the Conservative Party of Canada, is shown in Ottawa, on Sunday, Jan. 5, 2020. Photo by The Canadian Press/Justin Tang
Previous story
Next story

When it comes to potential candidates for Conservative leadership, Bryan Brulotte isn't exactly an outsider. He's been involved in conservative politics for nearly three decades.

But around those mostly volunteer efforts, he served in the military, got an M.B.A., and built what would become a multi-million-dollar staffing company.

Now he intends to leverage that insider-outsider status to make a bid for the federal party's leadership, starting in earnest on Monday.

Though an election date for the new Conservative leader has been set as June 27, the race itself has yet to officially begin.

But Brulotte says he is starting now because one of his greatest assets in the race is also a major challenge: he's not a career politician and he has virtually no national profile.

"The only way we are going to win is to bring in new people," he said in an interview at a downtown Ottawa coffee shop, fresh from filming a promotional video with his wife, two daughters and three dogs near their Chelsea, Que., home.

That video, a social media campaign and newspapers ads all hit the public domain on Monday, aimed at drumming up the supporters he'll need to formally launch a bid. The new members he hopes to recruit to the party in turn, he believes, will become the new voters the Conservatives need to form government.

He wants to draw them in with what he calls his vision for Canada, reflected in a policy document called "A Country for All," that sets out ideas in eight areas.

Some are designed to get people talking, such as finding a Caribbean nation to become a new province or territory.

More broadly, the document is aimed at getting them to think, and then talk, about the issues at stake in Canada, including the country's place in the world and the changing global and domestic economy.

"As a society, there is a widespread misunderstanding that only socialists and Liberals care about people," he writes in his policy document.

"I'm a capitalist and I care."

For example, Brulotte is proposing moving Canada's tax system towards a negative income tax, which sees the government top-up incomes for people who make less than a certain amount.

The idea is a twist on universal basic income, a program that gives everyone the same amount regardless of how much they make, and one that's gained increasing popularity as a means to address income inequality.

Brulotte is also proposing a luxury tax, but not because he believes the wealthy should pay higher taxes.

His would be on second vehicles or luxury cars, as a bid to reduce carbon emissions as part of a climate strategy.

Brulotte calls carbon taxes an effective policy tool, but believes a federally-imposed one can't work, in part because natural resources are provincial domain. But he also thinks so because every local economy has different needs, and different abilities to manage emissions.

"It's myopic to believe that we should have one-size-fits-all when it comes to the carbon tax."

A strong belief in a decentralized federal government goes back to his upbringing.

Brulotte, 55, grew up in Quebec, and was based in the province during most of his early military career.

"By being a Quebecer, a bilingual Quebecer who has served across the country and internationally, I think that personifies what many Canadians would like to see in the leader," he says.

His military experience — among other things he served in Cyprus, and later as the aide-de-camp for the Governor General — and then his decades running his company MaxSys give him experience career politicians don't have, he says.

"I have been through a lot of ups and downs, a couple of recessions, more successes than failures, but a few of those. I can bring that to the table."

Brulotte's first taste of politics came in 1993, as deputy chief of staff to a Progressive Conservative cabinet minister. He also ran — but lost — as a PC candidate in 2000. He then volunteered for Peter MacKay's bid for leadership of that party in 2003. He also helped raise money for Maxime Bernier's attempt to lead the federal Conservatives in 2017.

He's wanted to run again, but was waiting for the right time on the home and business fronts.

His daughters are in their early teens, he finally hired a president to run the company in his stead, and has committed to seeking a seat in the next election, no matter what.

But when Conservative Leader Andrew Scheer quit in mid-December, he decided to make the run for the top.

"I've been serving all my life, I've been leading organizations and people all my life, and now it's this conviction to serve the country in this role," he says.

Among Scheer's failings was an inability to express his anti-abortion position and views on same sex marriage clearly, including his refusal to march in a pride parade, Brulotte says.

Brulotte says he supports a woman's right to choose, and on same-sex marriage looks forward to his first chance to march in a parade.

It could come soon — the Conservative leadership vote will take place in Toronto, the same weekend as that city's pride festival.

This report by The Canadian Press was first published on Jan. 5, 2020.

Now who will lead Canada's Conservatives?