NS effluent dumping mill to move ahead with environmental process 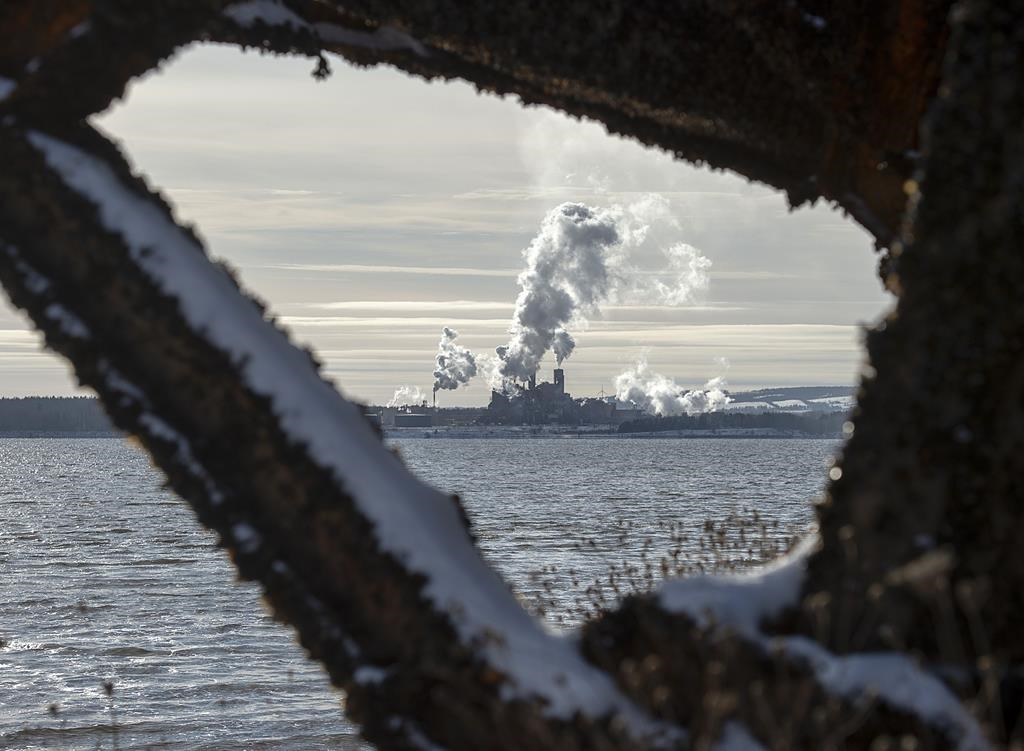 After weeks of warning of the pending end of its mill operations in Nova Scotia's Pictou County, Northern Pulp now says it is committed to remaining in the province for the long term.

In a statement Thursday, the mill's parent company, Paper Excellence Canada, said it intends to complete an environmental assessment required by the provincial government. Environment Minister Gordon Wilson rejected the company's most recent attempt to get approval for a plan that would involve pumping treated wastewater into the Northumberland Strait.

Following that decision last month, Paper Excellence said it would wrap up operations at the Northern Pulp mill because it couldn't operate without a place to dump its effluent. However, Thursday's statement appeared to indicate a reversal in the company's position.

"Despite recent set-backs, we remain committed to the province and want to operate in Nova Scotia for the long term," the company said.

"Our team is currently focused on supporting our employees, developing plans for a safe and environmentally responsible hibernation, and working with the government of Nova Scotia and stakeholders to determine next steps."

The company pointed out that since purchasing the mill in 2011 it had invested more than $70 million in "people, technology, and processes to improve our production and reduce our environmental impact."

The statement came shortly before Premier Stephen McNeil announced $7 million to assist silviculture and forest road building operations in the central and western regions of the province following the first meeting of a government-industry transition team. The team will advise the government on how to spend a $50-million assistance program for the forestry industry.

The jobs transition fund was announced Dec. 20, when Wilson called for the mill to conduct the environmental assessment.

Kelliann Dean, the deputy minister of intergovernmental affairs and trade who heads the transition team, said the money announced Thursday should support between 250 to 300 workers for about a year.

Dean also said an official with the Department of Labour and Advanced Education also held information sessions on Monday with affected mill workers to help them access various programs already in existence, such as counselling and job retraining.

McNeil said work is also being done to ensure the stability of the mill's pension plan and that workers who are eligible for benefits receive them.

He said his government has been preparing over "a period of time" to come up with ways to support the forestry sector, but was also assessing whether the help would endanger Nova Scotia's exclusion from softwood lumber tariffs levelled against Canada's forest industry by the U.S.

"There's lots of suggestions out there about what we should do ... but we have to put them through the test of whether or not they would be seen as a subsidy," said McNeil.

He said the rest of the $50-million fund would be rolled out over time, with the transition team scheduled to meet every Tuesday for the immediate future.

Earlier Thursday, Premier Stephen McNeil said the mill would have to comply with the legislated Jan. 31 deadline for the closure of its current effluent facility in Boat Harbour, N.S., located near the Pictou Landing First Nation.

McNeil said while he hasn't been in direct contact with company officials about their future plans, they have been in discussions with the provincial departments of environment and transportation and infrastructure renewal.

He said he believes the company's wish to continue with the environmental process indicates they want to continue to operate in Nova Scotia.

"They've talked about it going dormant — mothballing the plant — which means they have to winterize it," said McNeil.

In the meantime, McNeil said the province, which has responsibility for the current discharge pipe running from the plant to Boat Harbour, is in discussions with the Pictou Landing First Nation about allowing remaining effluent from the plant to be dumped as the province cleans the pipe out and caps it.

With the continuance of the environmental assessment process, the province has issued a draft terms of reference giving the public until Feb. 7 to comment. The final terms will be provided to the company in April, after which it will have up to two years to complete its report.

The premier said the company's decision to move ahead with the environmental assessment wouldn't alter the government's plans for the job transition fund to assist more than 300 workers at the mill and more than 2,000 workers in the province's forestry sector.

"They are two separate issues altogether," McNeil said. "We have to prepare a plan without a paper mill. If one comes on at some point that's good, but we have to transition this sector."

This report by The Canadian Press was first published Jan. 9, 2019.